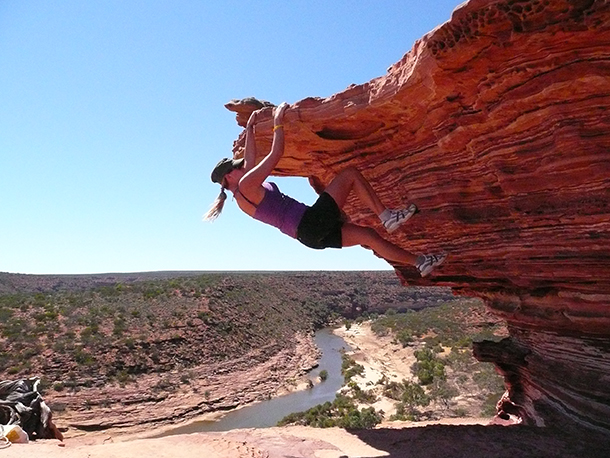 Finding Work on a Gap Year in Australia

Suzanne Koukal, a Canadian citizen, decides to take a gap year in Australia at the beginning of 2009. Studying a semester abroad at the Copenhagen Business School in Denmark during her last year at University, definitely has been a motivation in deciding to take a gap year. In this interview she gives useful recommendations to other travelers looking to work in Australia.

How did you get a job at the Victorian Electoral Commission in Australia? Where did you find it? Did you do an interview or did you send just an application on-line? Was it a part-time or full-time job?

Suzane Koukal: How I ended up getting my job at the Victorian Electoral Commission was not in your typical way at all and has a good story to go with it! At the time I was actually living in Wollongong in NSW and a friend of mine from Canada who was also traveling at the time phoned me to see how my job search was going in Wollongong, which at the time was not producing any results. He let me know that he had landed a job at the VEC to help with post state election activities as he had helped out previously a few months ago on a municipal election. So he pretty much said to me that they were looking for some extra help and if I could be in Melbourne in two days I could pretty much be guaranteed a job! So he passed along my resume, I booked a flight and two days later met the VEC team and was pretty much hired on the spot! It was a full-time contract role that lasted for about 4 months.

But what makes this such a fun story is how my friend originally got connected with the VEC is that before he came to Australia he was backpacking in Europe and met an Australian guy at a hostel that he was staying at in Paris. They got along well and stayed in touch and the Australian let my friend know that if he was looking for work in Australia that he had done contract work with the VEC and could possibly help him secure work. So that’s exactly what happened and how my friend worked that first municipal election.

So moral of this story is that you never know what working opportunities you can come across from having a conversation with someone and how keeping in touch and networking can spread the opportunities to others! 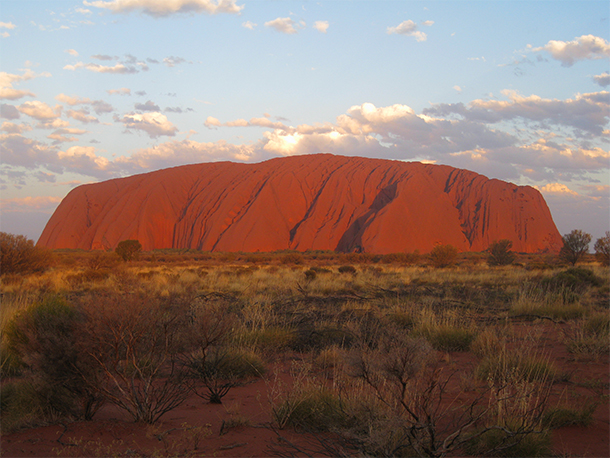 As a Canadian citizen, what were the Visa requirements, or other documents required, to get a job in Australia?

Suzane Koukal: Before coming to Australia I did have to apply for a working-holiday Visa. This was a pretty straight forward process in that I could submit an application online for consideration and within a 48 hour waiting period you find out if you have been approved or not. As both being Commonwealth nations I think that is why the process was more simplified. With this Visa it allowed to me to work for any employer for up to a six month period. Upon being approved you receive your Australian Business Number (ABN) to which you need when applying for jobs. Upon arrival to Australia you then need to apply to get your Tax File Number (TFN). Other than that all I needed to have was a bank account set up for automatic deposits to be transferred into. 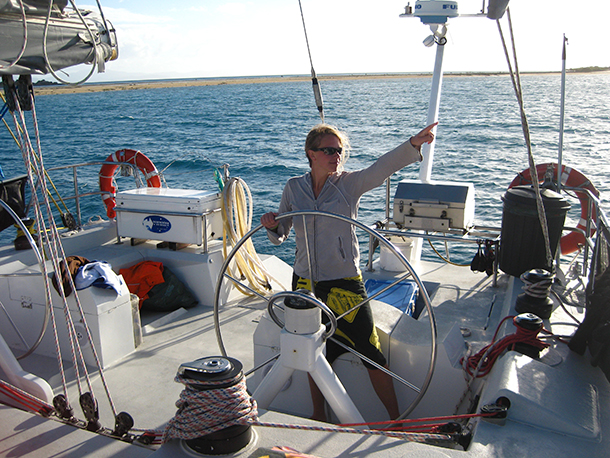 Your job at the Victorian Electoral Commission, how was it different than the work environment back home? What was your day-to-day routine like?

Suzane Koukal: I would say the environment at the VEC was pretty similar to an office environment back at home, but what made this a unique experience was that because this was a temporary department that only comes into action to handle post election activities there was such a wonderful mix of people in all stages of their career and life. Our office was a mix of travellers like myself, university students, retirees, freelancers, part-timers etc. For us Canadians it was such a great experience to get to know all the Aussies there and it truly made my time in Melbourne that much more memorable!

The day-to-day was coming in the office for 8am and you were assigned to a certain station, whether it was mail processing, voter response review, the inquiry phone lines, and/or payment collection/account processing. You would typically be at one station for a couple of weeks and then depending if another station needed help you would be reassigned. Typically our days ended around between 4 and 6pm. 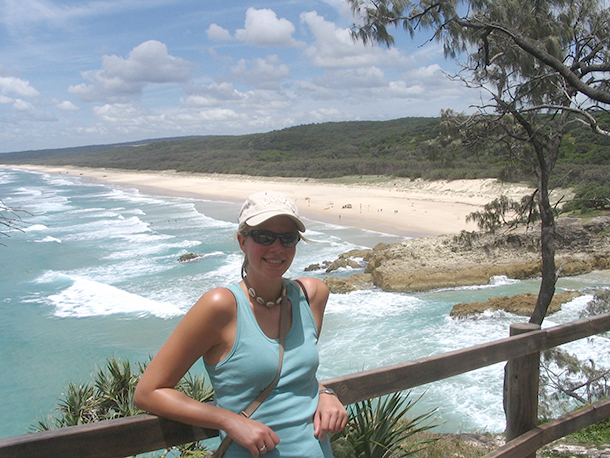 What about your job at the education company? Where did you find it? What was it like?

Suzane Koukal: Another good story! Haha So in arriving to Darwin I booked myself a 3-day overnight camping trip in Kakadu National Park and on this trip I met an Australian girl who I became really good friends with. She was up visiting Darwin from Alice Springs where she was currently living and in exchanging our travel stories I let her know that I was in the process of looking for some contract work and that I was actually making my way to Alice Springs in a few weeks. She let me know that the small education company that she worked with was going through an audit and that they could probably use some help with admin and miscellaneous stuff to ensure they had everything ready for audit. I was like that would be perfect! So she left Darwin a few days after our camping trip and we stayed in touch.

In the few days before I was due to arrive in Alice Springs she followed up with her boss to let him know that she had a friend coming into town that could provide some extra help and he was totally onboard. So I registered with the local temp agency and was officially hired!

I worked there for about 3 weeks and it was going into the office for 8:30am until about 6ish or later if there was a lot to do. It was a small team so really got to know everyone and learn about the great stuff the company was trying to do to help provide education to remote aboriginal communities in the Outback. 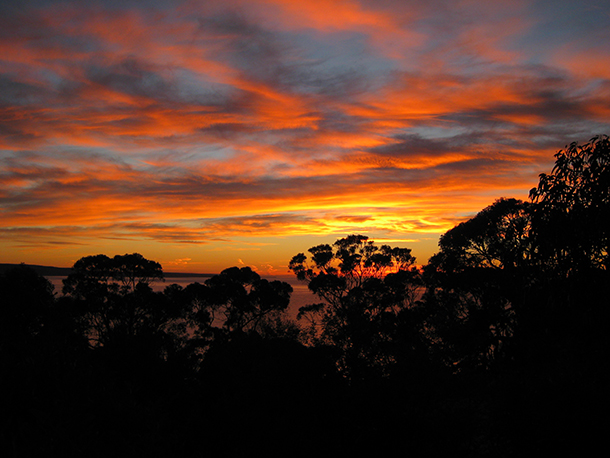 If we may ask, how much did you get paid for each of the jobs? 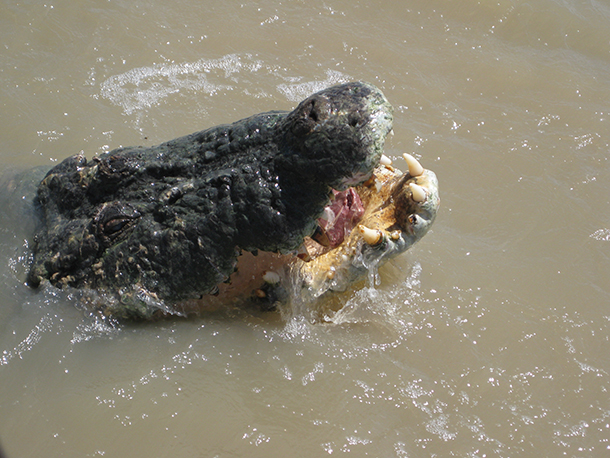 What recommendations do you have for other travelers looking to work in Australia? Is it possible to arrange a work placement before you arrive?

Suzane Koukal: Well as I had great success with simply talking to and knowing people I totally recommend always letting people you know and meet know that you are looking for work, because you never know what opportunities they may know about it!

I would also suggest signing up with multiple local temp staff agencies, looking at online job boards. Also when staying at hostels there are lots of resources available and typically a job board of local businesses looking for help.

Fruit picking/farm work is also popular amongst travellers as if you do at least 3 months of this type of work you are able to apply to get a year extension on your working-holiday visa. The work is labour intensive and long hours, but from the people that I met that did it, they had great stories of the amazing people that they met!

In terms of securing work before arriving I’m sure this is totally possible, it depends really on the type of work that you are looking to secure I would say. Though, I think if you are looking more for casual work you will probably have better luck with your search once you arrive and then you can literally just hit the streets and start handing out your resume to local retailers/bars/cafes.