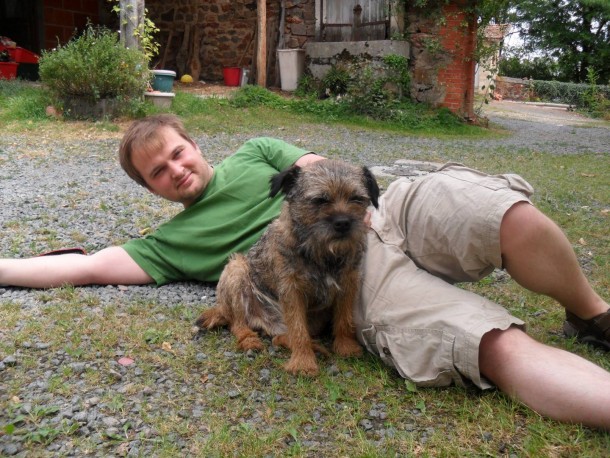 How to House-Sit in France During a Gap Year

James Cabe, an Irish/British man, before moving to France for a year had lived and worked in the United Kingdom, working an office job in marketing. He claims that it was the typical life of someone in their mid 20s – working 9-6, trying to go the gym at some point during the day and spending most of the life daydreaming about the next holiday. But then…

Why did you decide to take a gap year?

James Cabe: After working for several years, I wanted a change of scenery and a change of lifestyle. I’d initially planned to go backpacking in South America but because I had to go back to the United Kingdom a few times over the course of the year, I decided to spend a year living in France.

At the same time I came across house sitting which is where you look after other people’s homes (and usually pets) while they’re away. Having once spent a month couchsurfing my way around Eastern Europe, the idea of getting a whole house to myself sounded luxurious.

France had more house sitting opportunities than most other European countries, and so that convinced me that I should definitely spend the year there. 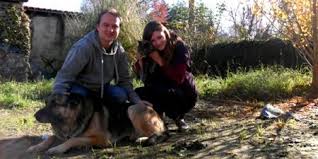 James Cabe: At the time there was very little written about house sitting, especially in terms of blogs and first-hand travel experiences. There were a couple of news articles and press releases from house sitting sites, but that was about it. Every time I searched for new information about house sitting, I kept turning up the same articles. In terms of house sitting, I had to work it out for myself but in terms of living in France, learning French, and everything else, there was plenty of information out there. Angloinfo, which is a site that mainly caters to retired expats, turned out to be the most useful site – I wasn’t house sitting in locations like Paris or Bordeaux, places that were easy to look up on sites like Wiki Travel or Trip Advisor.

Once the year was up I decided to fill that gap by putting together my own site (housesittingguide.com) and interviewing other house sitters about their experiences. I also helped write a short book on house sitting as well: The Complete Guide to House Sitting. This was only just recently published.

These days there’s a lot more written – there are quite a few blogs and house sitting has had a lot more coverage.

Were you scared before leaving?

James Cabe: Absolutely, although I didn’t realize it at the time. The unknown (even if I was only going to France and not deepest, darkest Africa) is always a little scary and it’s easy to find reasons to put it all off. 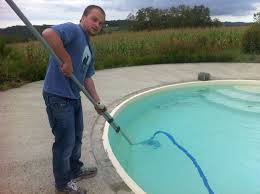 What did you do during the gap year? Where?

James Cabe: Over the course of almost a year I house sat a number of different properties across France, looking after everything from cats and dogs to turtles and even a farm of 18 alpacas.

The longest house sit I did was for five months, looking after an old farmhouse in the Midi-Pyrenees.

All of the house sits were in the countryside and so there wasn’t a lot of sightseeing to do, but I did spend a lot of time walking and enjoying the countryside (usually with a dog beside me).

Which language did you speak? If it was different from yours, how did you learn it? Taking a course or just chatting?

James Cabe: A mixture of French and English. The people that I house sat for were all English and so we only spoke English to each other, however the rest of the time I spoke French (or tried to at least!)

I tried all of the different home-study course: Michel Thomas, Pimsleur, Duolingo etc. 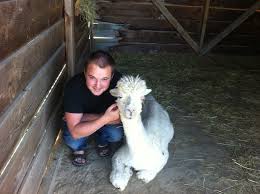 James and his favourite alpaca, Angela

What about the weather, the food, the habits, the religion abroad?

James Cabe: France wasn’t a world away from the UK in terms of weather or food, although France has it better on both counts. I spent a lot of time eating cheese and eating baguettes but despite the amount of cheese I ate, I still only tried a fraction of the 400 or so different cheeses France has.

I never really came into contact with religion while I was there.

What were the highlights? Choose three.

James Cabe: Looking after an alpaca farm was definitely a major highlight.

Getting to spend five months living in a house in France. This really made it feel like I was experiencing the culture rather than just passing through.

At one point I went to a dinner for the local community. I think it was eight courses in total, most of it caught by the local hunting community. That was a lot of fun and a good opportunity to speak some French. 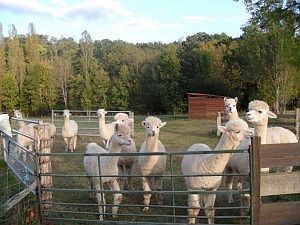 All of the female alpacas

What were the difficulties? Choose three.

James Cabe: I crashed the car at one point. Dealing with garages with only a limited amount of French was tricky.

One or two of the house sits had their own challenges, for example owners changing the dates of when they were going away. There were a few interpersonal challenges in that regard.

Living in the countryside had its pros and cons. It was incredibly relaxing and peaceful but at the same time this meant that there weren’t the same opportunities to make friends and practice French that you would get in a city.

How much did it cost?

James Cabe: Because I was house sitting I didn’t have to pay any accommodation costs. The only costs I had to pay were transport (I’d taken a car to France), food and drink (wine and cheese, basically) and leisure.

I didn’t keep a budget for the entire time that I was there but I doubt if I was spending any more than €200 a month.