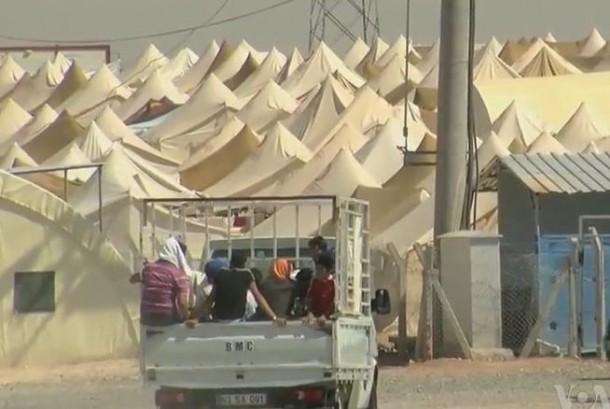 Is the West to Blame for Syria’s Refugee Crisis?

For years, the U.S. government wanted the regime of Bashar al-Assad overthrown in Syria. Their motivation? Al-Assad’s violent political repression and poor human rights record – mass arrests, abductions, torture, deprivation of food and medical supplies, among other crimes. But U.S. support for radical groups wanting to take al-Assad down may have enabled the rise of terrorist groups such as the Islamic State and  the Nusra Front, linked with Al Qaeda. The current power of these groups is largely responsible for the instability causing an incredible influx of refugees into the West. So, are the countries now consider whether to accept these refugees actually responsible for the whole situation?

The United States and other Western powers – including Britain and France – have always claimed they wanted to take down al-Assad’s regime because of his repressive, violent rule. However, their true motives for supporting radical Syrian opposition were not as simple. Bashar’s Syria has traditionally been aligned with Russia and Iran – both ideological enemies of the United States. When his regime responded to the 2011 Arab Spring protests with a military crackdown, Anglo-American forces were eager to support the opponents, hoping a liberal democratic Syria would be easier to influence and exploit economically. 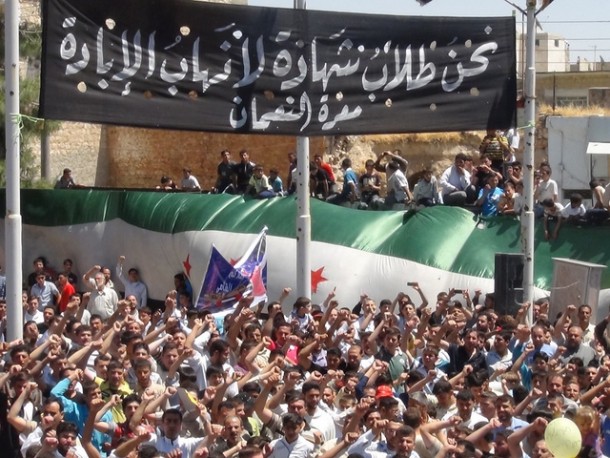 New documents have emerged proving the U.S. and its allies have long supported radical groups which ultimately transformed into ISIS. These documents, written by the U.S. Defense Intelligence Agency in August 2012, claim

The Salafist, the Muslim Brotherhood, and AQI (Al Qaeda in Iraq) are the major forces driving the insurgency in Syria.

The West therefore knew such extreme Muslim terrorist groups were involved in the fight against al-Assad’s repressive, but comparatively moderate, government. Despite this “the West, Gulf countries, and Turkey support[ed] the opposition; while Russia, China, and Iran support[ed] the regime”. The document goes on to state the possibility of ISIS establishing an Islamic caliphate against al-Assad. Thus, the West was already fully aware of the radical nature of Syrian opposition in 2012 – years before ISIS became a public international threat. And it was still willing to support these rebels if it meant an end to al-Assad’s rule.

But was this desire to destroy al-Assad as the Syrian leader motivated by the Arab Spring in 2011? According to a 2014 Mintpress article, there is evidence suggesting that:

Since 2003, Anglo-American power has secretly and openly coordinated direct and indirect support for Islamist terrorist groups linked to Al Qaeda across the Middle East and North Africa.

It’s a similar case as that of the Iraq war, despite Obama claiming the situation in Syria will develop into a similar misguided war. In fact, former french minister Roland Dumas claims Britain had been covertly planning action in Syria as early as 2009. Leaked notes from a meeting with the Pentagon also show that by 2011, U.S. and U.K. forces were training Syrian opposition to cause the fall of Assad “from within”.  Later involvement of Gulf States traditionally allied with America (Saudi Arabia, Qatar, Kuwait, Turkey, Jordan, and the U.A.E.) resulted in further unofficial financing and training of rebel forces. And so, Britain and America sending gunmen to fuel opposition in the area contributed to the Arab Spring, and not vice-versa. 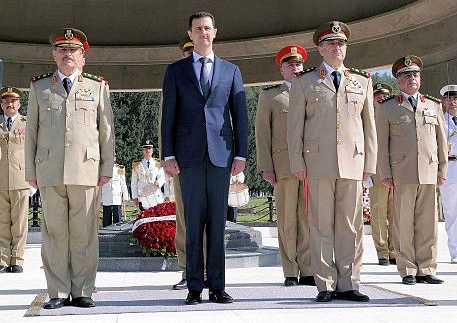 One may wonder why these Western states, knowing the extremism of opposition groups and the instability that would occur as a result of their actions, decided to invade so early on. According to Nafeez Ahmed of Mintpress, it was:

A legacy of the persistent influence of neoconservative ideology, motivated by longstanding but often contradictory ambitions to dominate regional oil resources, defend an expansionist Israel, and in pursuit of these, re-draw the map of the Middle East.

Whatever the true motive, continued Western involvement in the Middle East is greatly responsible for the area’s instability and the power vacuums enabling ISIS to thrive. Today, leaders like David Cameron claim “the only way to defeat [ISIS] is to stand firm and to send a very straightforward message, a country like ours will not be cowed by these barbaric killers”, without acknowledging their own role in creating these terrorist organisations. This “straightforward message”, in the form of air strikes on the country, may also be misguided and fuel further anti-Western sentiments – ultimately causing young Syrian men and women to join extremist Jihadists.

As of August 2015, the European Commission estimates there were 428,735 asylum applications to European countries from Syrians. The number of refugees in neighbouring countries is even greater: 4 million. This is “the world’s largest humanitarian crisis since World War II”. Non-Western governments lie the blame largely on America and Britain. Turkish President Erdogan claims “the whole Western world is to be blamed”; Vladimir Putin explained to the Russian media in Vladivostok that:

We in Russia and your humble servant said several years ago that there would be massive problems if our so-called western partners conduct what I have always called the ‘wrong’ foreign policy, especially in regions of the Muslim World, the Middle East and north Africa, which they continue practically to this day 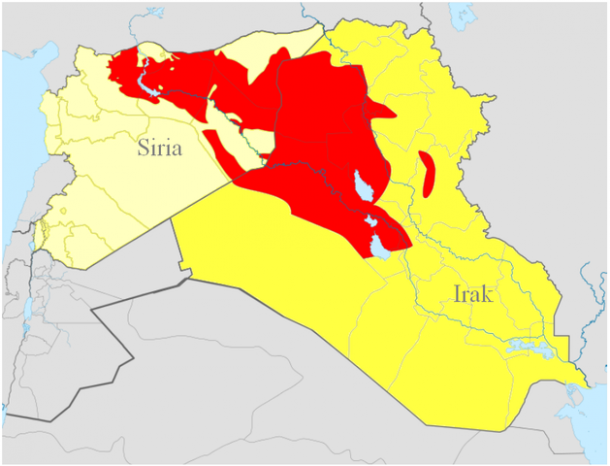 Even Bashar al-Assad has blamed Europe’s refugee crisis on Western countries themselves, stating that their long-term opposition to his regime is what created extremist Islamic groups – despite U.S. suggestions that his own government is to be held responsible.

As statesman Henry Kissinger warned in 1971 about Middle Eastern instability:

Syria is far from being a peaceful country today, and the ramifications of its current crisis are felt worldwide. We can only work toward fully stability in the Middle East with a stable Syria – that should have meant reduced short-sighted Western involvement and an end to covert plans of invasion to attempt to change the natural course of Middle-Eastern history.