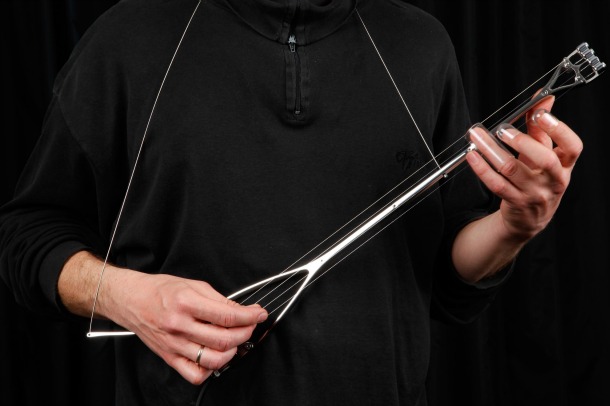 Experimental musicians are obsessed with the brand new glass guitar. Péter Üveges had the idea in mind already for twenty years when three years ago he finally started developing the instrument. He is hoping to choose the best prototypes during the next year, so that he can start selling it as a product on the market.

What inspired you to develop the glass guitars?

I was a fan of blues music since my childhood and I also liked the sound of the guitar slide. Using this method while playing, the instrument gets a bit more free, and it can be formed easier. Besides that I was also tempted by creating a light stringed instrument, where in case you look at it, you wouldn’t believe that it can really give out a sound. I was following the acoustic innovations, and three years ago I started developing my own instrument. 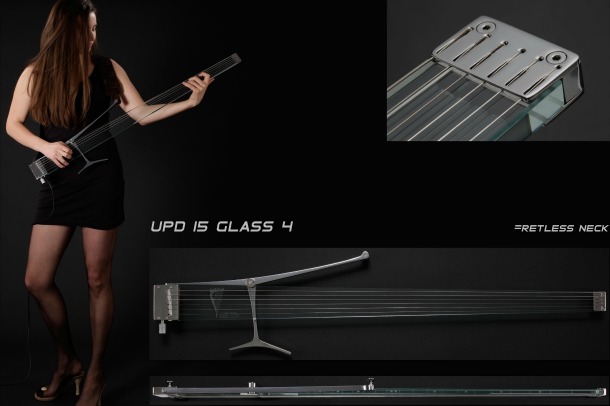 Why did you wait for so long?

Honestly, I was afraid to start it because my idea seemed to be too bizarre… While making instruments it is very important to preserve traditions. But I also have the feeling that you can create new traditions while keeping the old ones. I was triggered by curiosity, and in the end I just couldn’t wait longer. If I don’t start it it, there will be someone else doing it.

Where would you place the glass guitar in the world of instruments?

Obviously, it is not my aim to substitute the classical guitars. The glass guitar will always be an instrument used by a certain group of people. I hope it will inspire obsessed, crazy musicians, who will use the instrument and add it to their own musical world. If someone is experimenting with a new geometry and sounds attached to it, it can bring special effects, little details that can be exciting for a musician.

Why did you choose glass as the main component?

Even considering the materials, I was inspired by blues music. You can get really clear sounds from the glass. If you look at the guitar, you see a transparent object, which is nearly invisible, and still you can hear voices coming out of it. A simple object with simple sound: it totally fits the style of old blues music.

Which parts of the guitar are from recycled materials?

The tuner screws of the glass guitars are made of screws that can be found in bicycles. Nowadays in the design world people like to have the reference that they are creating objects from recycled materials. My guitar was not made by this intention. It was just the practical reason to use some parts of other equipments. 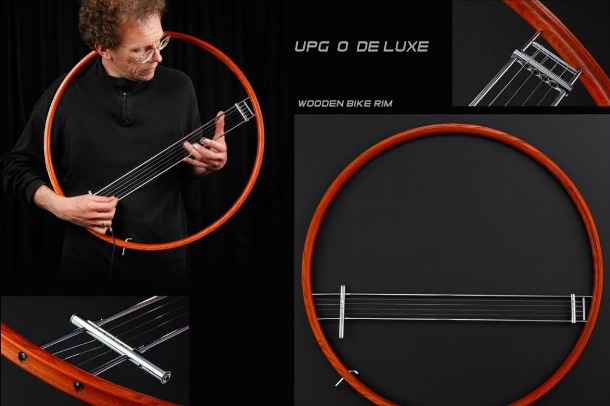 I also created guitars from bicycle rim: like this you don’t need to hold the instrument in your hand, you can just put the circle around your neck. This is rather a “party object”: it is easier to use, but it doesn’t have the same quality of sound as glass guitars.

What type of musicians are the most interested in your guitars?

When I started developing the guitars, blues music was the style I began with. Since then it seems like the instrument is more applicable in experimental world music, fusion jazz and other alternative music styles. The reason for this is that blues is very traditional, so musicians are used to the classical instruments. Lots of people believe that old instruments always have more beautiful voice than the new ones, which is not always true, there are exceptions…

How is the development of the guitars going on?

The guitar is still changing. Already quite many Hungarian musicians (younger and more experienced ones) tried the instruments. I was consulting with them, as the constructive feedback is very important. Based on that, it turned out which are the most successful and most practical 3-4 guitars from the 15-20 different types. After playing for two hours, lots of things can turn out that I didn’t realize before. I have to increase the comfort factor. By the experience of the musicians, I need to correct these small details, so that I can create a guitar, which can be used by anyone.

When will the guitars go out to the market, so that people can buy it from the shelves?

I would like to create some samples, which can be produced in bigger amounts later on. Still, I don’t want to go into mass production. After a time, you have to decide whether you want to stay small or you would like to fulfil bigger orders as well. I would like to concentrate more on the stages of development, and people working besides me could deal with the business. 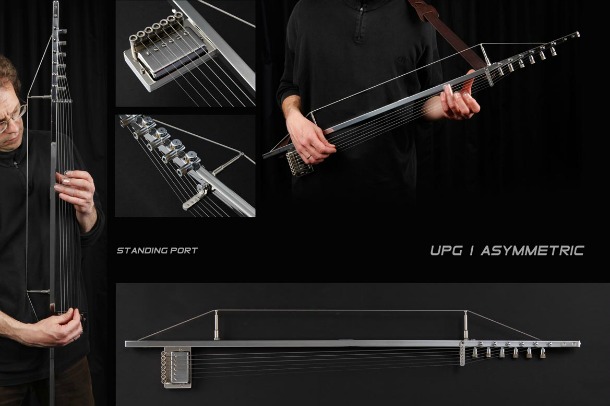 Your guitars already appeared on the stage. What was the occasion?

One of the famous Hungarian alternative theatre groups, Maladype used my guitars for the background music in their play Macbeth Anatomy. Péter Pál Szűcs, musician and actor brought out unbelievable things from the instruments, even I was surprised. I would be really happy if besides musicians, people would also use the guitars in alternative plays and dance performances in the future.

What do you consider success in connection with the glass guitars?

Someone uploaded the video about my guitars to Facebook, and through this lots of people found me, even famous musicians from abroad. I can’t predict what will be the outcome of this: maybe a successful guitarist will once use the instrument on stage, and because of this it can get successful. But this is more the follow up. Right now, it is an amazing feeling to see that musicians are playing the guitar, they are experimenting with it and they like the way how it sounds. This is the outstanding success for me.

You can find more information about the guitars at the website of Péter Üveges.