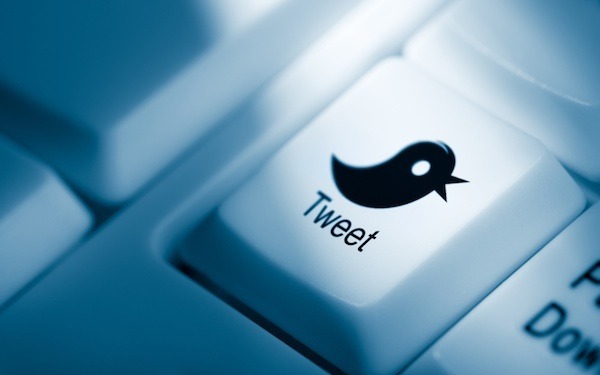 As an instant way to break news, Twitter has definitely changed the journalistic landscape. It seems like there is no space for long detailed articles anymore: to “tweet your beat” is the new way to get your opinions spread around in an immediate and incisive way.

I have to say, there are many great journalists that aren’t on Twitter¸ or who are on it but hardly ever tweet. Tweeting, they say, seems like “one more thing” they have to add to an already busy day. For those who are on it instead, there are countless ways to use it as a storytelling and sharing tool. Some reporters turn to Twitter as a virtual notebook — using it to collect and provide real-time updates on breaking news events. Others use it as a way to point readers to their work or to share their perspective on a particular topic. One can start a conversation on Twitter, use it to get stakeholders read their stories or – the best one- to give audience a behind-the-scenes look at their reporting process. And why not? Sharing knowledge and expertise on Twitter will probably help building a better journalistic credibility.

I just want to share here 20 names of worth following twitter profiles according to me – I just tried to choose them without focusing on specific personal or political beliefs, just on their twitter activism-. Some of them are internationally known, others have their audience mostly in Italy, Spain or Europe. Some share tools, other pictures, they’re loosely categorised and ordered by follower count.

As one of the leading figures in media today, Anderson Cooper is highly active on Twitter and is consistently engaged to provide some of the most well-rounded information and commentary on Twitter. US based.

Spanish novelist and journalist. He worked for RTVE and was a war correspondent for 21 years (1973–1994). Her tweets and digital conversations are widely appreciated. Arturo tweets about on-going events in Spain and shares his articles.

Italian journalist and writer. Author of Gomorra and ZeroZeroZero. He is well-known for denouncing the economic and political reality in Naples.

Italian journalist, essayist and columnist. Correspondent from Italy for The Economist between 1996 and 2003, for which he still occasionally writes.

One of the most famous Cuban activists, Yoani lives in La Habana and she is best at telling her reality in 141 characters. She is a blogger, journalist, philologist (her Generacion Y blog is also worth reading).

Pif is an italian Tv presenter and director. His investigative journalism and movies are pretty famous to every young Italian. A behind-the-scenes twitter profile.

Steve Buttry is the Digital Transformation Editor at Digital First Media and posts innovative content on his Twitter account on digital journalism. Since it’s the fastest growing area in journalism, his page functions as a great way to get insight into where journalism and technology meet.

Spanish journalist and excellent writer. She tweets mostly about her reporting work, often sharing really interesting articles and opinions about Spanish political landscape. Elvira is quite active on Twitter for all those who love her and want to know more about her job.

David is a Washington correspondant of The Guardian.  He is now located in America, but he is been working in Africa and tweeting almost everything about what was going on there until a couple of months ago. His twitter profile @SmithInAfrica recently moved to the newest one @SmithInAmerica.

Rula Jebreal is a palestinian foreign policy analyst, journalist, novelist and screenwriter with dual Israeli and Italian citizenship. She was a commentator for MSNBC. Great comments and tweets.

“Africa Correspondent for La Vanguardia, Spain. Member of Muzungu. Author of Océano África”. Xavier is extremely active on Twitter and its tweets worth reading.

Barbara is a great Al Jazeera English Presenter & Correspondent. As she states: “Italian by birth, Danish by upbringing, Londoner at heart”. She provides up-to-date information and her personal views relating to Arabic world related issues.

Michael Rusch is an editor at Buzzfeed and posts a significant amount of tweets relating to the latest information in popular culture. His Twitter account was voted one of the 140 best in 2013 by Time Magazine and blends articles with great commentary.

Alan is an American journalist, writer and TV presenter. He holds a rich career both in USA and Italy and many awards within the journalistic field. He is now known in Italy for writing the first authorized biography of Silvio Berlusconi.

As the Editor for the National Press Photographers Association (US), Donald R. Winslow is a highly respected voice in the field of journalism, teaching photographers valuable techniques for improving the ability for photographs to align with stories journalists may be working on.