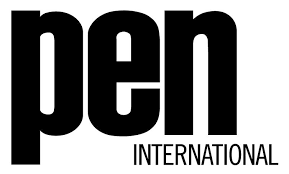 The Right of Writing: The Role of Pen International

When political people have finished with repression and violence PEN can indeed be forgotten. Until then, with its floundering and failings and mistaken acts, it is still… a fellowship moved by the hope that one day the work it tries and often manages to do will no longer be necessary. (Arthur Miller)

PEN International is a non-governmental association of writers that promote freedom of expression for those people who put their life in danger to spread truths that politicians would rather keep hidden.

In 1921, the poet Catharine Amy Dawson-Scott founded the first PEN club as a way to unite writers after the devastation of World War One.

At first, PEN was nothing more than a safe place where writers could share their own ideas.

Over time PEN has become an international community active in over 100 countries.

We define ‘freedom of expression’ in a slightly different way from our colleagues elsewhere. For us, it means the right to have your voice heard (whether as text or speech) across languages and cultures; the right to an education; and the right to read as much as the right to write.

Who are we talking about when we talk about writers? Novelists, poets, journalists, publishers, translators, bloggers. To PEN, Writer is everyone who is involved with the promotion of an idea.

Defending a writer means building bridges of understanding between people with different backgrounds – and ideas.

A writer spreads culture and culture reduces fear: if  people have no fear of what is different, incommunicability disappears.

Writers mission is to stop incomunicability between people and to do this, writers have the right to express an opinion without fear of attack, arrest or other persecution.

When another writer in another house is not free, no writer is free.  (Orhan Pamuk)

In 1960 PEN established the Writers in Prison Committee in response to increasing attempts to silence voices of dissent by imprisoning writers.

The aim of the Writers in Prison Committee is to protect persecuted writers and promoters of ideas, around the world.

PEN monitors between 700-900 cases each year and also offers financial support to writers and their families.

In the first six months of 2012, more writers were murdered in Latin America than in any other region in the world. The violence against writers and journalists is relentless in Mexico, with at least 80 journalists, writers and bloggers murdered in the last 12 years. Between January and August 2012, eight print journalists were killed, making Mexico the second most dangerous country in the world in which to be a writer.

Honduras, Brazil, Iran, Syria, China, Russia. These are only some of the countries where people are still persecuted, harrassed and attacked just for being writers.

“I and Fatemeh Ekthesari were prevented from leaving the country this morning and our passports were confiscated. We do not know the reason… Why have I been facing problems for years to hold a literary workshop and even classes to teach rhyme and meter? Why are our books banned despite taking care to select the poems and passing the censorship of the poet, editor and publisher? Why should the oppositionist swear at me for writing war poetry and the pro-regime activist swear at me for have read a rumour about me?… I have been often in the same conditions as the artist who killed themselves after years of failing to obtain permission. Do you know how many times I have thought about death? What is the body of an artist worth when their soul is tortured and killed?”

PEN is currently promoting a lot of Campaigns in defence of freedom. Give a look at this page and take action.

In a word where independent voices are increasingly stifled, PEN is not a luxury, it’s a necessity. (Margaret Atwood, PEN International Vice President)