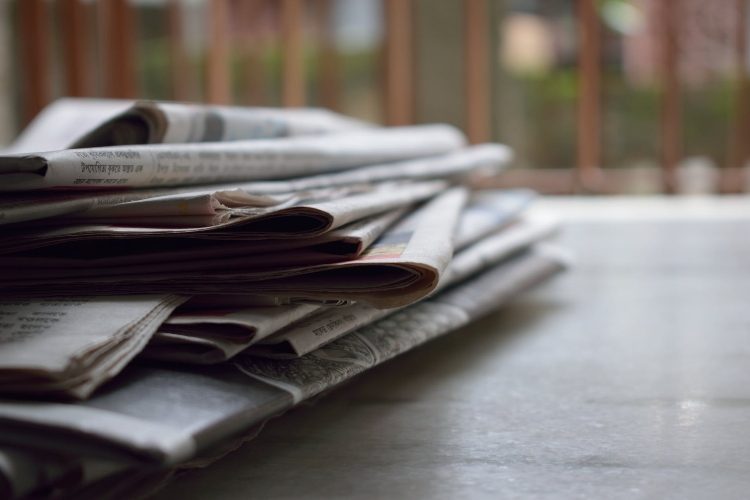 5 Things I Learned Writing for My Student Newspaper

The newspaper at the University of York, Nouse, was one things that made me decide to study there. I saw a stand full of copies and I couldn’t believe that this was all produced by students. I wanted to see my own work in print and contribute to something so professional.

So, as soon as I moved in, I hunted out the newspaper and signed myself out. After a very brief and incredibly nerve-wracking election process, I was in. Deputy features editor. A position that I was endlessly proud of.

I learned so much in my time at the newspaper. From how to move a picture in InDesign without the entire thing shifting, to how to proof read other people’s work. From the best way to eat lunch with one hand and write with the other, to how to lay out a proper newspaper article.

1. There’s more happening on campus and in your city than you realize

Many of us fall into the trap of finding the things that we’re interested in. Yoga classes. The university badminton team. Dungeons and dragons sessions. We walk the usual route to classes. We find our familiar spot in the library. And that’s that. We’re happy. But there’s actually so much more happening on campus and in our university cities than we often realize.

When I was writing for the paper, I wrote a feature about a local art gallery owner. I’d walked past this gallery dozens of times with my friends on our way to our favourite tapas restaurant, but never given it more than a glance. It was when I began researching things happening in York that I found a special exhibit they were putting on, and ended up writing a brilliant piece about their vision for art in the city. Hopefully, that article helped a few more people on campus know more about their new city.

Emma Jacob’s articles in the Nouse, her student newspaper

2. InDesign will rule your life

Your article will be beautiful, but it was cost three coffees and a tantrum.

Starting the newspaper, the most daunting thing was the technology. I’m a bit of a technophobe. It’s like software can smell my fear and just refuses to work. There was a lot of asking questions, yelling for help and crossing my fingers when I clicked something.

Eventually, I got the hang, and you absolutely will to. There’s a knack to it, and once you have it, you’re flying. The key is to just power through the complicated beginning, it’s the same for everyone and if nothing else, the newspaper staff bond together in the face of such adversity. It’s a brilliant skill to have, and if you’re looking to take your student journalism talents forward into your career, it’s a gem on your resume.

3. No feeling compares to seeing your writing in print

There is a thrill that comes with seeing something that you wrote, right there in black and white. An article that started with you and your laptop, possibly in your pyjamas but definitely with a nice cup of tea by your side, is all of a sudden out there for the world to see. It can be daunting, knowing that someone is reading your work, digesting it and hopefully enjoying it. But there’s not much else that has such instant gratification as seeing your hard work finally published.

4. Editing is never as stressful as you think…unless you leave it until 11pm the night before

Take it from experience, the night before is never a good time to edit your own or someone else’s work. You’re tired, and chances are you’re more likely to either miss things or make do with things just to get it done.

Although distance is good, it’s helpful to walk away from your work for a while and come back to look at it after a gap, because sometimes that elusive word or that extra pull quote needs some time to reveal itself. But it’s never a good idea to just leave it…and leave it….and leave it. It might be hard to edit a work you’ve been stuck on for a while, or to change the work that someone else has produced, but your final piece deserves the hard work.

My advice, a little bit at a time is key. When things start to feel stuck, take a breather, walk, make a snack, something to distract yourself so you’re ready to keep working. If you’re working in an editorial position and have to take a look at someone else’s work, keep reminding yourself that this is your job, and any editing that you do will be welcome because producing a newspaper is a team effort, not a one man performance.

5. Your office is a second home

You’ll eat lunch there. You’ll have stressful days there. you’ll want to fight with your computer there. I myself locked myself out of the building several times a day (those pesky key cards were never where I wanted them to be). But ultimately, it’s a place of huge creativity, a place of teamwork and of eventual satisfaction.

What my newspaper experience taught me more than anything is that producing an edition of a paper involves far more people than I ever expected. The people you interview, the people who you bounce ideas off, the people who edit your work, the proof readers. If there is anything that can prepare you for the reality of the news room, it’s a student newspaper.