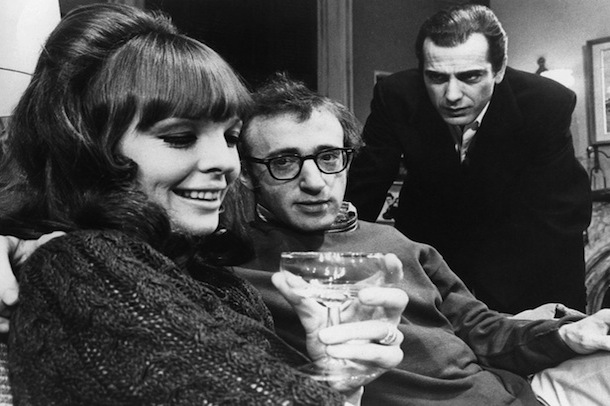 Woody Allen has always been a man of many resources: comedian, actor, director, writer, The New Yorker contributor, playwright, composer, jazz musician. And in his long career as a filmmaker, he’s been able to mix all his passions inside his films. The 1st of December he turned 80 and this is a good excuse to write once more about him.

On DoppioZero website Gabriele Gimmelli found an interesting anecdote to effectively describe Allen. Gimmelli opens his “almost commemoration” of Allen telling that a trustful acquaintance of his told him that

an Italian family – mother, father and their little daughter – are on holiday in New York. In the bespectacled man who is walking on the other side of the street, the girl recognises an unmistakeable profile. “Mister! Mister!” the little girls calls. She approaches him toddling. “Are you Woody Allen?”, she asks a bit out of breath. Seraphic, he answers: “I was…”.

This anecdote summarises the attitude Allen communicates in all his films: the amusing contradiction of life, which is mirrored in the opening scene of Annie Hall:

Two elderly women are at a Catskill mountain resort, and one of ’em says, ‘Boy, the food at this place is really terrible.’ The other one says, ‘Yeah, I know; and such small portions.’ Well, that’s essentially how I feel about life – full of loneliness, and misery, and suffering, and unhappiness, and it’s all over much too quickly.

Together with the utter horror of and fascination with death, there are a number of other themes which appear over and over again in his many films and which, along the years, have become part of Allen’s mark as a director. Psychoanalysis is perhaps the most exploited, many of his characters, both interpreted by Allen himself or by other actors, have spent many years in therapy with an analyst, yet they usually come to the resolution or clearer vision of their problems without the therapist’s aid: the analyst seems to be more a figure hovering behind the scenes. Along with psychoanalysis, through his characters Allen humorously explores the fields of religion, especially from the point of view of Judaism, and of philosophy, as a matter of fact many of his characters are acquainted with philosophy as in his last film, Irrational Man, Joaquin Phoenix plays the role of a university professor of philosophy.

Furthermore, quantum physics is both praised and mocked. In Whatever Works, the protagonist, Boris Yellnikoff, is an expert of the subject and once he almost won the Nobel Prize for physics, he considers himself one of the last great men and one of the few who possess a complete overview of the world. Yet, step by step, his character is made increasingly more human and affectionate by a pious, simpleminded young woman who couldn’t care less about quantum physics. In fact, why should we all care about it? Knowing that time and space are exactly the same thing is of no use altogether because

If I ask a guy: what time it is, he answers six miles? What the hell is that?

Wonders David Dobel, Allen’s character, in Anything Else.

Perhaps the most interesting and pervasive theme in Allen’s works, apart from love and death, is his fascination with the many artistic forms. His films are full of literary, artistic and musical references, many of his characters are involved with art, be it painting, literature, music or photography or are themselves painters, writers, photographers or musicians. Differently from quantum physics, art is always praised and never mocked and the artistic side or vocation of his characters is always defended from laugh and taken seriously.

Finally, we cannot forget Allen’s ability to portray cities: from New York he moved to London, Paris, Rome, San Francisco, Barcelona and Venice, bringing with him his keen eye for their architectural beauty. Although it might be argued that he has not the same keen eye for the inhabitants of such cities – To Rome With Love, for instance, was full of clichés and commonplaces about Italian people – it is clear that Allen’s capacity of portraying cities is so amazing that such places become magical only on the screen, in the real world it would be difficult to find that same magic Allen makes the viewer see in his films, we should need his glasses and see the world through his lenses. 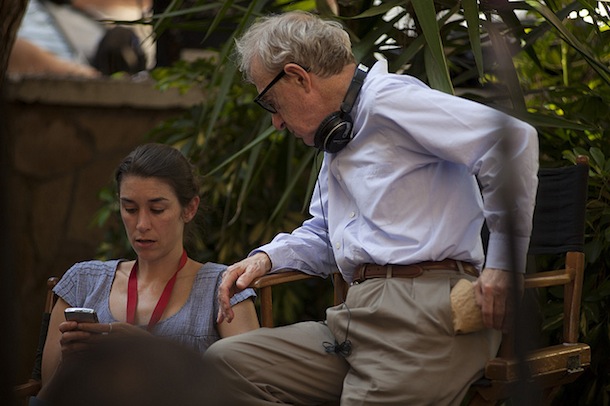