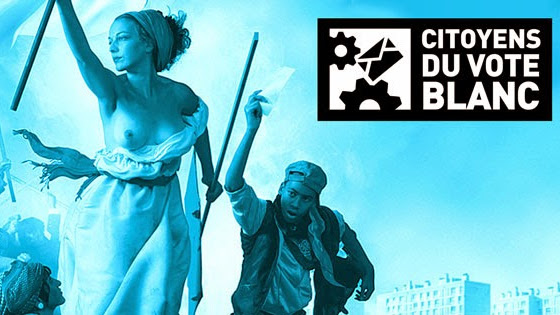 The March of Blank Votes: How France Can Save Itself

France just voted for the second round in regional elections. The Internet is still full of messages encouraging people to go to the polls. The main reasoning behind it? Don’t boycott the vote: vote against the concrete danger represented by Le Pen’s Front National.

These stances are clearly understandable: as Europeans, we all have a whole host of reasons to be worried about the situation in France. The FN is a neo-fascist movement that has made some remarkable progress in the last years towards creating an effective mass party. Worringly, Le Pen &Co. have positioned themselves as legitimate would-be representatives of the French Republic, by embracing a patriotic discourse void of any real content. The question, however, is how we got here.

In the first round of regional elections, abstension has reached 50,01%. A surprising, alarming data: half of the people entitled to choose their representatives decided not to. It seems that abstensionists too have a whole host of reasons for a decision which, in the large majority of cases, is political. And they are getting organized to make their voices heard. 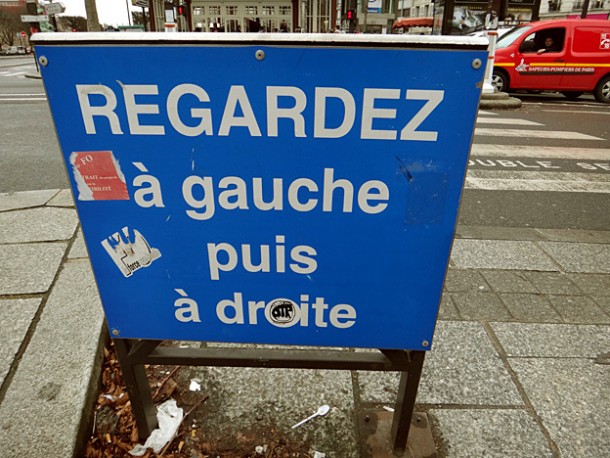 To vote or not to vote, that is the question

According to a IFOP survey, 85% of French people would agree to have the blank vote recognized and counted in the elections results. This could have the effect of preventing any candidate from reaching the absolute majority and thus block their election. This is exactly the objective of the French Movement Le Citoyens du Vote Blanc (CVB). The Movement exists since 2011. What follows is an exchange of views I had with Stéphane Guyot, Presidential candidate in 2017 elections, and Jesbac Cyril Denis, CVB young active militant.

Stéphane Guyot: The movement has been launched in view of the 2012 Presidential elections. In 2014, we presented six lists for the European elections. So far, we haven’t succeded in electing representatives. One important reason is the lack of financial means to fulfil the burdensome administrative formalities foreseen by the French law. However, we received 7,41% of preferences in the local primaries for the departmental elections in Nièvre held at the beginning of 2015. 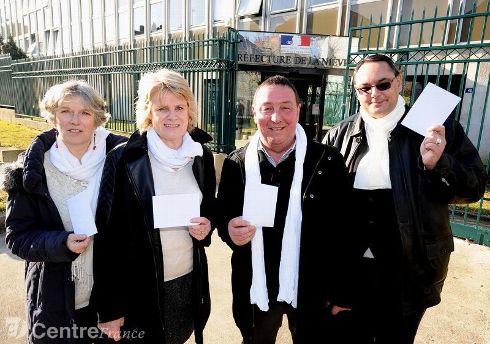 What are the changes you wish to introduce in the French electoral law? Do you foresee other breaks with the current political system?

S.G.: Changes in legislation passed in February 2014 only make a distinction between blank and invalid votes. But it does not take blank votes into account in the final calculation. Basically, blank votes still do not matter! We want these votes to be included in the calculation so that they have a real impact in the polls. The difference is huge because it is a real power to invalidate elections. Our simple premise is that beyond 50% of blank votes, elections should be invalidated and new ones be organised.

You describe yourself as “free from any ideological interference”. You think that citizens should “participate, propose, fight against the abuse of power and privileges of the ruling class, get indignant and act”,  also via a greater use of online platforms. In some respects, it reminds me the spirit of Italy’s Five Star Movement (“neither right nor left”; citizens actively questioning the role of traditional parties and their privileges; massive use of the internet technologies). Unlike you, however, it has developed a political programme committed to achieving the country’s political and economic sovereignity.

S G : This comparison is highly gratifying. For the moment we have identified serious flaws in how French political life is organised. As concerned citizens, we want to correct these flaws and the abuse of power they open the space to. The first step for a redefinition of our institutions is to oppose, by voting, to a system that no longer works. 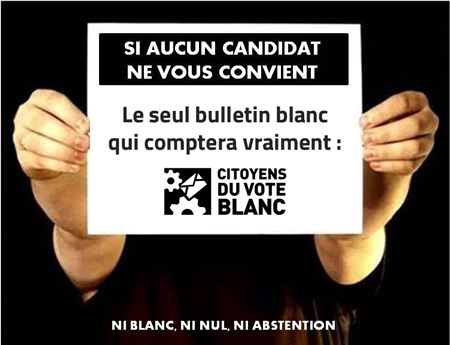 So, no political programs?

S G : No. For the time being we don’t formally engage in other discussions than those related to the institutional setting. Our goal is to recognize the right to disagree. The principle of the blank vote is in outright opposition to the usual practice, ‘‘the lesser of two evils” principle that mainstream parties use to legitimate themselves at the expenses of people’s will. We apply to ourselves as candidates the consequences of having the blank vote recognised in the final outcome. If we win an election, it will be invalidated and another election will take place. We don’t want to take power, we want to engage in a trial of strength with the legislator in its field, the ballots. Parties have not yet understood that we will never go with any of them. They are still trying to convince us to join them with the promise that they will include the blank vote in their programs (some of them already did it).

Jesbac Cyril Denis: Of course, this does not mean that we do not discuss our role in France’s political future. We hope to see ordinary citizens increasingly involved in political issues. We are against the professionalisation of politics, and the dominant political culture of elitism. Citizens are only asked to vote every five years – and they are always betrayed. We should study and develop together a radical different way to manage the country. As for me, I am looking for the appropriate means to fundamentally reconsider this productivist system. The current economic ideology that has emptied politics of any meaning. This is why my current researches are oriented towards an analysis of complementary currency systems. 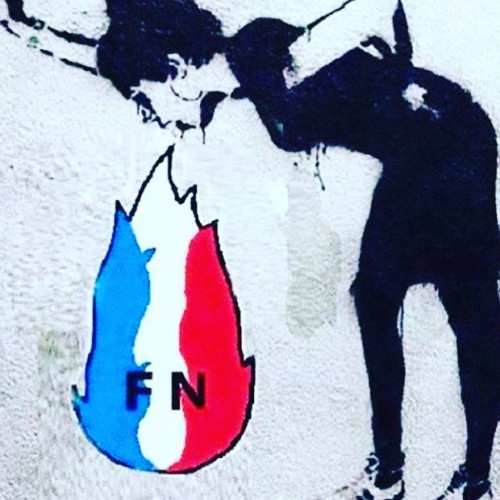 The good performance of FN is mainly due to a low turnout of traditional parties’ voters. In future electoral appointments, FN can record a higher score. What are the risks for the country?

I use to call the National Front the “National Sick-of-It” (in French, Ras-le-bol National, ed.), because it only grows with angry constituents thanks to the incompetence of traditional parties. People do not vote for the FN, they vote against the others. And when they vote for the others, they are voting against the FN. Also, many voters easily fall into the trap created by the media: they believe that staying away from the ballot boxes will have political weight. This is an unfortunate judgement error: without knowing it, they are contributing to the victory of what they are denouncing. The FN risk is huge for 2017. This is why I will run for the Presidential elections. We will represent the refusal of the current system and offer a real alternative to non-voting and voting to punish a party.

J.C.D.: We also have to work hard for the legislative elections to avoid cohabitation within the executive branch. The year 2017 will mark the beginning of the European Spring.