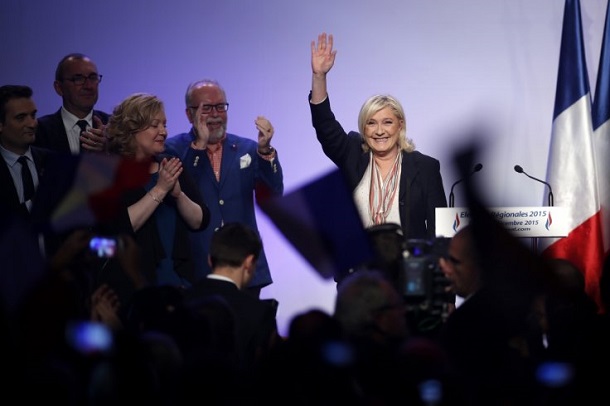 Front National Flops but the Right-wing Threat is Still Alive

France had regional elections during the past two weekends, which lead to very controversial results. In the French systems, voters chose their candidates over the course of two turns: in the first one as many candidates as possible can present themselves and the proportional system rules are applied; then, the two candidates who received most of the votes go on to the second run, where simple majority determines the winner.

The first round took place on December 6 and saw the emergence of the Front National party led by Marie Le Pen, a right-wing, anti-immigration, anti-EU movement that experienced a surge in popularity after the Paris attacks.

Particularly shocking were the results in the northern region of Nord-Pas-de-Calais and Picardie, where the Le Pen party obtained 40% of the votes in the first round against the 25% of its direct opponent, the center-right party called Les Republicans. The region has been highly involved in the refugee crisis, as migrants trying to reach Great Britain through the English Channel have been setting up precarious camps that have been the object of many complaints by the local population.

The roles were completely reversed in the second term on December 13, as the more moderate conservatives showed up to the polls and defeated the FN candidate 58% to 42%. In the end Le Pen did not win the control of a single region but they received more support than expected, demonstrating an overall shift to the right by the public opinion.

WHY DID LE PEN WIN IN THE FIRST PLACE?

Regional elections have a generally lower voter turnout, so the people who went to vote fell more in the category of those motivated by fear after the Paris attacks and the state of emergency declared after that. Le Pen took a very strong and aggressive stance against the acts of terrorism committed last month and appealed to the conservative base.

Another reason for Le Pen´s party´s wave of popularity comes as a result of her strategy to give the movement a softer, more legitimate appeal by expelling the controversial figure of her father from the party.  Jean-Marie Le Pen co-founded Front National with François Duprat in 1972 but became compromised because of his overtly racist opinions that resulted into his de-facto intra-familial coup earlier last August.

WHY DOES IT MATTER?

Regions are usually not particularly interesting in France from an electoral point of view, since they have limited responsibilities in terms of political decisions, organizing things like high schools, local economic development, the transport system etcetera.

However, these results fit right into the FN narrative of a party that is experiencing a slow but steady growth within the institutional system and could represent a viable alternative to mainstream candidates in the 2017 presidential elections, should the French climate keep on this conservative track or go even further right.