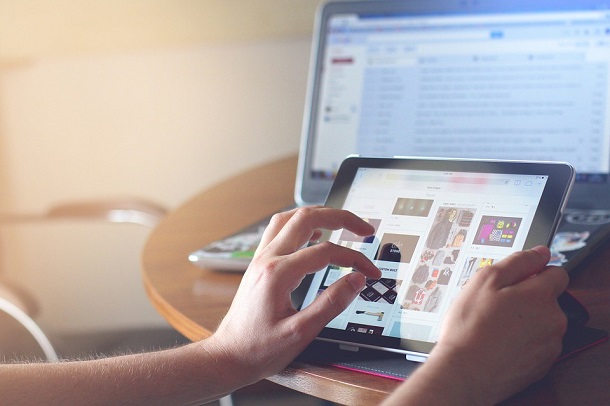 The e-commerce sector is one of the fastest growing in Europe, with a turnover that has been steadily increasing at a rate of about 15% over the course of the past four years, and will continue to grow at the same rate until at least 2017, according to data published in the 2015 European B2C E-commerce Reports.

About 70% of Europeans have access to the internet and 40% among them use it for online purchases, but figures vary greatly depending on the region. In fact, in Southern and Eastern Europe only 27% and 15% of the population shops online while the number is 67% in Western and Central Europe and it goes up to 69% for the northern regions.

However, the Eastern market is rising quickly at a 25% rate and it is bound to eventually converge with the West. The reasons behind the gap between East and South and North and West include a more limited access to internet services and generally lower socio-economic conditions. 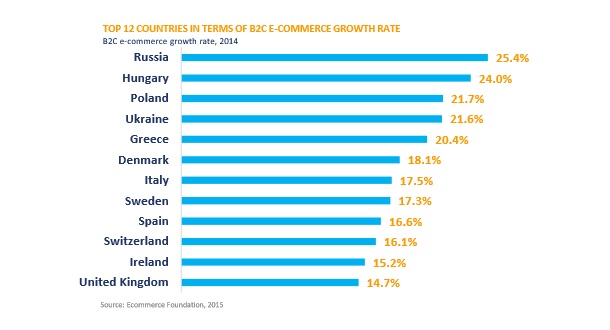 The largest markets in Europe include the UK, which also has the third highest yearly turnover worldwide after the US and China, plus Germany and France. The share of the top 12 countries in the total European B2C ecommerce (€372.7bn) markets is almost 90%, but these three top markets (the UK, Germany and France) account for 60.2%, while the other nine countries combined make up for just 27.6%. This highlights even further the differences within the regions of the market. 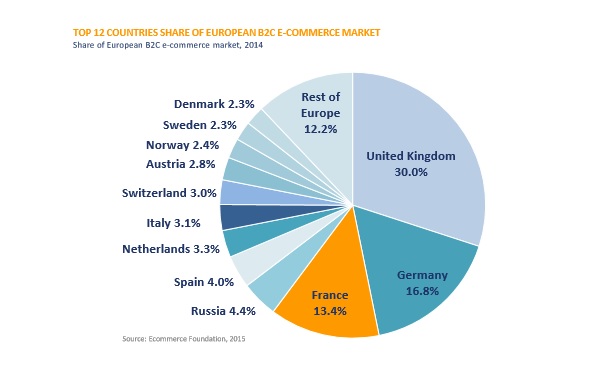 The holiday season is a crucial period for most online stores, since about 21% to 22% of total online turnover will be achieved in the last six weeks of the year, amounting to more than 100€ billion. According to Adobe´s 2015 Digital Index Online Shopping Prediction, The UK, France and Germany will spend between 53% and 60% of the total holiday purchases online. Costumers list reasons such as better deals, product variety and reduced stressfulness for preferring online shopping to in-person purchases. They predict to spend less time and money looking for presents and be overall more efficient.

The most popular day for online shopping was December 7, with the exceptions of the UK, Norway and Switzerland which preferred the end of November and Belgium and the Netherlands where sales peaked on December 14. Online sales worldwide had two major culminating point on November 11, also known as Singles Day in China and on Black Friday November 27.

A 2015 Survey conducted by PostNord in the UK, Germany, France, the BeNeLux, the Nordics, Spain, Italy and Poland found that clothing and footwear dominate online sales, followed by home electronics, books, cosmetics and CDs or DVDs. The most popular online retailers are the American websites Amazon, Staples and Apple, but the top 10 includes many European platforms as well, such as Otto (Germany), Tesco (UK), Groupe Casino (France), Shop Direct Group, Home Retail Group (both UK), Zalando (Germany) and John Lewis (UK). 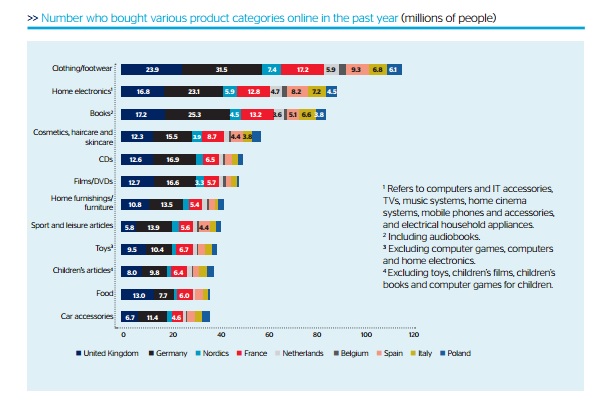 The European Union under the Juncker Commission has made the development of e-commerce a priority in order to complete a Digital Single Market Strategy. In fact, the online market faces many obstacles when it comes to cross-border transactions, which are the results of differences in VAT and warranty legislations, consumer and contract rules, parcel delivery and other factors. Other related priorities for the European Commission are to revisit antitrust investigations, data protection and privacy issues, as well as the use of big data and digital skills.