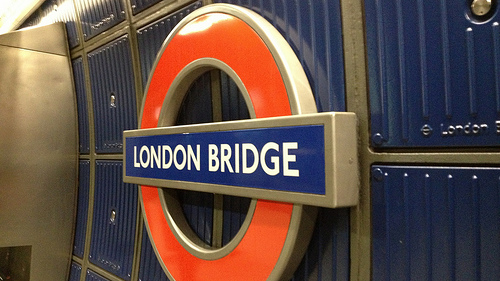 London and Rome, two of the most important European capitals are always been considered two of the most beautiful cities in the world. On one side there is the charm of the “Eternal City” thanks to the amazing artistic beauty and the fascinating monuments of Ancient Rome; on the other side the beauty of modernity and the glamour of the English capital and monuments. The two cities (to cite the famous masterpiece of Charles Dickens) are actually very different due to their past and their histories. However there are also modern aspects that separate even more the two cities. One kind of these modern aspect is certainly the public transport.

The two cities are doubtless opposed: London is become the symbol of a well working modern city thanks to metropolitan transport system which is the oldest in the world. Rome, on the other hand, is becoming the symbol of a city which has huge problems of viability and of public transport.

In order to compare the two situations so different we can look at the underground system in these two capitals. Let’s start with Rome.

The Eternal City is one of the most populous and biggest cities in Europe but for many reasons it has actually a bad public transport system. Rome has three underground lines but the third one was opened only last year in 2014 and it has still to be completed; so that we can say that Rome has two lines and half). It is not enough for a city like Rome; there are a lot of reasons for this delay: lack of public funding, problems in managing public works and the presence of ancient Romans ruins under the soil. The result is simple: Rome is the European capital less modern for the public transport.

On the opposite side there is London, the UK capital has indeed an enviable and envied public system (envied especially from citizens of Rome). The London underground, which is call The Tube, is the oldest in the world, opened in 1863; it is long 402 Km. Thanks to its 11 lines and 270 stops, the London Tube is the forth underground in the world. City center and suburbs are collected by the Tube  which is of course very expensive but very useful for all the citizens.: high price but excellent system.

These number are enough to mark the difference between London and Rome where there are only 74 stops and the underground is long 60 km. This difference, if experienced firsthand, becomes even more pronounced: in Rome taken off much of the center and some important districts is very difficult to take the metro to reach places. In London tourists and workers can use public transport and particularly the Tube to reach all parts of the city.