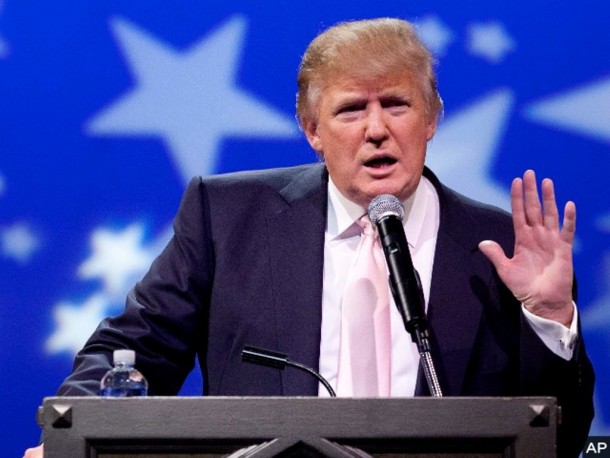 Trump is very, very smart but I would never, ever want him for president of the United States. It’s kind of an oxymoron, isn’t it? Why would anyone not want a smart person to be president? Well, you see Trump’ smart relies a great deal on naiveness, simplicity of mind and gullibility. This is not a conjecture; Donald Trump has been exploiting all of those aspects of his Republican supporters. Mr. Trump knows his supporters are naïve and gullible because they’ve made him the standard bearer of the Republican Party; he knows they are simple minded because they helped him knock out and knock down his opponents during the primary elections; he knows they prefer slogans over solutions because they helped him reach the number of delegates he needed to become the nominee; he knows they’re gullible and naïve because they’ve emboldened him to make outrageous statements and get away with it.

Mr. Trump has made it a point since the beginning of his campaign for president not to discuss any plan or policy; he has none. – You don’t have to take my word for it; go through his campaign website (donaldjtrump.com) and see for yourself – His strategy has been to make one outrageous statement after another; not by accident, not by mistake, it is by design that Mr. Trump has adopted such approach which he labeled a strategy to win. It’s good for Trump of course but bad for the United States. Since the strategy proves successful during the primaries, Mr. Trump has decided to continue its use beyond his nomination. The strategy works for two reasons 1) his audience is naïve and gullible 2) the media spent most of its time dissecting, writing about and discussing his outrageous statements instead of questioning Trump’s lack of knowledge for the job he is seeking.

Trump is within his right to use whatever approach works; each outrageous statement takes away time to question Trump about his plan for the country, about his agenda as president. As you might have noticed before, every time he makes a speech about some policy aspect, he always, always falls short of providing specifics; when questioned, he simply shrugs it off and walks away. And that’s the individual who wants to become president of the United States! To have ideas doesn’t make anyone an inventor, much less Trump’s ideas qualify him to be president. If you have average intelligence, I mean you don’t have to be a genius, it should be obvious that Trump is as of date the least prepared individual who has run to become president of the United States.

And yet if you are Republican, you probably think Donald Trump is the best thing that has happened since slice bread. It’s probably not your fault; you may have outsourced your thinking ability to Trump and others; you most likely get your news from Fox Opinion, – which you and others refer to as Fox News – you probably get your political views and education from the talking heads at Fox. No one can blame you from having no clue as to what’s going on in the country. No one can blame you for being so naïve and so gullible; no one can blame you for being so simple minded. After all, the people you look up to (Fox Opinion, Rush Limbaugh and company) are not only unpatriotic but they are also as simple minded as it comes. Maybe it’s the hatred they have in their hearts for Obama; maybe it’s the hatred they’ve nurtured for a black president; maybe it’s the hatred they’ve cultivated. As Michelle Obama so beautifully put it in her speech at the Democratic Convention in July dealing with bully and simple minded, “when they go low, you go high”. Maybe, just maybe that’s what’s eating the Republicans. This election has made it crystal clear that most Republicans, especially the leaders, have lost their way; sadly, they are taking the Republican ship down with everyone in it. The few remaining wise Republicans have already jumped out and jumped away because it is inevitable that the Republican ship will crash with Trump as its captain.