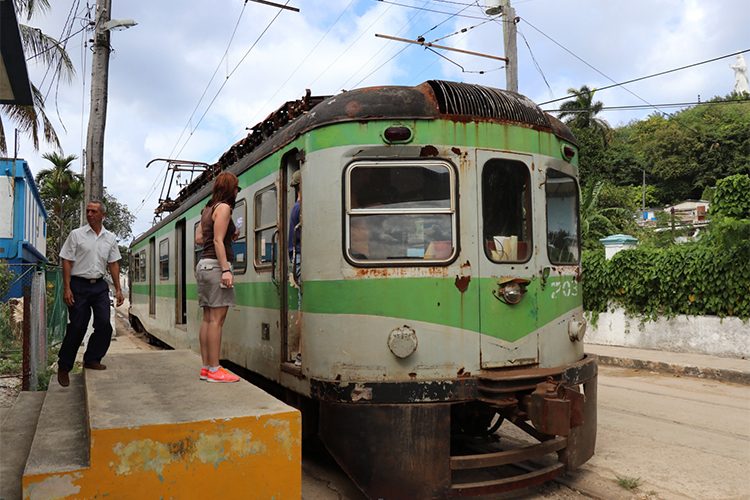 Gabriela MilianFebruary 3, 2017
CubaTravel0 Comments 0
The following article is published in the #RGNNCuba Magazine: Vol. I, Winter 2017, produced during ROOSTERGNN Academy’s first Travel Journalism & Photography Internship Seminar in Havana and Trinidad, Cuba, under the editorial direction of RGNN Expert and Mentor Benjamin Jones. Follow #RGNNCuba for all of our Cuba coverage.

The rusted train which resembled a decrepit trolley with a fading green paint job did not inspire confidence when I learned that I would be spending the next 90 minutes aboard on a trip across part of northern Cuba and into a slice of American corporate history.

I boarded the old train at Havana’s Casa Blanca station, and I was relieved to find the inside did not mirror the outside aesthetic. The rows of seats were sturdy and shiny despite being full of local Cubans returning home from work, and the trickle of tourists using this affordable means to get to the beaches on the eastern coast.

The Casa Blanca station is across the bay from Old Havana. The cheapest and most refreshing way to get there is by taking the ferry from Old Havana on the corner of San Pedro and Santa Clara. The ferry costs only 0.20 cents MN (at the rate of $1 US to 24 pesos MN). Because most tourists do not carry change that small, it is customary to give 0.25 cents in the convertible currency known as CUC (at the rate of $0.25 US to 0.25 CUC).

Once on the train, for a fare of 1.40 CUC a passenger will glide smoothly through the industrial harbor of Havana, and soon speed through the countryside on a wobbly course to Hershey, a town built by the iconic American chocolate company a century ago. 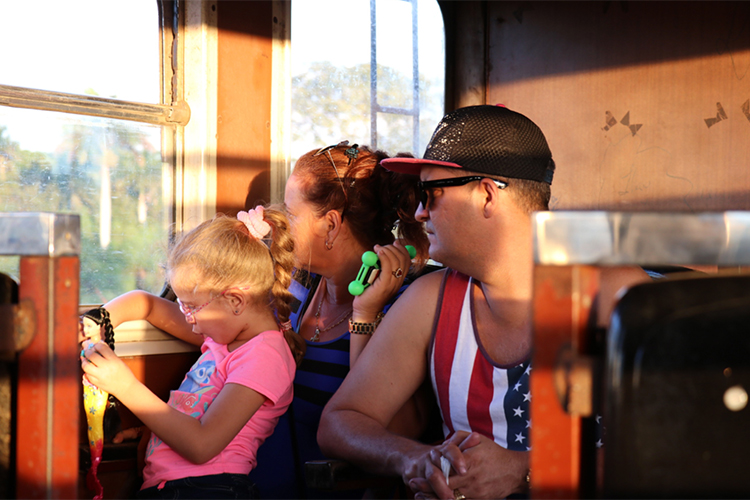 As the train rattled along through small isolated farms separated by long swathes of grassland, with mountains in the distance blocking views of the Caribbean Sea, passengers chatted and snacked on crackers, swaying in their seats on each curve of the track.

A woman moved among the passengers addressing them by name and trying to interest them in the candles she was selling. A young girl hung out the window, pestering her father with questions on the sights as they passed by. 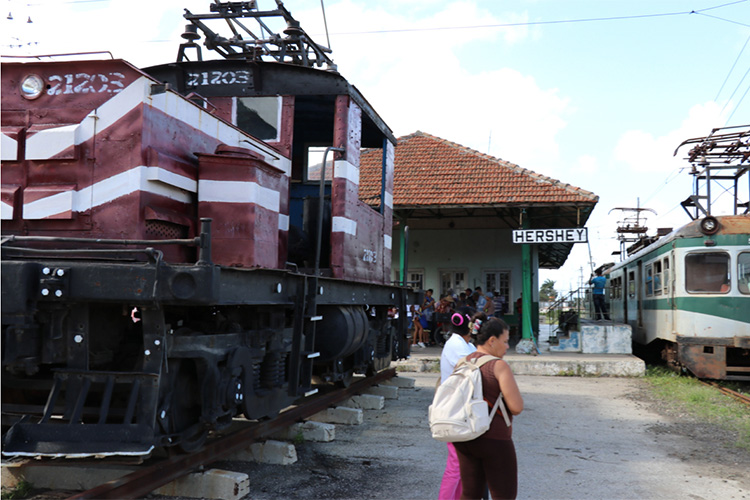 At last I arrived at the Hershey station that looked slightly more developed than the previous small towns that the train stopped at.

“Whoerrsee? He owned everything as far as you can see. Those empty fields were full of caña (sugar cane),” said Julio Anis Bartolo, 84, a resident of the town, while explaining how his father worked in the sugar cane fields when the Pennsylvania chocolate tycoon built his model city in Cuba.

World War I emptied the pockets of businessmen all around, but Milton Hershey wanted to make sure that he wasn’t one of them. In 1915 Hershey came to Cuba to start planning more direct routes for sugar transport in his name because the price of sugar was rising and he needed it for his chocolate.

The Hershey Cuba Railroad Company was founded in 1916, including the electric train connecting the shipping docks in Havana to the open fields in Matanzas with the town of Hershey in the middle. 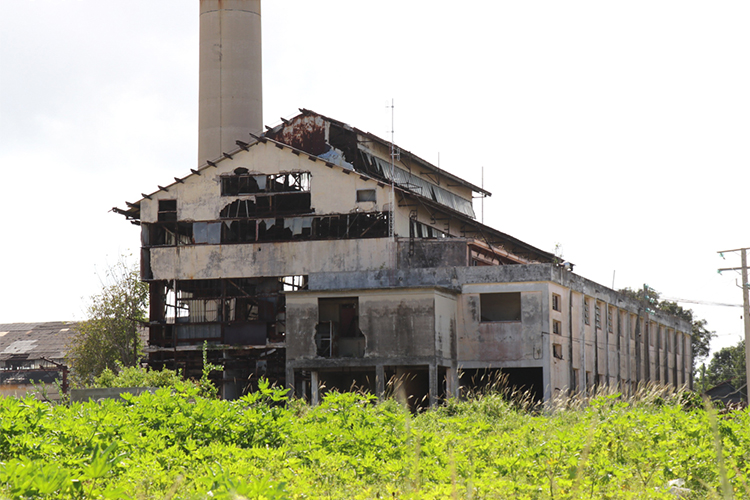 By 1919 the town east of the Cuban capital of Havana was firmly established and humming with Hershey’s sugar mill machinery, and by 1926 the town boasted a hotel, employee housing, and other facilities and was considered the most modern sugar company planned community in the world.

But a year after the 1959 Cuban Revolution, American companies were leaving the now communist country, and the town’s name was changed to Camilo Cienfuegos, and the sugar mills stopped production. Now all that is left is a small town with buildings that have been hollowed out from years of abandonment. Interestingly the local residents still refer to the town as Hershey. 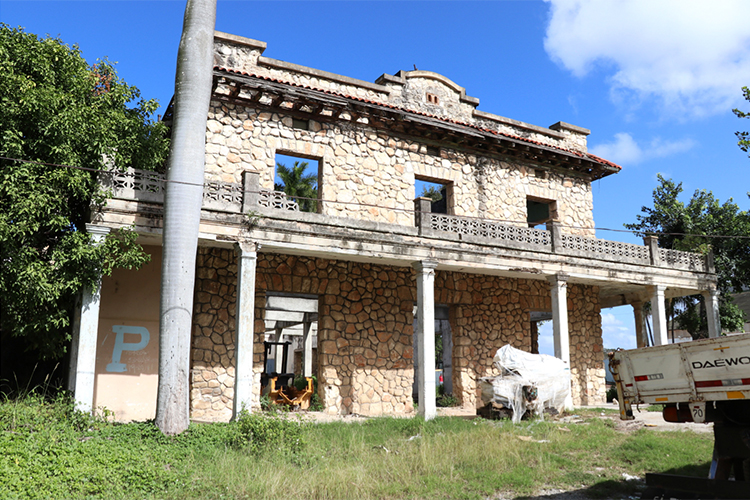 Sections of the old sugar mill are still being used for manufacturing other products such as pastas and flooring for homes. Walking past the sections of the model city are small plaques that mark events of the Cuban Revolution with quotes from Ernesto “Che” Guevara.

“I prefer to go off the beaten path, where there aren’t too many tourists. And this town is definitely one of those towns,” said Paul Chism, 53, from Vancouver, Canada. Chism was on his way to Santa Cruz del Norte, which is a small town on the beach about a 30-minute walk from Hershey.

After two-and-a-half hours of walking around the town, talking to residents, and searching unsuccessfully for some place to grab lunch, I boarded the train back to Havana after a fascinating day exploring a little known history of Cuban–American relations which after six decades of paralysis appear to be on the mend.