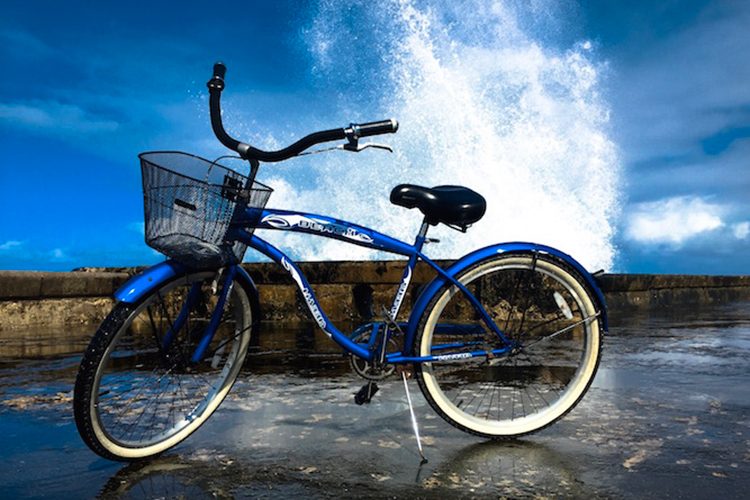 Renting a bike to ride along the Malecón in Havana, Cuba, 15 CUC or $15 for 24 hours | Jessalyn Castro

Biking Along the Caribbean on Havana’s Sofa

Jessalyn CastroFebruary 8, 2017
CubaTravel0 Comments 0
The following article is published in the #RGNNCuba Magazine: Vol. I, Winter 2017, produced during ROOSTERGNN Academy’s first Travel Journalism & Photography Internship Seminar in Havana and Trinidad, Cuba, under the editorial direction of RGNN Expert and Mentor Benjamin Jones. Follow #RGNNCuba for all of our Cuba coverage.

The salty splash of the Caribbean Sea against the wall carried in the breeze and was more than enough to cool me off on my seaside promenade bike ride along the Malecón in Havana, Cuba.

Often referred to as “Havana’s Sofa” because of all the people who collect to sit and enjoy the waves crashing against the seawall, the Malecón stretches along the city’s seafront and is frequented by both locals and tourists. Comparable to a boardwalk, you will find people fishing, walking, biking, or simply just enjoying the company of others with the scenic view.

Along my ride I was able to see the city from all different angles. I could smell not only the sea but the stench of the gutters of the inner city with a whiff of a change in the wind. I plugged in my headphones and had music in my ears but I could still hear the rumbling of the engines from the classic American cars passing by.

I could feel the mist of the waters washing over me. The taste of the salt was prominent on my lips each time my tongue brushed over them. By the end of the ride my clothes were damp and a bit stale, although the sun was out, it wasn’t sweat that made them so.

Riding parallel to the ripples of the waters, I felt almost as if I was surfing the waves with such elegance. Looking out at the horizon, I could see the white caps from the continuous surge of waves being pulled by the moon. I could see where the sea met the sky, the vast Caribbean ahead for miles before touching any other land.

On the other side of me was beautiful, old Havana. As I pedaled along I passed by many historical landmarks and stunning architecture. Buildings dating back to the 1930s such as the Hotel Nacional and the once Mafia-run Hotel Riviera lined the broad boulevard. I used the towering statue of General Máximo Gómez as my marker to know how to get back to the bike rental, at the end of Avenida de los Presidentes (Avenue of the Presidents), also known as Calle G. 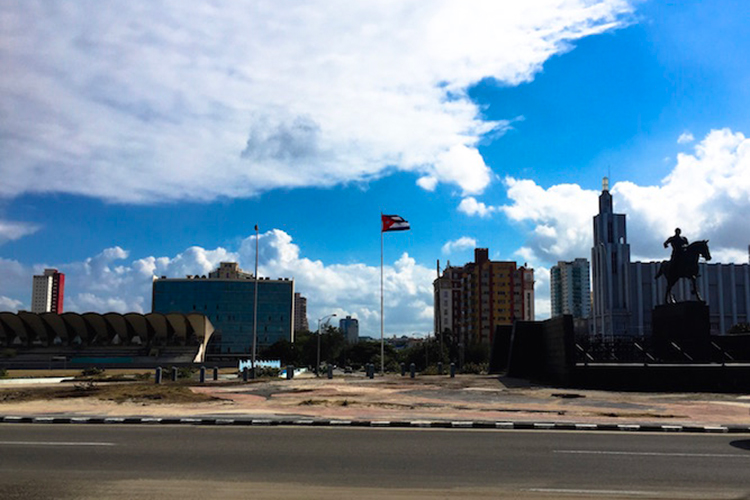 Stopping every couple of minutes to take photos of anything that caught my eye, my entire excursion lasted a total of around five hours. I rented the bike for 24 hours and they gave me a lock and key but I returned it promptly after I was finished with my ride.

The real adventure had begun before the ride, though. My first journey out in Havana alone and not being totally fluent in the language, I was excited to embark on this expedition. But by knowing enough Spanish to get myself to where I was going, I had no trouble getting there.

I immediately realized what I had done. I accidently had given my taxi driver who brought me to the bike shop a very generous tip. Weary about taking both the 50 and the 5 CUC bills out of my pocket and afraid he might try to get me for more, I was sure I had grabbed the 5 in my pocket, gave it straight to him, told him thank you, and left.
Unfortunately, these taxi drivers typically overcharge tourists, and will try to get you for whatever they possibly can. So, he didn’t try to stop me but rather realized it was his lucky day and drove off with a nice gratuity.

At this point I needed to return to my lodgings where I was staying in Central Havana, in order to get more money to pay for the bike that only cost 15 CUC. I was lucky the second taxi driver who took me back didn’t try to ask for more than 5 CUC since that was all that I had. And for free he offered me a cone-shaped paper full of peanuts. This nice gesture restored my confidence in humanity.

I got the money I needed and headed right back to the bike rental. Even more anxious now to get on the bike, once I finally did, everything was all good.

When I reached the end of the Malecón where I could not go any further, I stopped at a rocky bay to snap a photo. As I parked my bike against the wall a local man walking by with his pet bat in a cloth turned and gave me a smile and reinforced what I was already thinking.

“Isn’t it so beautiful?” he said to me in Spanish. And I agreed. We got to talking and he let me ask him a few questions which the answers were very deep and inspirational and quite unexpected. His name was Osmundo Dayan, 22, from Havana.

My first question to him was why he was there on the Malecón at that moment.

“I’m looking for peace, I’m looking for happiness, I’m looking for the light,” Dayan said. He told me a story about a friend robbing him earlier in the day, and he was there at that moment because he was sad and found peace in the beauty of the ever-flowing water. 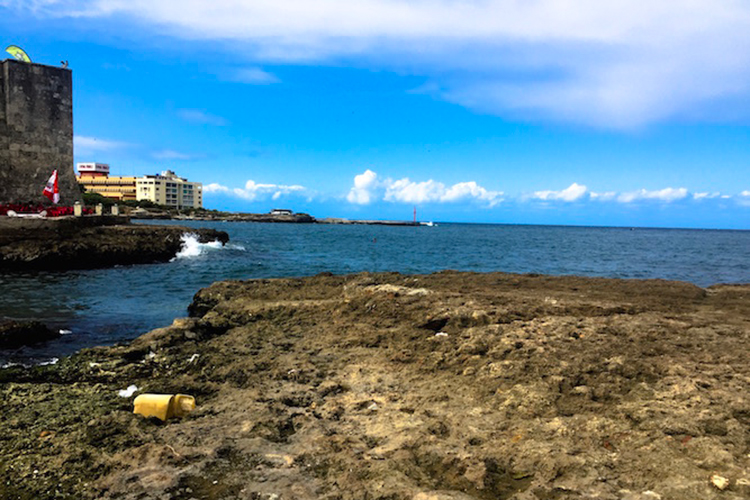 Giving me many metaphors about life, I was glad I bumped into him as his words actually made sense.

I rode my bike back along the Malecón and stopped at a privately-operated restaurant called Santa Bárbara to snack on some octopus. I sat and enjoyed the end of the beautiful day for a while and then found my way back to the bike rental to return the vehicle that allowed me to leave with a new appreciation of life and the city and people of Havana.