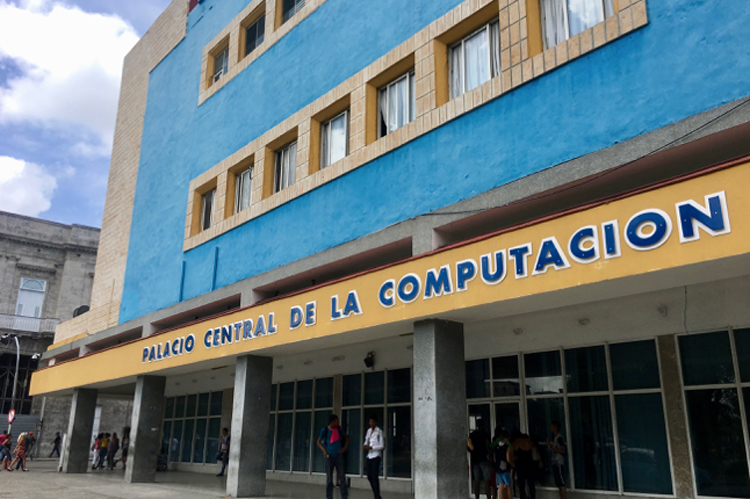 Laura ZornosaJuly 27, 2017
CubaTravel0 Comments 1
The following article is published in the #RGNNCuba Magazine: Vol. II, Summer 2017, produced during ROOSTERGNN Academy’s Travel Journalism & Photography Internship Seminar in Havana and Trinidad, Cuba, under the editorial direction of RGNN Expert and Mentor Benjamin Jones. Follow #RGNNCuba for all of our Cuba coverage.

One word pops out from all the rest in Havana: El Paquete. The thick Cuban accent stops high school language skills and lisped Spanish s’s in their tracks, but this one word rings clear from the capital to Guantanamo Bay. 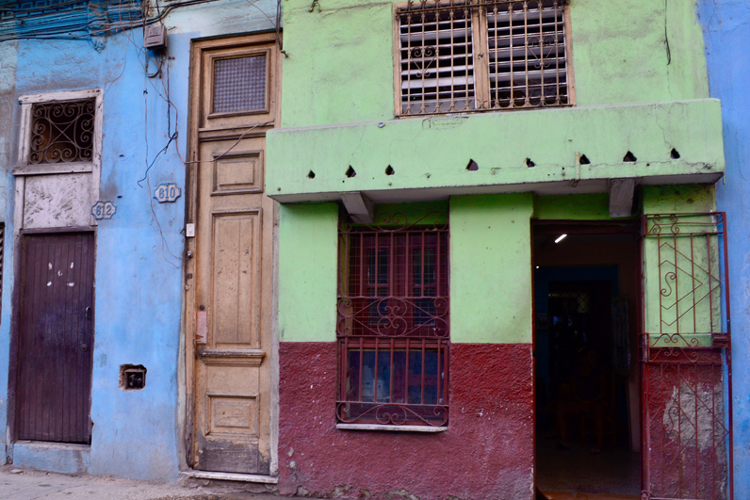 “It’s like the Internet of Cuba,” he said. “Somehow we have access to movies and CDs and some other kind[s] of media. Because we don’t have the full access that other countries have to the Internet.”

In July, a daily government newspaper sold on Havana’s street corners, “Juventud Rebelde,” featured a center spread about the “revolutionary” truths of an island in the internet. While it’s been 21 years since Cuba first connected to the web’s network, access often runs dry.

Toirae finds that a majority or more of the Cuban people use or “take” El Paquete. “Most people, but I want to say that all of us,” he said. “National television doesn’t fulfill our expectations; you know? We try to find some other point of view.”

A quick peek into the gaping, maroon doorway of the Gran Café, like many other local restaurants, reveals a smattering of habaneros taking shelter from the beating midday sun. Mounted on the wall is a miniature, aged television playing old MTV videos. This point of view is drastically different from the six government-sanctioned TV channels available in the city.

Yet at the Mary Disc, Toirae still finds difficulties in selling El Paquete, or pieces of it, to a range of customers. “No doubt about it,” he says, the hardest part is “serving clients. Here we have to serve all kinds of clients, and we can serve PHD[’s] or some others who don’t have the education level, and it’s hard. It’s really hard. You have to be patient.”

El Paquete is for everyone. Its presence may be a bit more pervasive in urban Havana, where shouts of “¡El Paquete está llegando!” spill through the narrow streets. But, while the government seems to turn a blind eye, the package is still illegal, making it difficult to convince everyone to take the risk.

Younger people, however, may be a bit more open to it. Balconies brimming with plants play American pop music, and Yariel León, a worker at La Casa Amada bed and breakfast homestay, sees a divide.   “I think that maybe it’s a bit more for the young people,” he said. “The young people, we use El Paquete more, because it brings new movies, new series, new music. Right now, it’s not as much for the older people.”

León is 28, married with two young children, and a big fan of the new “Fast and Furious” movies and the CSI television series.. He enjoys movies much more than the series available here, from “Supernatural” to “Shameless.” Rolando Carús Padrón, a musician and music professor in Havana, favors more documentaries and historical fiction from El Paquete.

“If I am looking among the classic movies, for example, from El Paquete, one can make their own package on their computer,” he said. “From the package, I have saved on my computer the Italian movie called “La Vida Es Bella.”

Padrón is older, with piercing blue eyes, and at around fifty years old, his tastes have shifted accordingly. He also remarked on the more affordable option of purchasing just a small piece of the package. Stores like Mary Disc and countless booths around the capital sell copies of individual movies and albums from El Paquete. 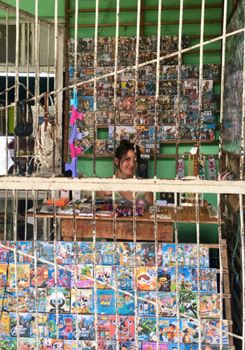 Not many people, it seems, can “take” the whole package; it’s too expensive. A very well-paying job in Havana provides a monthly salary of around 45 CUC (or around $45), but a typical one might pay around 20 CUC. “A network exists,” Padrón said. “If you’re a part of the network — if you enter into the network, you enter into the package. The people that have access to this network should pay.”

Although El Paquete is geared toward native Cubans suspended in a technological time warp, foreign travelers with basic Spanish knowledge can access its content too. The package contains movies downloadable in both Spanish and English, one of which costs only a few cents.

Padrón, on the other hand, comes from a smaller town outside of Havana, where El Paquete costs him about 5 CUC per month. The package of films, shows, series, mobile apps, antivirus protection and more arrives once a week, but this price is still quite expensive for its content. Often, those outside its delivery web will gather round the shared screens of those within it. 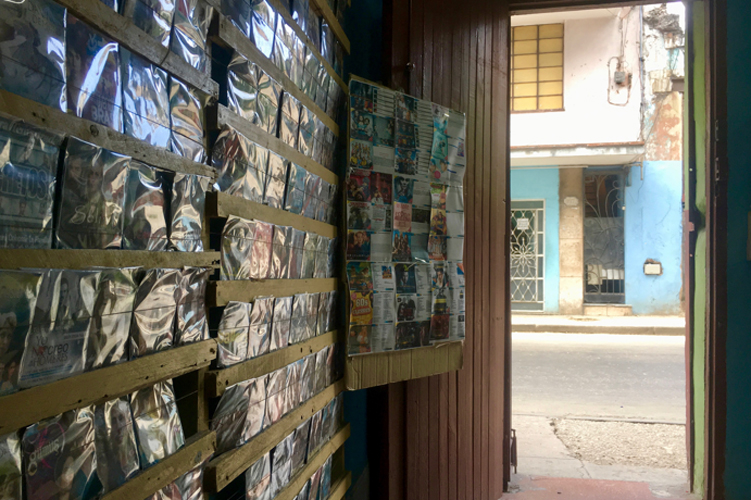 Displays of album and movie covers coat the walls of the dim Mary Disc shop. Genres like acción, comedia, and terror hang side by side with Katy Perry songs | Laura Zornosa

Depending on who you talk to, most of the collection of foreign media is American; León believes it comes from Florida. Its origins are shrouded in mystery, but its outcomes seem the same: it doesn’t really appear to affect how Cubans view foreigners. “Our way of seeing Americans is always the same,” León said. “We, the Cubans, don’t have any type of problem with the Americans… It depends on each person that sees it, but I believe that El Paquete simply doesn’t know the whole spectrum of your country, the cultures of your country, maybe the politics of your country… I believe that it doesn’t affect [our point of view.]”

Padrón shares a similar view: whether movies come from the United States or elsewhere, they don’t really change his perception of outsiders. The Cuban Ministry of Culture, on the other hand, is quite troubled by El Paquete.

“In Cuba, we fought a lot for our identity, for the traditions of our people,” Padrón said. “El Paquete shouldn’t influence the cultural administration.”

Like marijuana in Mexico, he said, the government here tolerates El Paquete. Yet while it’s only been around for at most four years, the government has devised a counteraction: La Mochila, a pack full of Cuban culture stored in a similar format, free and legal to download.

The people here, though, know Cuba. They know and love Havana’s vibrant street life and “¡Patria o Muerte!” (“Fatherland or Death”) murals. What they want, what they consume, is un Paquete Semanal – a weekly dose of foreign culture.