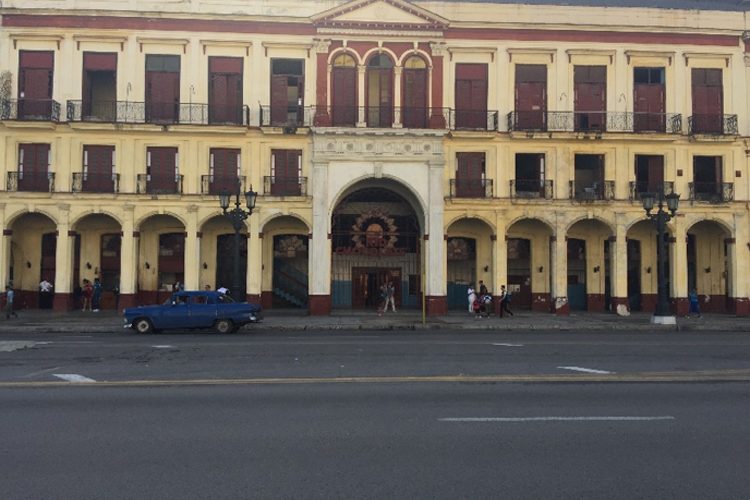 Hans BirhanzelJuly 30, 2017
CubaTravel0 Comments 0
The following article is published in the #RGNNCuba Magazine: Vol. II, Summer 2017, produced during ROOSTERGNN Academy’s Travel Journalism & Photography Internship Seminar in Havana and Trinidad, Cuba, under the editorial direction of RGNN Expert and Mentor Benjamin Jones. Follow #RGNNCuba for all of our Cuba coverage.

The happy voices of Brazilian samba filled the auditorium amidst the clamor of fists and the interchange of limbs. While the Jiu Jujitsu grapplers kept the crowd’s attention, the next generation of Cuban boxers humbly sprinted stairs and quietly shadowboxed in the background. This nationally recognized training center is dedicated to the Cuban pride in combat sports, and while the gym’s champion and founder “Kid Chocolate” died decades ago; the passion and admiration for the fight can be experienced throughout Havana today. 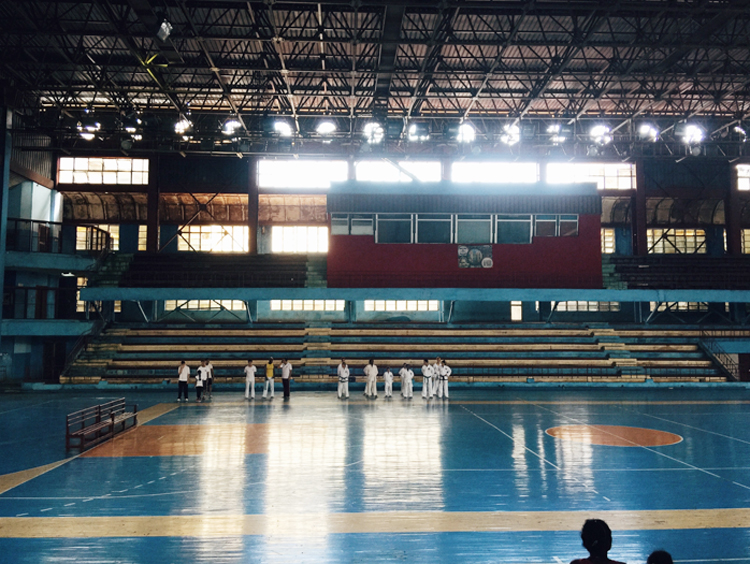 The interior of the Kid Chocolate Sports hall during a martial arts gala. | Hans Wolfgang Birhanzel

Anyone familiar with modern mixed martial arts can appreciate the globalization of various fighting styles across cultural and language barriers. One of these havens exists in Cuba, a country just now becoming accessible to U.S. fighting fans. While unbeknownst to many, Cubans share the love of combat sports with their neighbors to the north. In fact, the fighters and respective styles that have emerged from this isolated country are a source of national pride. 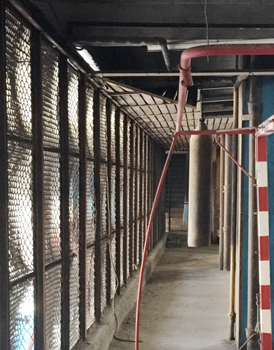 Weight bags placed across the track around the auditorium. | Hans Wolfgang Birhanzel

One such Cuban I interviewed by the name of Paul Castro stated, “While most think baseball and soccer are the best exported Cuban sports, many young Cubans think of local boxing legends such as Kid Chocolate as better athletic models.” Paul wasn’t bluffing, every young boy I encountered in the streets of Havana recognized the figure of Kid Chocolate, the majority of whom recalled to me the various fights of “Kid” in which he won by a one round knock-out.

The more I learned about Kid Chocolate the more I understood the Cuban boxing and martial arts drive. Kid Chocolate (also nicknamed by Cubans as the “The Cuban Bon Bon”) was a short and scrappy fighter, born in Havana in 1910 and who quickly became a national icon.

With a record of 136 wins across 152 fights (51 of which were by KO) it’s not surprising why posters of Kid Chocolate adorn the walls of Cubans next to their revolutionary leaders. He debuted in 1927 across the city of Havana, with nine bouts and nine consecutive wins. Undefeated, he traveled to New York and became a legend; becoming the first ever black Cuban to pick up a world title in both junior lightweight and featherweight. In a country dominated by many light-skinned athletes, the importance of having a black role model for the athletic youth cannot be understated.

Once he retired in 1938, he settled down again in Havana, remaining there during and after the revolution of 1959 until his death in Cuba in 1988. By the 1980s the revolutionary government of Fidel Castro had recognized and celebrated Kid Chocolate’s achievements as the hometown Havana hero.

As somebody deeply interested in fighting history myself, I was fortunate to be able to receive all this information via my experience visiting the gym dedicated to him. Easy to find, this gym and fighting stage is located directly across from the Cuban Capitol building, with the large letters of Kid Chocolate decorating the red entry fence to this stadium. The gym is now used by the next generation of Cuban fighters, their fighting styles ranging from Muay Thai to Kung Fu; with most of the the boxers there trainees.

I met a Cuban woman named Esther tending to the gate (most of the week the gym is closed to a selected few fighters and for classes) who showed me the detailed museum beneath the stadium area dedicated to Kid Chocolate. Here you can view the various newspapers articles, gloves, and pictures of bouts surrounding the legend for free.

However, for many fighting fans; a museum is not enough to satisfy and this gym features options for both observation and participation. Local boxing, MMA, Karate, and Brazilian Jiu Jitsu exhibitions and events all take place at the Kid Chocolate building. These events only take place on Friday and Saturday mornings; those looking to attend can find more specific times located on the large black board located in the front of the building facing the capitol. I was able to attend a gala of various martial arts on a Friday morning, with performances and skirmishes by Kung Fu, BJJ and Karate fighters for only one CUC admission (around $1). 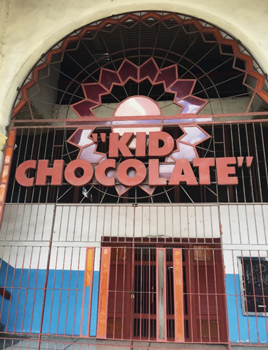 The outside doors to the Kid Chocolate Sports Hall. | Hans Wolfgang Birhanzel

For those looking to get more involved in the Cuban fighting scene, according to Esther, the gym offers classes to groups of foreign fighters interested in brushing up their skills or learning Kid Chocolate’s famous quickness on a case by case basis. I’d recommend any participation in Cuban combat arts take place here, as the majority of local Cuban boxing clubs lack a roof in a very tropical and wet climate.

I left the gym with a new knowledge of a Cuban legend, information on how to facilitate the training and development of my own fighting skills as well as being able to take in a fighting event abroad. As Kid Chocolate shows, the fighting spirit lives and thrives in Havana; and now that the walls separating it from United States begin to fall; there has never been a better time to come and experience it.