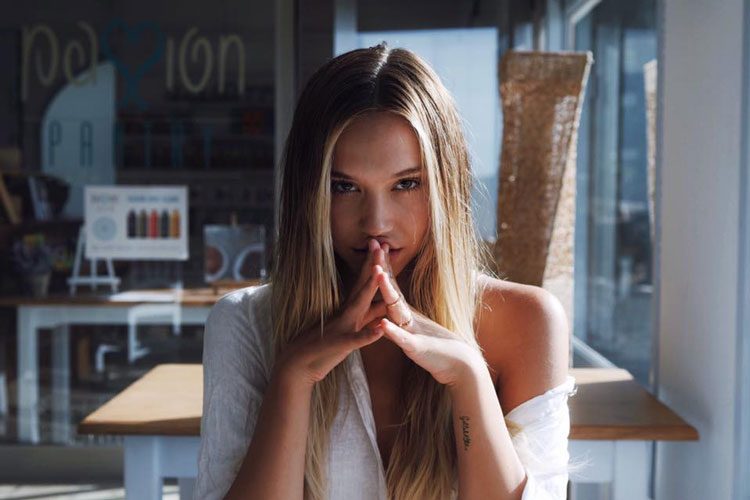 Stella YanakievaJanuary 24, 2018
CareerFashion & Lifestyle0 Comments 6
ROOSTERGNN is a non-profit news agency that promotes freedom of expression and journalism education. #RGNNadvisor is an interactive section of resources for journalists and communications professionals, helping them to become better communicators and moreover, to pursue a successful career in the media industry.

Less than three months ago, Twitter increased its word limit from 140 to 280 characters. Freedom of speech has never felt so free. Political figures, Hollywood stars, Netflix fans, haters included – they all have something to say. But what do bloggers think about the on-and-off trending social media platform?

To the guys: Twitter is where I speak my mind if you wanna jerk off to my photos go to Instagram

While she makes a clear distinction of the purpose of the two mainstream social media channels – Instagram and Twitter – ultimately, the lines are blurred.

To be Insta-famous requires a bit of luck and a lot of work to keep up with the never-ending, ever-demanding flow of updates. Some people are willing to set up their whole life online, especially if that comes with the promise of a career. Others need a bit of persuading.

absolutely, thats why i find it all so interesting. Im in the midst of it. https://t.co/4K5L7O73eH

If you’re an anspiring blogger and Insta-beginner, here are a couple of tips borrowed directly from the Twitter page of Alexis Ren. I mean, in a crowd of contemporary philosophers and authors that finally got the phone out of their publishers’ hands, what makes her voice stand out?

1. Keep it real and down-to-earth

Alexis is never afraid to seek advice, even if she’s close to 12-million-Insta-fans famous. She’s just like all of us – sometimes feeling insecure, sometimes being taken aback by anxiety, and sometimes being ridiculously honest about it.

Does anyone have good tips for anxiety attacks

She has openly admitted to have had an eating disorder in the past and believes that using social media to promote a healthier lifestyle is possible. She might be naughty, but she’s not Miss Perfect and she’s happy to aknowledge it.

You don’t need to keep it cool 100% every single day at every single moment. It’s okay to be tired and to want to take a break from life’s responsibilities. When you do, capture it. You’ll see the happiness on your face better than on any other highly stylized and Photoshopped image.

Alexis is regularly sharing personal snaps taken out of the ordinary moments, which certainly brings her closer to her followers who can then relate to her on a different level. It’s always great to see the human side of a model, whether that’s a super-model or an Insta-famous model. Alexis has somewhat become both.

3. Turn your experience into inspiration

When I say inspiration, I don’t mean start quoting what famous people said centuries ago. In other words, all these quotes that can so easily be found every time you open Facebook and browse through the latest updates of your friends. Annoying, right?!

Alexis is acting like the best friend that always has your back, even when you think you’re all alone. The reminder that you are worth it, that you can deal with whatever challenge you’re facing, that everything’s going to be alright.

Isn’t this more interesting than repeating the famous quotes that will continue to echo even in the decades to come? To hear something real and coming from within. To hear someone on her path of self-discovery and finding her voice. I sure think it is – another 1,44 million people on Twitter do too!

4. Make sure you use all the features

Instagram may have added the polls in its Stories quite recently, but Twitter has long been a place where you can have people vote.

should I keep drinking and see where this goes?

Your poll doesn’t have to be something extremely well-thought and genius, but if you can make fun out of it, you get bonus points, or should I say bonus followers!

5. Finally, a little bit of playfulness is allowed!

People like getting to know interesting people – travelers, artists, fashionistas, thinkers, doers. Alexis is all of the above.

You should, too. Not just for the thrill of posting it online, but for the joy of living, feeling alive and laughing till your stomach muscles start aching!

Once you’re an Insta-regular, joining Twitter shouldn’t be too much of a hassle. Try to post daily and don’t just copy what you’ve already uploaded in Instagram. If you’re unsure about finding your voice, why not borrow further inspiration from Alexis Ren and watch out for the other Insta-faces that are slowly but surely turning to Twitter!