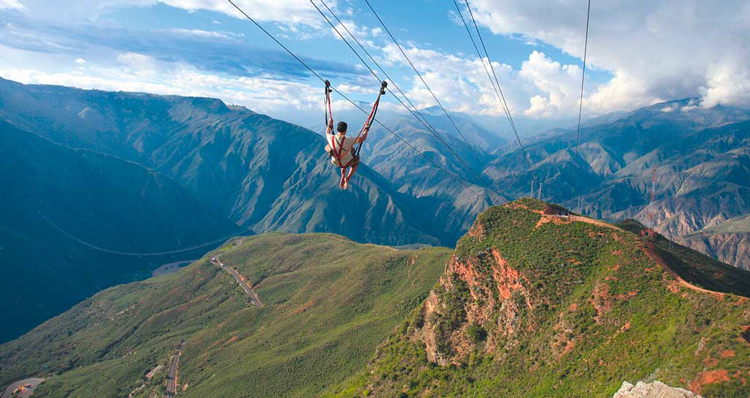 My Home is not “Narcos”

Overwhelmed by the question: “Is Colombia actually like Narcos”, I decided to watch the three seasons of the Netflix Television show and analyze it myself. Every time people listen to my accent and wonder where I’m from, I go into a direct state of conflictive emotions. Sometimes I want to proudly scream, “I’m Colombian!” but even though I’m always proud, there are times I have doubt about it. Recently, explaining that there’s a country called Colombia hasn’t been an issue since Narcos has made it a famous country. Now, when I say I’m Colombian, I say “Yes! I’ve seen the show Narcos and NO!… Colombia isn’t like that anymore”. 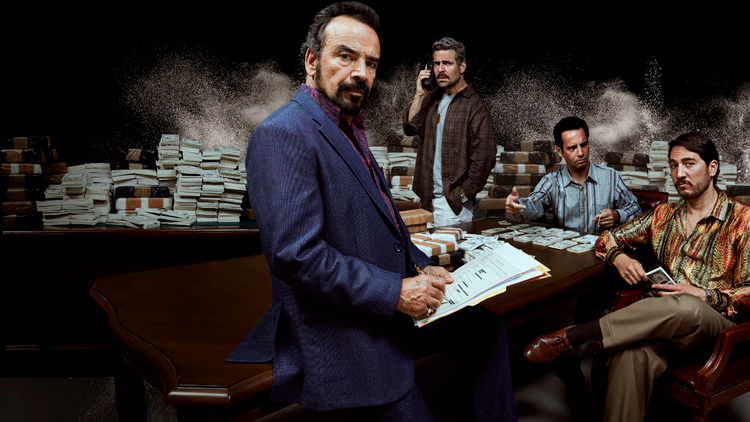 The crime-drama web television series, directed by Jose Padilha, aired in August 2015. From the perspective of the DEA agents, the show tells the story of the Medellin and Cali cartels. It was an opportunity for many Colombian actresses and actors to debut in American Television; and despite its graphic content, most of Narcos is historically accurate. However, Colombians have lived, known, and heard all the possible versions of this story, and we’re tired of it! That’s why; I made a list that I think all Narcos fans should read. 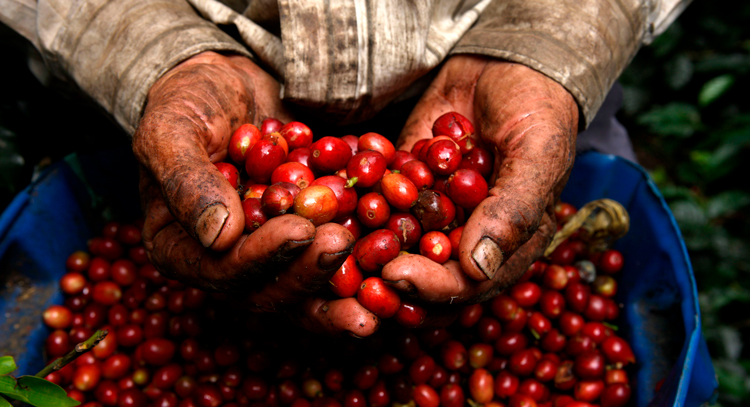 Our national identity has become Narco-terrorism and drug trafficking.  I’ve been asked before if I’m Pablo’s niece, or if I brought cocaine with me on my “boobs”. Guess what?  None of these questions are funny to us. We’re all victims of this unfortunate part of Colombian history and we don’t want go back to it.

George Gerbner published his research study “Living with television: The violence profile” in 1976. He explained, for the first time, the Cultivation Theory; but how’s this important?

This theory states that heavy television viewers tend to believe that the world created by TV is an accurate depiction of the real world.  It suggests that prolonged television watching can tend to induce a certain paradigm about violence in the world. Sounds like Narcos fans, right?

The fact that my life and identity have been compared to a show seems to be a consequence of general television viewing and I’ll most likely not be able to change that. However, I might be able to dissipate this information.

Colombia is the 7th largest U.S. supplier of crude oil, exporting 387,000 barrels/day. It’s the second largest exporter of miscellaneous chemical goods. These are used to make all kinds of products such as matches, chewing gum, soap, adhesives, and even pencils. Colombia exports 1.6 billion dollars of gems, minerals, and gold per year, exporting about 90% of the world’s emeralds. It’s the second largest exporter of the world’s flowers and the third largest country exporting coffee, tea, and spices. It’s evident that people have tried other products coming from Colombia besides cocaine.

It’s normal to feel fear about a place after watching all the violence coming from Narcos. Colombia has a violent history but in the last 20 years, the country’s safeness has tremendously improved.

When I watched the show, there were many scenes I couldn’t look at because it either brought back memories or because it was over-violent and graphic to me. Regardless of the intensity of the show, it was still a success; reaching 95% approval by google users. But why?

In 1984, Feshbach’s study about aggressive drive and the reduction of aggression described what’s known as Catharsis Hypothesis. It states that if you’re anxious or hostile, watching violent television acts as a relief or release process. In other words, watching violent T.V. makes you feel better. It’s like a purge; and believe it or not, this is the justification used by violent video game creators.  Even though a large amount of research studies demonstrate the opposite effects of violent television viewing, at least 50% of Narcos fans have experienced the catharsis hypothesis after watching the show.  But, just in case you wonder if going to Colombia feels like playing League of Legends, it does not!

As with every other country, you’ll have to take basic safety precautions. There’s no reason why you should end up being in the middle of nowhere, or in a dangerous area as far as you’re using common sense and good judgement. More than half of Colombia’s population lives in the northern region of Colombia and in major cities.  54% of Colombian territory has less than 3% of the country’s population. The rest is all dense and virgin jungle. There’s one death every 43 seconds in US in comparison to one death every 2 minutes in Colombia.  Homicide rates have decreased 64% over the last 20 years.  In 2017, the government signed the peace trade with the guerrillas (FARC) which resulted in President Juan Manuel Santos being awarded the Nobel Peace Prize. During 2016, the official Colombia Safety Report noted 207 recorded kidnappings; becoming the lowest amount ever in Colombia’s history. So, if you think there’s a risk in going to Colombia, I can tell you: The only risk is you want to stay. 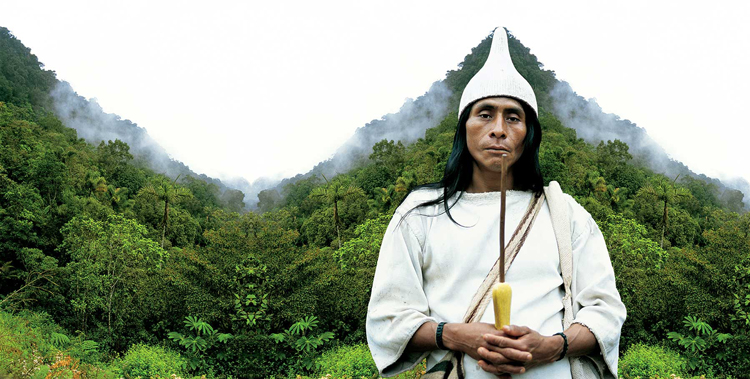 Indigenous Communities in Colombia consider coca leaves sacred and part of their traditions. Many groups live 10,000 feet above sea level and use coca as a stimulant to confront the altitude sickness. The “Coca Law” or “Ley de Coca” allows them to cultivate the plant within their territory. Narcos doesn’t show this, but, drug traffickers and guerrilla groups repeatedly abused indigenous coca protection law. Traffickers would displace indigenous people from their native territories to take advantage of the benefits and later use these displaced and innocent people as drugs mules. I’m sure Agent Peña would have not survived in indigenous territory.

For these communities, every natural aspect of life is derived from an organ of the earth and without it, life would be unbalanced. The coca leaf is a female organ and therefore, by tradition, only women can tear the leaf down and can’t make use of it. It is commonly used as an offer to the mother earth or to reach the perfect state of mind to communicate with the cosmological gods.  Most Colombian families use the coca leaf as a tea or as a medicinal product. Unfortunately, all these properties and meanings of coca lost genuineness when cocaine became popular and indigenous peoples were direct victims of this “Narco-story”.

4. America is the third largest consumer of cocaine 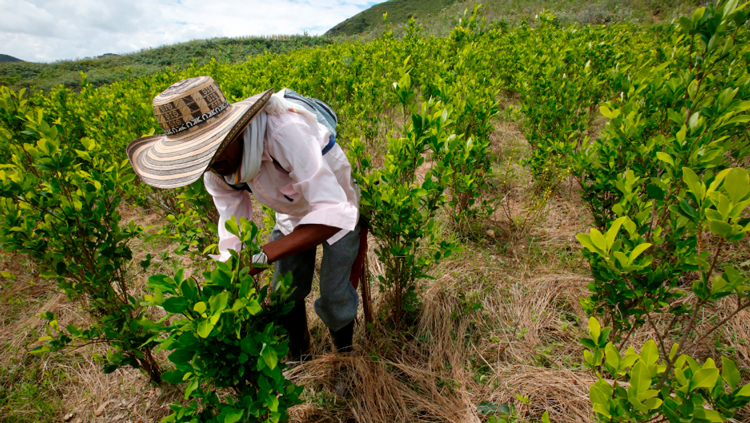 The United Nations of Drugs and Crime reported that in 2016, the US population consumed 25% of the world’s cocaine, being the third largest consumer after Scotland and Albania. However, Americans are not direct victims of this conflict. At the end of the day it is Colombians who bear the stereotypes and live the war.

When cocaine gets to the streets of United States, one kilo will provide $60,000 in revenue and only a dollar goes to the coca farmer’s family.  27.8% of Colombia’s population lives under the poverty line compared to 15.3% of America’s population. During the years of conflict, an average of 25,000 people would die every year in Colombia. In my country, it’s estimated that the production of one gram of cocaine comes at a price of at least one Colombian’s life. Luckily it was never me or any of my closest family members. I would recommend having a second thought before snorting that line of cocaine and realize that the next death could be an innocent child or yourself. 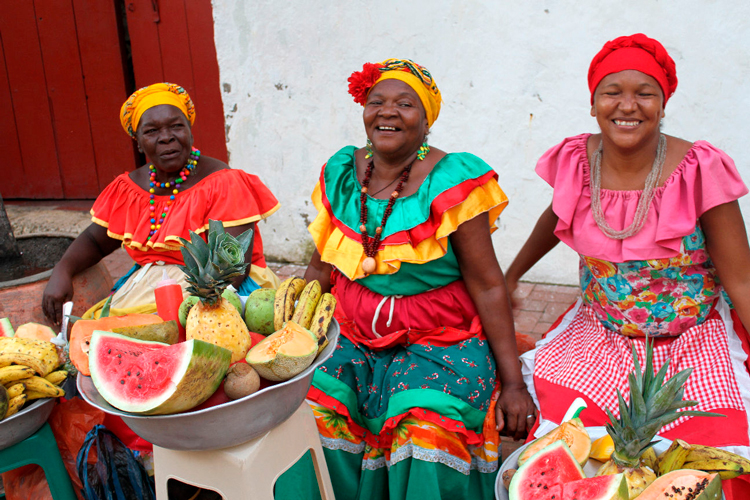 When I think about my home, I remember the smell of the coffee my mother made every morning, the voice of my grandmother singing “pin pon” while bathing us with “totumas”(a coconut bowl).  I remember the taste of hot sugar cane tea with a piece of melted cheese inside, and the sunrise at 6:00am every day of the year. 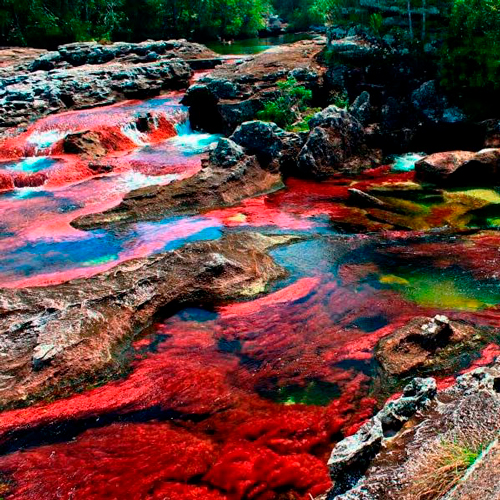 It’s the second most biodiverse country on earth where the Andes, the Caribbean, the Pacific, and the Amazonas meet to create incomparable landscapes. In this magical place  rivers are painted with seven tints and dolphines are pink. Towns are full of colors and the water has all types of green.

Colombia is very similar to America. It’s also the land of dreamers. It’s the land where people wake up with a smile in their face although uncertainty, terror, and tears surround them.  It’s the place where there are no limits and where the most absurd ideas become the livelihood of its residents. It’s the land of fighters because not even sixty years of war were enough to defeat our people. The opposite is true, we became stronger, united, and talented.  We persisted through a nightmare and evolved into a land of hope. The story of “Narcos” is like Colombia’s magic surrealism. My home isn’t “Narcos”. My home’s is what this story made us become.