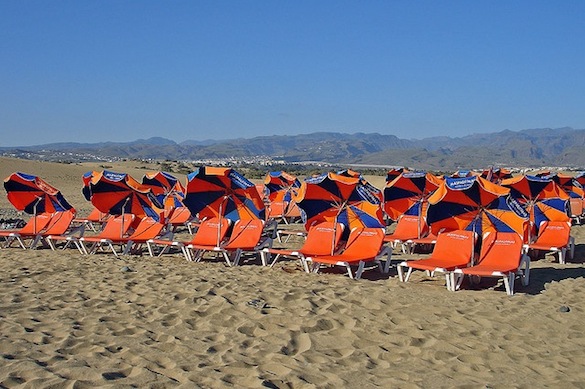 A Weekend in Gran Canaria

GRAN CANARIA, SPAIN. A sea ripping wind cries over the pine forests and hollow caves that line La Ruta por las Cumbres, a hiking trail in Gran Canaria’s center. The next moment, the howl rescinds back into the tide, as the hikers continue on without interruption. 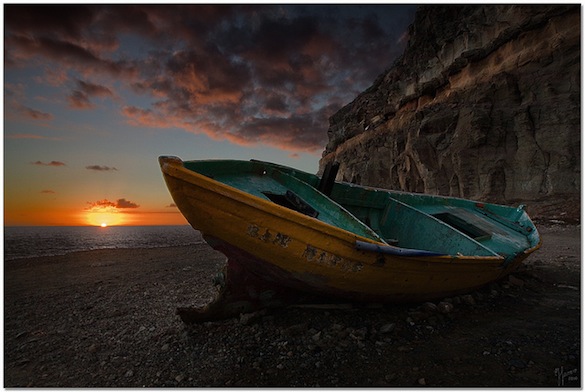 Across the Atlantic, the Mount Teide volcano, -the highest point in Spain at nearly 13,000 feet,- watches from its lookout point on Tenerife. Below pillow-shaped clouds, which vanish into blue, lay the island’s ecological immensities. Fruit trees and farmland spread from the middle, giving way to sand dunes and canyons near the wading coast. The hikers are voluntary ants in a tropical Petri dish.

Sometimes called “the small continent,” Gran Canaria, one of the seven islands that make up the Canary Islands, is a UNESCO World Biosphere Reserve. This is a place where the air breathes a bit easier and the rain never seems to fall – where sun-scoped sights and salted tastes last an instant. An island where visitors always keep eyes and mouths open to soak up each moment, because next time they awake the feeling will already be gone, retreating into the unending waves. 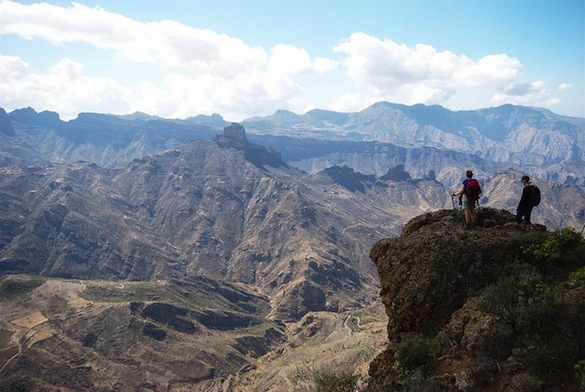 Gran Canaria owns a varied and mountainous terrain that, at times, hides itself from easy access, but consistently reveals pictures so inspiring that it could erupt the stubborn stone heart into blissful red flow.

And good news for all you travelling vagabonds out there: many of the best opportunities to see Gran Canaria’s best sights come free of charge. All you need is a shoestring sensibility and a bright pair of boots. Go hiking along photogenic routes or picnicking inside the national park that surrounds Caldera de Tejeda, a crater carved into the island’s center.

Keep walking with a trip to nearby Pico de las Nieves, the island’s highest peak, for another frame-on-your-wall view.

Back on sea level, other options for exploring the island come at a cost, but may profit the adventurer. Pro Surfing Company gives out €45 sand boarding sessions on the Maspalomas dunes. (Snow)board through the “sandscapes” to experience a momentary rush on a unique, and noticeably snowless backdrop.

The same company gives surfing lessons on various coasts, starting at €25 for first-timers. Though difficult to learn, surfing is a good excuse to get your backside off the beach towel (even if only to get thrown back by the waves) and into the seas.

Nude, or “Naturist” beaches, are everywhere on the island. There are over a dozen, including four in the popular pueblo of Maspalomas. Signs will indicate when you are entering a nudist zone, if you want to steer clear of dangling private parts. Spain, and Europe as a whole, remains farther along on the liberated body movement than the U.S., so different manners will apply. For starters, don’t stare for too long and giggle like the boys. A good choice for a family-friendly, fully clothed beach is Playa de San Augustín, which also strays from touristy crowds.

Black sand beaches, like the coved beach in Agaete, remain popular must-lounge points for tourists. The sand contains lava from past volcanic eruptions, adding grain-sized reminders of perspective over the islands’ ancient creation.

In Maspalomas, the golden sand dunes are right next to the ocean and give a new, more difficult meaning to liking “long walks on the beach.” The sandy hills provide useful exercise and some lasting views. With so much motion around the beaches, it becomes harder to lie around and tan without the attention span trailing off into active wonder. 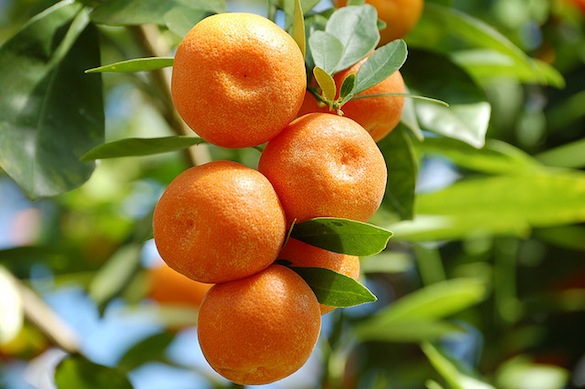 Orange trees like this are common on the island | Firesign.

“No lo bebas!” yells the hotel worker to the sweaty tourist, who is chugging tap water like a panicked hamster. By then it was too late, he had already drank enough of the tainted water to drown a cactus. For the next few days he would get sick ten times each day. Remember this story when you start walking towards a sink in Gran Canaria.

Though the water may be undrinkable, the food that comes out of the sea here is unforgettable. Dedo de Dios in the pueblo of Agaete on the island’s northwest side is a popular seafood restaurant next to the black sand beach pier. Inside, the large roof and hanging plants make it feel like a tropical green house. Platters of fried sardines and fresh squid are some of the best in Spain, with reasonable prices to match. The restaurant gets its name from the finger-shaped rock structure off the northern coast, which was destroyed by a tropical storm in 2005.

Also make habit of snacking on the fruits and nuts throughout the trip. Gran Canaria sprouts alive with seasonal harvests of bananas, oranges, avocados, and almonds. 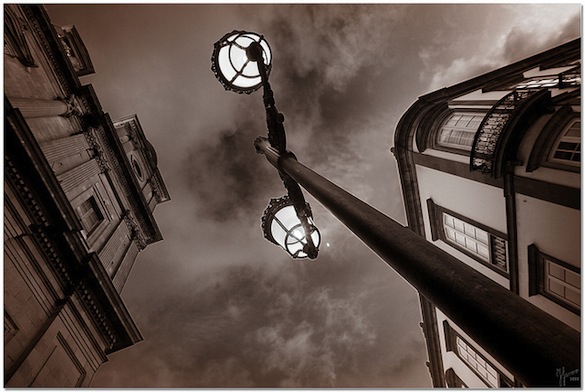 Starting a night out in Gran Canaria | Eike R.

Streets talk with nighttime fever, looking to turn polite silence into a twilight myth. On the island’s southwest side, in Puerto Rico, partygoers pose fleeting attempts to stall the incoming morning. Bars like Snoopy Disco Bar and Tommy Tuckers Irish Bar are among the variety of discos that make up the pueblo’s nightlife.

A stay at Aquasol Apartaments can be an easy starting point. Rooms start cheap at €29 per night and a location between bars and beaches is what lures in the younger crowds. If you want to be near a never-ending party scene, check out more hotels in Las Palmas.

For those looking to nab some peace and quiet on the island, the Hotel Mirador Dunas in Maspalomas is another good bet. Rates are beginning at €34 per night in June, but will get much steeper during July and August.GRAN CANARIA, SPAIN. A sea ripping wind cries over the pine forests and hollow caves that line La Ruta por las Cumbres, a hiking trail in Gran Canaria’s center. The next moment, the howl rescinds back into the tide, as the hikers continue on without interruption.