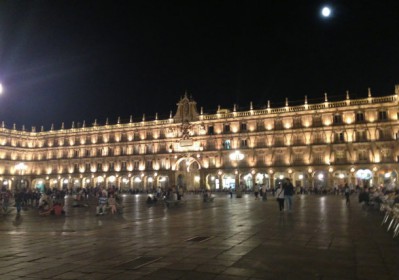 SALAMANCA, SPAIN. People often travel to new places with a certain image of the place they are going to visit. When I arrived in Salamanca last Friday, it was with pictures of young people partying in cool-looking bars. Of course, I was excited to see the famous monuments and places, such as the “Casa de la Concha” or the “Universidad de Salamanca” (oldest university in Spain and fifth in Europe!). But then again, as a college student, the primary objective of my trip was to verify the notorious reputation of Salamanca’s nightlife. However, my trip took a very unexpected twist. 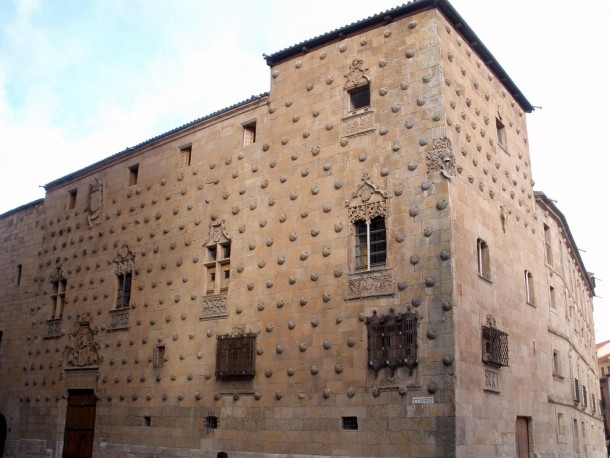 The first surprise was the countryside between Madrid and Salamanca, which, in its own peculiar way, was quite charming. I planned to sleep through the three-hour trip from Madrid to Salamanca but found that I couldn’t due to the leafy glade, the hillsides of the dry and rocky soils, and the ground that continuously unrolled under the wheels of the Renfe train. All of these tiny details together truly enhanced my traveling experience.

Coming from Madrid, I didn’t understand why is it that Salamanca is such a famous destination for Madrileños, since it seems to be a smaller city but just as busy. Everything made sense when I saw, for the very first time, the pink and gold sunset reflecting on the famous Tormes River that surrounded the Golden City. That peaceful sight immediately quiets the city, while imposing the tranquil sound of rural life. And I knew, right then what the charm and the fame of Salamanca was all about: it is the ultimate “city in between.”

The anachronism found in this city is oddly seductive. As if the presence of both the young and old crowds in the Plaza Mayor—which is the heart of the city due to its location, as well as use as a meeting place—was not striking enough, the faces of Cervantes, Rey Carlos V and other portraits of famous Spaniards around the Plaza seemed to be joining the our modern parties.

The Plaza is surrounded by tourist traps as well as fancy-looking restaurants for older travelers, willing to save the Spanish economy (I recommend a restaurant called Bambú, situated at C/ Prior 4, if you are looking for a trendy place, Asian cuisine and a local experience!). I stood there in the middle of the Plaza for a while, simply stunned. Once I got used to the beautiful sight, I joined my friend for dinner at a restaurant called Mesón Cervantes (Plaza Mayor, 15, 37001), recommended by our concierge. Everything was amazing until the cuenta arrived: since it is probably the most famous restaurant in the city (find out why), the prices are much higher. The ambience there was much calmer than other places we had passed on our walk, as the people who dined there were mostly older and families from out of town.

After dinner, my friends and I entered, one by one, the many bars (I highly recommend La Perla Negra and Gatsby as both are catered specifically for students!) and chupeterías that seemed to have popped up in front of us… And I had thought that Madrid was the cheapest city in Europe! I was proven wrong as I looked at the prices offered by these different bars (selling 50cents-shots and 3 euros- cocktails!). Perhaps this is the main reason why the nightlife here is so famous. Unlike Madrileños, young people here tend to make several stops at different bars to say hi to people they know before heading to the main club called Camelot.

Most of the bars are found in the center of the city and this made life much easier since everything is within walking distance. Bars and cafés are found on the same streets as the cathedrals, museums and Salamanca University’s buildings. This, I believe, is because of two reasons: to cater to the students and to help the tourists get through their guided visits. Departing from an economic decision to build these mini-attractions in the same area as the main touristic-hotspots, the people of Salamanca had unconsciously created, throughout time, the beauty of this “city in between.”