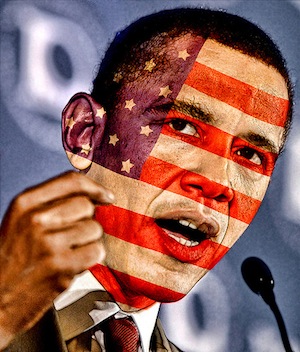 USA. Five years ago when former Constitutional Law professor, Barack Hussein Obama, took oath as the 44th President of the United States of America, the world jumped and swooned in delight at the change of guard in Washington. The very notion of an arrogant and often neurotic presidency being replaced by a humble albeit, star-struck couple from Illinois had the people do back flips in their barcaloungers. Five years later, these very people are a disillusioned lot with their revered president on the precipice of another war or as Washington would like to term it a ‘limited strike.’

I am not ashamed to admit, I looked up to Obama. I was bowled over, just like everyone else by his uncanny ability to articulate and empathize, a rare combination one last saw in the late President Ronald Reagan. Yet, for all the promise he showed in his powerful electoral campaign, he has fizzled out quicker than a Coca-Cola. It is hardly something new to say that Obama rode the presidential wave on the back of an impressive surge of Anti-incumbency against the Bush presidency, coupled with an erratic campaign by John McCain. Yet for a man who shone the brightest in the light of other’s mistakes he is keen on committing quite a few himself.

The latest of this is his decision to strike Syria, against the forces of Bashar Al-Assad who, Obama asserts used chemical weaponry to repel protesters. The man who surprisingly won the Nobel Peace Prize now asserting that a strike, limited that is, is the only arrow in the quiver of the world’s arsenal. For a moment, if one tries to forget the fact that this strike is still just an option on the table, that it still awaits unlikely approval from the House even though the Senate will most likely approve it, and just consider Obama and War side-by-side, it still wouldn’t make sense. How could it be that President Obama, the fierce senator and critic of the Iraqi invasion who called for all stops on ‘dumb and rash wars’ as back as in 2002, would go on to defend another senseless incursion?

To be fair to President Bush, he had the support of 42 nations, the ‘Coalition of the Willing’ and most of the American people behind him when he ratified invasion. Obama has neither the support of the U.S. public, nor its truest ally Great Britain, which has chosen to ditch the war wagon and wait for the UN report of such perpetrated use, or the Arab league, which had enthusiastically supported the strike on Libya. Escalating a violent civil war into a wider explosion of devastation is hardly something any President would want in his CV. Yet, President Obama is choosing to ignore this concern by continuing to tread the perpetual war footing of the Bush administration. This only one of few gaffes in his foreign policy, which includes escalation of war in Afghanistan and unwarranted drone strikes that have killed more civilians than terrorists.

Obama has been no hero when it comes to domestic policy as well. The people, the multitude of people who sang, chanted and prayed in bars and churches in many parts across the country were left disappointed by what the President termed as ‘modest encroachment’ when the fact that American intelligence agencies were involved in active surveillance on American citizens. “You can’t have both 100% security and 100% privacy,” Obama responded to the backlash. A statement from the same man who attacked the Bush administration of putting a fake choice between liberties and securities.

Shakespeare’s work has long lived on for the unique characters he brought to life on paper, vulnerable, flawed, haunted and strangely tragic. If the Bard were alive today, he would have found solace in Barack Obama, the messianic figure cut to size and who has chosen to ignore the obvious and be a party to his own self-destruction. Perhaps, the Nobel Peace prize was just symbolic. Symbolic of what little meaning peace has left, and how the people we often expect the most from, let us down superbly.