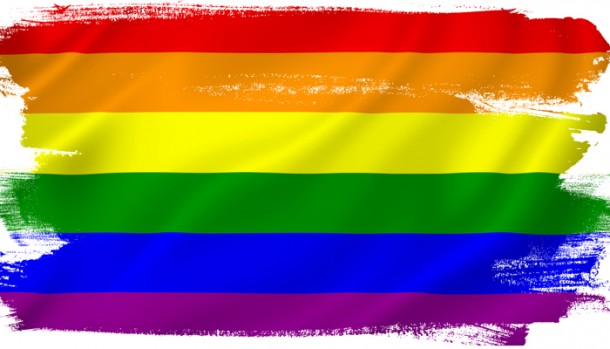 WARSAW, POLAND. As part of the live coverage from this year’s World Summit of Nobel Peace Laureates, ROOSTERGNN is conducting a series of follow-up interviews with speakers and representatives of diverse organizations present at the event.

One of these organizations is Kampania przeciw Homofobii (KPH), or Campaign Against Homophobia. Based in Poland, KPH conducts a wide range of activities to bring greater equality to gay and lesbian people. Specifically, these activities seek to increase tolerance and acceptance while tackling stereotypes and prejudices, as well as offering psychological and legal help to victims of homophobia.

KPH has formed part of numerous international initiatives addressing LGBT issues, participating in events such as youth exchanges and networking via NGO platforms and other social campaigns. The organization is currently particulary interested in working with countries east of Poland.

Vyacheslav Melnyk has been involved in Campaign Against Homophobia since June 2011. He started out as a volunteer, and in August 2012, was elected Secretary of KPH.

Here, he discusses the current state of gay rights in Poland, the efforts of his organization, and what they are planning to do for the future.

In October 2011, Anna Grodzka was elected as the first transsexual member of Poland’s parliament. The same month, openly gay politician Robert Biedron was elected to the Sejm, the lower house of the Polish parliament.

In February 2013, however, Polish lawmakers blocked Anna Grodzka “from becoming deputy speaker of parliament on Friday after her nomination caused discomfort among some sections of Poland’s devoutly Catholic society.” A month later, former President and Nobel Peace Prize Winner Lech Walesa was accused of pronouncing hate speeches after saying that in parliament, gay Polish politicians should sit in the back “or even behind a wall.” He claimed that, “a minority should not impose itself on the majority.”

Based on events like these, do you believe that, overall, progress is being made with regards to LGBT rights in Poland?

Vyacheslav Melnyk: Yes. The positive progress in attitudes towards LGBT people is visible not only in the polls, but also through the fact that there has been an election of the first openly gay member of the Parliament and the first transsexual MP. There was opposition to choosing Anna Grodzka to become a deputy speaker, but this cannot be used to measure the attitude of the general population, as, in general, the representatives in the Sejm are far more conservative than the public, as seen in the polls.

The Polish parliament currently continues to reject efforts to legalize gay marriage. Do you think it is possible that this will change sooner or later? How is your organization helping to change this?

We’ve put a lot of effort into lobbying the aforementioned bills. We’ve organized a series of debates regarding these issues and have conducted a few ad-hoc events to raise public awareness on the issue, such as encouraging people to ask MPs for their stance on the issues, printing leaflets, brochures, and more. Currently, the Prime Minister and the leader of the ruling party, Civic Platform, have announced that the bills will not come into force in the near future, despite promising otherwise prior to the elections.

You also try to help at an “educational level.” How exactly do you do this? What kinds of reactions have you received?

This year, KPH has put out two publications addressed to educators on various levels: school teachers, school administration staff, school psychologists, and more. KPH has published a report on the attitudes of school staff towards the issues of homo- and transsexuality, how often, if at all, they address the subject, and how they react to acts of homophobia in the school environment.

In addition to the report, KPH has produced a practical manual for educators called “Equality Lesson.” The publication highlighted the ways in which the teachers can make the school environment more inclusive for the LGBT students’ community.

Apart from that, KPH has met with representatives of the Ministry of Education in various regions in order to present the results of both the report and the practical guide.

The Ministry of Education, on the other hand, has refused to meet with KPH on many occasions.

There have as well been cases when schools have contacted our organisation with an invitation to conduct a seminar for their school on the topics of homosexuality, broadly understood tolerance and acceptance.

What are your plans for both the short-term and long-term future and what about at an international level? For instance, with the current conflict over the level of visibility of homosexuality allowed in Russia, have you collaborated with foreign or global organizations? If yes, how so?

KPH, as a member organization of many LGBTQ umbrella organization (e.g. ILGA Europe, IGLYO, ANSO, etc.), participates in events and projects aimed at raising the public awareness on LGBT issues in the East.

Since 2011, the informal group, KPH East, has been active in cooperating with organizations from eastern European countries, mostly Belarus and Ukraine.

In 2012 and 2013, KPH has conducted a series of workshops, capacity building, advocacy, efficient management strategies, for Belarusian and Ukrainian activists both in Poland and abroad.

For 2014, KPH has planned to broaden its active support for the Russian LGBT community, which every day, struggles more.

Vyacheslav Melnyk is the Secretary of Campaign Against Homophobia in Poland. In 2011-2012, he coordinated a network of journalists and LGBT activists from five countries (Poland, Ukraine, Croatia, Serbia and Slovenia) for “No Place for Homophobia in Sports,” a project involving addressing the issue of homophobia in sports as a result of the prejudices held by the media. Within the KPH East strategy, he has moreover supervised a series of networking meetings and workshops of Belarusian LGBT organizations, including Gay Alliance, Gay Belarus and to be Queer, in 2012 and 2013.