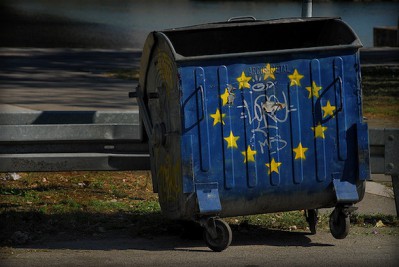 The Dogma of Austerity

GLOBAL. Austerity has been a central feature of mainstream politics for a few years now. In analysing the political rhetoric being used to promote austerity it becomes obvious that throughout the political class and the business community, public debt is being presented as the greatest threat to the economic security of the United States. It has been decided amongst those in power that reducing government spending is the correct way to recovery from the recession; the argument that government is the cause of the financial crisis is the most common claim put forward by those who promote austerity. In addition it is clear that the constant barrage of austerity promotion has distorted the causes of the economic crisis by focusing attention on government debt rather than the failings of the private sector which has been shown over and over again to be more responsible for the recession.

A major consequence of this narrow view of the financial crisis has meant that once everyone has agreed that cuts in government spending is the most essential policy, the only debate one can have is over where and to what extent. This is not a proper debate, this is a debate the parameters of which have been set and guided by the neo-liberal economists whose agenda does not allow for alternatives.

There are a variety of components that led to the financial crisis. Perhaps a central aspect to this crisis, and probably a reason why nobody saw it coming was the almost evangelical adherence to economic ideas that deny catastrophic event like this could happen. These ideas that capitalism has no downside and the bust is never coming permeated through the political landscape in the years leading up to the crisis.

The problem at the heart of the neo-liberal doctrine was that it sees equilibrium and efficiency as only arising out of the trading decisions of undeniably smart actors; in doing this it ignored the possibility of a crisis occurring from any source apart from moral hazard and some large exogenous, in their eyes usually state-induced political shock: “It simply could not imagine that the meshing of elements that were each intended to make the world safe, such as mortgage bonds, C.D.S.’s and banks’ risk models, could make the world astonishingly unsafe,” as stated by the authors of Global Financial Crisis: Global Impact and Solutions (Ashgate Publishing Limited, 2011). However, what was a private sector banking crisis was re-christened by political and financial elites as a crisis of the sovereign state in a matter of months.

Furthermore there is a commitment to the neo-liberal argument that the less the government taxes the rich, defends workers’ rights and redistributes wealth, the more prosperous everyone will be. The theory is that any attempt to reduce inequalities will impede the efficiency of the market; “impeding the rising tide that lifts all boats,” as George Monbiot stated in an article for The Guardian in January, 2013. Neo-liberals also insist that unrestrained inequality in incomes and flexible wages would reduce unemployment. In addition the theory argued for more regressive taxation and over the past 30 years that is what has happened; the rich pay less, the poor pay more. The neo-liberals argued that the result would be economic efficiency and an increase in investment therefore enriching everyone. In both these cases, the opposite occurred: throughout the rich world unemployment has increased dramatically – this was preceded by the lowest levels of wages as a share of G.D.P. since World War 2. Moreover as taxes on the rich and businesses diminished, the spending power of both the state and poorer people fell and demand significantly contracted – as a result investment rates declined, in step with companies’ expectations for growth.

In the case of the United States, those promoting austerity have placed almost the whole of the blame for the financial crisis on the federal government over spending. In using securitizing language, those supporting the austerity agenda are trying to focus attention on the government’s debt and away from the failings of the private sector. The agenda has been set; having decided on what the threat is promoters of austerity are aiming to destroy at all costs, even when the facts change. This is highlighted by the fact that the policy is still being pursued despite the paper most often cited as intellectual justification, “Growth in a Time of Debt” by Harvard economists Carmen Reinhart and Kenneth Rogoff, being under scrutiny for intentionally omitting countries that did not conform to their hypothesis in addition to a basic spread-sheet coding error.

Austerity promoters, including Reinhart and Rogoff themselves, claim that the errors found in the paper do not change the argument that government debt is the primary threat to the economy. This further emphasizes the argument that the economic ideas that austerity promoters ascribe to does not allow for any alternative. This thinking, coupled with securitization, has led those entrusted to find a way to recover the economy from the recession to identify the wrong culprit. As a result we have this constant promotion from those in power, the mainstream media, right wing pundits, even so-called liberal commentators that we can’t change course in the slightest.