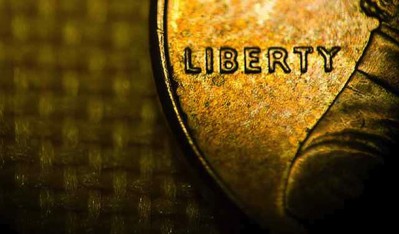 U.K. The central political goal at the heart of Western politics has been the idea of individual freedom; politicians have attempted to free individuals from the control of old elites and bureaucracies; to liberate the individuals from the old class divisions and barriers and start a revolution in the way people can choose their own lives.

What this has meant in Britain, and most of the West, is an attempt to free individuals from the apparent constraint of government thus creating a new, free, society, based on the free market and consumerism. However, when you step back and see the freedom that has resulted from trying to introduce market forces into all aspects of society it is a very strange and narrow form of freedom. A major feature of this new “free” society is the stagnant wages of the majority of working people.

There are many reasons for this wage stagnation and the subsequent inequalities that it has wrought. A key way to fight this inequality, though, is through a basic, guaranteed citizen’s income. There have been many proponents of this over the years; in fact it is an issue that socialists and libertarians should actually find common ground. The idea of a citizen’s income should be a central argument in the debate over how to alleviate the impact of poverty and inequality in society. Providing people with a basic income as part of a democratic society is not only essential for ameliorating the impact of poverty, it should make sense economically.

For example, in Britain the tax and benefit system has segregated people into contributors and consumers; those who are worst off in society are prevented from contributing to that society through and thus are excluded from playing a full role in the financial life of it. Those who contribute tax are left unable to receive any assistance because of means testing: as Simon Beard states in his article “Tax, Benefits and the Case for a Citizen’s Income,” “those who have saved are expected to do so without any state help, thus encouraging irresponsible behaviour, whilst those at the bottom face an impenetrable wall of tax rises and benefit cuts that together make work simply unaffordable.”

The benefits of a citizen’s income could potentially be astronomical; if people were given a liveable wage with which to live, they would be economically free enough to pursue their desired interests when it comes to work. This, in turn, would give people a sense of participation in their democracy and would enrich society immeasurably because what is freedom if it isn’t economic freedom? We have the ability to make this happen and it needs to be part of the overall discussion on income distribution not only in Britain but in the United States too.

To conclude, a citizen’s income is a viable option when it comes to the debate about income inequality. Arguments in favour of a basic citizen’s income have been around for at least the last decade. Thankfully, the idea is gaining traction; it has even been argued from the conservative side of the political spectrum with some making the argument that it would simplify the tax system and, as Peter Franklin writes in an article for Conservative Home, it is “the least worst fall-back option” and that it will not de-incentivise work. You’ve got to take that as a step in the right direction.