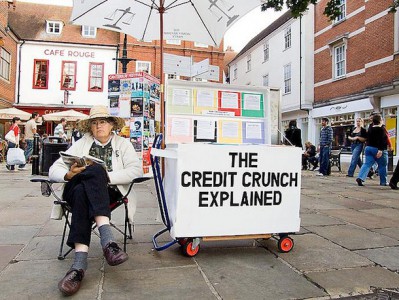 The True Crisis Behind the Financial Crisis

[translations idioma=”ES” url=”https://archives.rgnn.org/2014/03/31/la-verdadera-crisis-detras-de-la-crisis-financiera”]
GLOBAL. That the world is in the middle of a financial crisis, is unlikely to have escaped anyone’s attention. While unemployment rates, debts and inflation increase, the market indexes drop – as does trust in the economic system.

This is with good reason, according to Vinca Bigo, Professor of Sociology at the University of Cambridge. In a recently published research report, she states that the worldwide crisis is not merely financial. A much more troubling problem is hidden underneath the surface: it is the very nature of economic thinking itself that cries out for change.

Few economists were able to foresee the global financial crisis of 2007. The result: a cocktail of confusion and heavy criticism on the economic profession. It is this critical attitude that characterizes Bigo, but in the puzzlement she does not share. As a sociology expert, she is not surprised that the economic models have let the world down.

According to the Bigo’s recent research report, the mathematical models that economists dwell on have proved to be unrealistic. The focus on certain assumptions, such as the rationality of people, leads to a type of reasoning that has little to do with reality. The professor explains that economists try to capture human behavior in mathematic models in the same way that physicists research atoms.

“But human-beings and institutes don’t act like gravity. They are sloppy, unpredictable and irrational. Admittedly, there is a group of economists that focuses on the human side of behavior and psychology, but even these behavioral-economists can’t prevent their ideas from ending up in useless models,” she affirms.

Mathematic models, according to Bigo, only lead to prejudices, since economists are stuck in the cultural mindset that they are part of. The professor argues that people, companies and markets are subject to constant change and cannot be captured in static models. Adhering to such models, says Bigo, leads to costly political policy decisions based on incorrect assumptions.

Bigo’s research adds to the criticisms that have been expressed by many since the beginning of the crisis. A particularly critical voice comes from economy students around the world – like the Post-Crash Economic Society started by students from Manchester University – who describe the way they are being taught as an intellectual monoculture, in which alternative ways of thinking are pushed to the margins, employability is considered more important than the bestowal of true knowledge and in which there is little room for contextualization.

Ha-Joon Chang, top-economist and teacher at Cambridge University, argues that ”students are not even prepared for the commercial world. Few [students] know what is going on in China and how it influences the global economic situation.”

Ha-Joon Chang is not the only one to back up the critique of the students. Paul Krugman, Nobel Prize winner and professor at Princeton University, wrote in The New York Times already in 2009: “As I see it, the economics profession went astray because economists, as a group, mistook beauty – clad in impressive-looking mathematics – for truth.”

This needs to change: something which is agreed on by a globally growing number of institutions that strive for a more realistic approach to economics. Yet, Bigo perceives little progress in the profession. “Our findings reveal a deeply rooted attachment to mathematical modeling methods.” Instead of realizing that these models are to be taken with a pinch of salt, economists aim at improving the existing models, the professor explains. Economic logic has not changed: it continues to revolve around mathematics. “An opportunity for critical thinking and radical transformation is being wasted,” Bigo concludes.

The current crisis will be resolved eventually – as were all crises the world has been through throughout the last century – but future crises are inevitable as long as the common economic logic is not subject to revision. It is the very nature of economics that cries out for thorough rethinking.

Yet, Bigo is not entirely pessimistic. The longer the current crisis lasts, the more economists will start to reflect upon their profession and the more likely a gradual change, she says. “The crisis could be a blessing in disguise.”