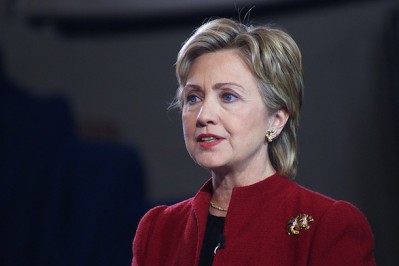 Hillary 2016: Exactly How Unimaginative is the Democratic Party?

U.S.A. It is highly likely that Hillary Clinton will be the Democratic nominee in 2016. The fact that she appears to be the overwhelming mainstream favorite gets to the heart of what is wrong with American politics and why the Democrats need to look at who they represent. The move to the political center —actually the center-right— has resulted in a lack of big ideas for real change in the system.

The financial deregulation in the United States, kick-started by President Reagan, was continued, even accelerated, under President Bill Clinton. The major legislation on this was the Gramm-Leach-Bliley Act in 1999 which effectively repealed Glass-Steagal by allowing big financial industries to merge and ultimately created banks that were “too big to fail.” Anybody who thinks that Hillary is going to be any different in this regard either does not understand politics or is simply so unimaginative that Hillary is seen as the only viable option for the Democratic Party.

The latter appears to be the case, as many pundits, not least MSNBC’s Chris Matthews, have smugly promoted Hillary as the rightful inheritor of the executive office. Over the past year or so, Matthews has increasingly praised Hillary Clinton, going so far as to claim that she could have the most impressive bio since Dwight Eisenhower. In doing this, commentators like Chris Matthews sideline or ignore viable, alternative candidates to Hillary Clinton, basically deriding them as not electable. Candidates such as Elizabeth Warren who, since arriving in the Senate in 2012, has been on a noble crusade against the unjust nature of America’s economic system and Bernie Sanders who, as a long-serving senator for Vermont, has a wealth of experience and a level of social awareness that other politicians seem to lack.

If the Democratic Party really wants to be the party of change, the party’s establishment has to think beyond Hillary and needs to show that it is brave enough to stand up to vested interests such as the financial industry. Elizabeth Warren already has experience doing this, co-authoring a letter to the heads of the six biggest financial institutions requesting that they disclose their contributions to think tanks. There is little evidence of Hillary taking such action; in fact, she has even made lucrative speeches for Goldman Sachs, effectively assuring them that she’s got their back and that so-called banker bashing is “unproductive.” This capitulation is not the mark of a brave liberal; it is a further sign of the political mainstream submitting to the financial industry and should not be viewed as anything else.

Democratic politicians should not feel obliged to pander to the concerns of the financial sector in order to be electable; they’ll be fine no matter what.  They should instead try to imagine what it is like to not live on an average bonus of $383,000. It shouldn’t be that hard; after all, it is actually the experience of most people in the United States, who Democrats are supposed to represent. There is still hope for a candidate to challenge Hillary from the left. Indeed, that is exactly what happened in 2008.