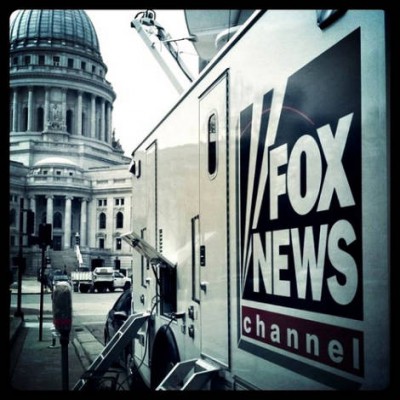 U.S.A. There is a general canard among those who are broadly on the right of the political spectrum that the mainstream media is left-leaning and liberal, and that conservative views are marginalized. In America, this is the central thrust of networks like Fox News channel. As somebody who regularly watches the news, I can’t help but disagree with this argument, in fact I would argue that the opposite is in fact the case. The mainstream media generally gives the establishment view, which leans towards the right and preserving the status quo.

For example, the mainstream press’ coverage and treatment of the poor, particularly with regards to welfare, is through a prism of privilege and condescension. The portrayal of people on welfare as lazy and the very idea of welfare as a reward for not working is rife in mainstream news.

In her book, Framing Class: The Media Representations of Poverty and Wealth in America, Diana Kendall examines how the media portrays the poor highlights how the media either perpetuates stereotypes or ignored the working class altogether.  This portrayal has influenced American attitudes towards welfare as networks such as Fox News barrage viewers with stories of people supposedly gaming the welfare system. Meanwhile, the bailouts and subsidies received by the richest in society is not given anywhere near the same scrutiny; in fact there are celebrated.

The media’s treatment of the wealthy and establishment figures further highlights the argument that the media is left-leaning is false. It is much easier to find examples of conservative bias than it is to find liberal bias because it there are clearly more people who hold conservative views who get to comment on the news. It is also much easier to espouse the  simplified conservative viewpoint than it is to conduct real rigorous research and investigation, which is why so many pundits to it.

Additionally, there is a constant need to seek out conflict in the 24 hour news media which, rather than giving actual analysis of underlying problems in society, constructs simplified narratives that distort real problems and exaggerate other ones. Much of the bias in the media is not so much in favor of certain ideologies but more a bias towards sensationalism and laziness. As a consequence, there is very little room for serious news stories which is shocking when there 24 hours of space available to inform the viewer. It is an abdication of responsibility on the part of the media that means its credibility is in rapid decline.

If there was such a thing as the liberal media, people would be better informed and would therefore make more informed political decisions – an analysis of how people view the Affordable Healthcare Act highlights this. As the fourth estate of a democratic society, the news media needs to inform the public effectively. Without an effective media, there is very little opportunity to hold those in power to account. Additionally, when those in power come to control the output of the media then the democracy of a nation is in serious trouble.