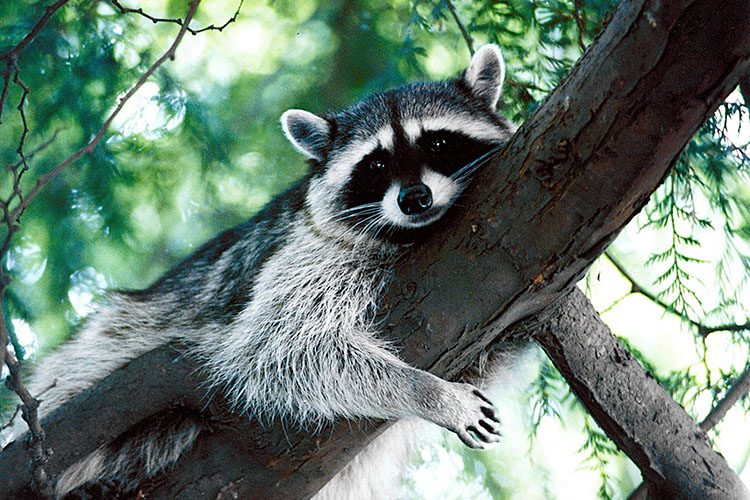 "My advice to journalists: You are not raccoons—get out of the garbage can," says Amanda Bryant, 22, a journalism major from Cynthiana, Kentucky. | Russell McNeil

They eschewed “horse race coverage,” including an obsession with polls and war chests, and refocused journalism squarely on listening to citizens to solve community problems.

The year 1989 was also when the Soviet Union abandoned its decade-long war in Afghanistan, the “graveyard of empires.” Neither the Commies nor the journalism reformers prevailed, though they provided many valuable lessons.

During the 2016 presidential election campaign, did you hear the candidates explain what they would do in Afghanistan to end the longest war in American history?

When I asked my students following the campaign whether America is at war, the majority said no.

The time has come for a new reform movement in journalism, created by millennials for millennials. Listen up to the nine-point manifesto steeped in a cauldron called Journalism 101 at the University of Kentucky:

“My advice to journalists: You are not raccoons—get out of the garbage can,” says Amanda Bryant, 22, a journalism major from Cynthiana, Kentucky.

“As millennials, we don’t care about the scandals,” says Sierra McLean, 19, a journalism major from Ludlow, Kentucky. “We care about the future of our country. We want to know what candidates will do to make it better.”

“If I wanted to sort through a chain of immature ‘he said, she said’ gossip and rumors,” says Maggie Piron, 19, a neuroscience major from Cincinnati, “I would be going to school to teach middle schoolers.”

“Dear journalists, the polls have lied to you too many times. It’s time to break it off,” says Bailey Vandiver, 18, a journalism and English major from Bowling Green, Kentucky.

MJRs imagine that if all the money news organizations spent on polls went to hiring reporters, we would know more and be fooled less.

“I feel like I just walked through a haunted house, except the house is America,” says Abigail Davidson, 20, a journalism and political science major from Bettendorf, Iowa.

Ellen Smith, 18, a broadcast journalism major from Springfield, Ohio, adds: “Stop trying to ruin the credibility of the candidates because it ruins your own.”

“Journalists, we don’t care about your opinions—give me facts, so I can make my own opinions,” says CeCe Friel, 19, a journalism major from Louisville.

MJRs want more about what is happening, not wild guesses about what might happen.

“Journalists have been reporting like Russian roulette—randomly firing off shots and just hoping for the best,” says Maggie Davis, 18, a biology and journalism major from Lexington, Kentucky.

Point 5: Stick to the issues.

“The biggest problem is that we don’t find a solution,” says Camron Brown, 18, a journalism major from Indianapolis, Indiana.

Another problem is accuracy. The MJRs echo advice to reporters from the old Chicago News Bureau: “If your mother says she loves you, check it out.”

“Right now journalism is a seesaw,” says Sam Asbell, 19, a journalism major from Dallas, Texas, “with sensationalism as the chubby kid on the ground and truth and real issues as the skinny kid who can’t get down.”

MJRs turn to Eastern philosophy, suggesting “ying and yang” news coverage as a reminder that candidates are not all good or all bad.

Nathaniel Vankleeck, 20, a broadcast journalism major from Lexington, channels CBS News reporter Edward R. Murrow: “There are always counterarguments that are worth crediting.”

“If you paid attention during the election season, you probably learned that journalists are also mind readers,” says Jude Hagerman, 18, a media arts and studies major from Owensboro, Kentucky.

Again the MJRs plead: Just tell us what happened. Don’t tell us people’s motivations because you really don’t know.

Point 9. Nix the surveys on party affiliation and campaign contributions.

MJRs saw headlines like this—”Poll: Not a Single White House Reporter Is a Republican”—killing journalists’ credibility.

As Sadie Hobbs, 19, a journalism major from Brandenburg, Kentucky, puts it: “Being independent screams credible.”

Why did the MJRs stop at nine recommendations to reframe journalism’s role in democracy?

After all, Shakespeare-loving Walter Lippmann suggested only two rules (“To tell the truth and to shame the devil,” 1920). The Daily Herald’s Hosea Paddock of Arlington Heights, Illinois, declared only three (“To fear God, tell the truth and make money,” 1883).

The answer lies in the last major attempt to reform journalism in America, the 2001 publication of “The Elements of Journalism: What Newspeople Should Know and the Public Should Expect.”

The authors, Bill Kovach and Tom Rosenstiel, argue that they discovered nine elements:

They also claim their book is the first of its kind in three centuries of American journalism history:

1690: Publick Occurrences: Both Forreign and Domestick, considered America’s first multipage newspaper, debuts in Boston for one issue before it is shut down by the Colonial government. It reports on a Thanksgiving Day tradition by the Christianized Indians in Plymouth, a small pox epidemic in Boston, and an affair that France’s king reputedly had with his son’s wife;

1791: A century later, the First Amendment is ratified to protect the press as well as freedom of speech, religion and assembly, and to ensure the rights of the people to petition the government for redress of grievances;

1909: Sigma Delta Chi, later to become the Society of Professional Journalists, is founded as a fraternity by 10 students, eight on the student newspaper staff, at DePauw University in Greencastle, Indiana. They aspire to uphold high journalistic standards for the profession, yet exclude women;

1969: Women are admitted to Sigma Delta Chi, a professional society since 1960, for the first time.

2001: “The Elements of Journalism” becomes the “first book ever to spell out—both for those who create and those who consume the news—the principles and responsibilites of journalism.”

2014: SPJ rewrites the latest version of its ethics code with just four planks: I. Seek Truth and Report It, II. Minimize Harm, III. Act Independently, IV. Be Accountable and Transparent.

Today, whether journalists are standing on two or three planks or operating with nine elements in mind, something important is missing.

Maggie is one of nearly 100 students in Journalism 101, ranging in age from 18 to 26, with three-fourths either 18 or 19, and representing 19 states, including the blue-flipped-red battleground states of Florida, Ohio, Pennsylvania, Wisconsin and Iowa, as well as the nation of Jamaica.

What started as a focus group to discuss political coverage became a militant phalanx of Millennial Journalism Reformers when they saw responsible news go AWOL.

In the battle for America’s hearts and minds that led to one of the greatest political upsets in history, many journalists were too busy obsessing over vulgarity while visionaries plotted their own journalistic revolution: Let’s drop objectivity to attract millennials! 🙂

Dropping objectivity reduces journalism to be worth less than the paper it’s written on. That’s as true for millennials today as it was 30 years ago when I first started studying young readers.

My epiphany came at Northwestern University’s Medill School of Journalism during a focus group organized by my class, “Newspapers Today and Tomorrow,” which created a prototype with hot-button issues for young readers.

A 17-year-old high school student starts explaining his views on the death penalty, and all I hear are words right out of my 77-year-old father’s mouth.

If you like the MJR’s reform movement, then spread the word with the social media megaphone of your choice and join the dance party.

Billboard’s No. 1 hit song for 1989 was “Look Away” by Chicago. Good advice for journalists who covered the 2016 presidential election.

Time to look up: A new reform movement in journalism is in the air.