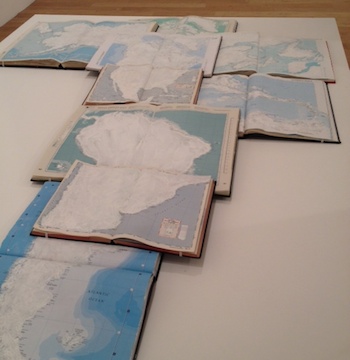 Where to Buy Cool Books and See Hip Art in Edinburgh

EDINBURGH, SCOTLAND. This modern gallery and accompanying cool bookstore and café is great to check out. It is also a space used for exhibitions and talks with artists. You definitely feel cool stumbling onto this small, cultural hotspot.

The bookstore has a collection of design, architecture, art, and photography books, which you could pick up and skim through for hours. The café boasts a menu that changes seasonally that serves a variety of foods from Scottish cuisine to Asian noodles. The café is run by Glenfinlas Ltd, a coffee wholesaler. Coffee is 1.95 pounds and salads are around 10.00 pounds. The food looked really good, and the environment was awesome, in the middle of the gallery along huge glass windows.

When I visited, I saw an exhibit by Tania Kovats entitled “Oceans”. Kovats is a British multidisciplinary artist who makes installations, sculptures, and drawing. One of her most famous pieces is Tree, which is a permanent installation in London’s Natural History Museum. 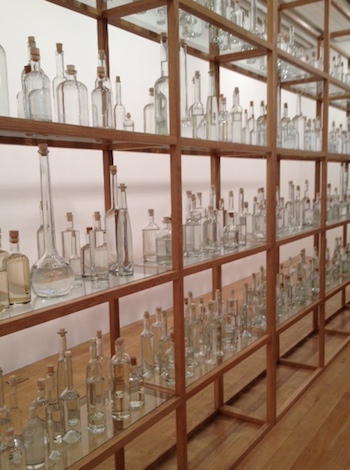 This exhibit contained maps reassembled to create gigantic maps modeled around the world’s oceans, an assortment of glass bottles containing water collected from oceans all over the world (assembled by the sending in of water bottles by many people), and sculptures that resemble cliffs. This exhibit is sponsored by Louis Vuitton. It runs from March 15th to May 25th, 2014.

The gallery is located right next to the Waverley train station, in the center of the city, making it easily accessible. Busses also stop at this station.

It is free to enter. I totally recommend stopping in and looking around if you are in Edinburgh. Because of its small size, it can be a short trip. 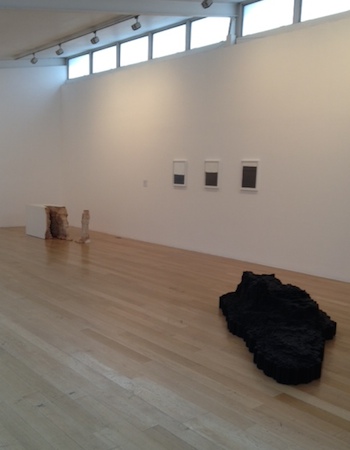