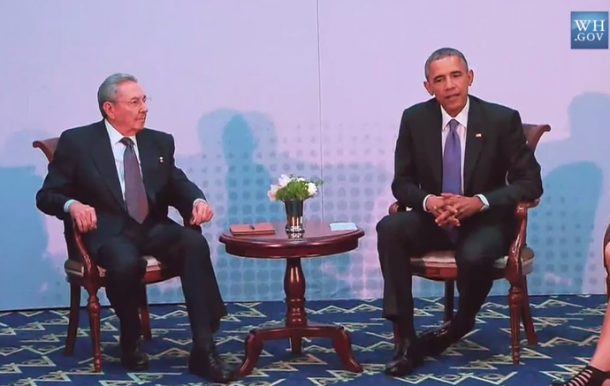 Ever since President Obama delivered remarks to initiate a new engagement with Cuba on Dec. 17, 2014, the course of U.S.-Cuba relations has taken a new turn for the better. Along with that, the normalization of relations between these two so historically inimical countries also signals Cuba’s possible new ties with other Western democratic countries. The journey has been long and arduous, yet for the Cubans who have struggled to live on meager government salaries and Cuban Americans who have suffered a yearning for their families and homeland, this thawing of relations means more remittances, more humanitarian aid and, above all, more jobs and businesses in the private sector for Cuba.

Only 90 miles away from the strait of Florida, the island nation of Cuba suffered what its government called “a special period” after the collapse of the Soviet Union in 1994. Although the country has impressively achieved universal education and healthcare, the Cuban people were finding it next to impossible to eat and live on their scanty government salaries. Throughout this “special period,” hopeful Cubans were seeking to accomplish their ideal elsewhere and nowhere is closer than Florida, just 90 miles away. Beginning with the “wet-foot, dry-foot policy” – a policy added in 1995 to the Cuban Adjustment Act of 1966 to grant Cuban defectors who have reached U.S. soil American citizenship instead of those apprehended in the water– Cuban Americans have gradually found their foothold in the U.S. while contributing to their new country’s many important industries.

This history of five decades of sanctions and embargo on Cuba, as President Obama states in his remarks on Dec. 17, has reaped no substantial results. Therefore, the decision to help Cuba participate in today’s intricate global connectivity might be just another way to democratize the country. Although a U.S. embargo on Cuba still exists, it did not prevent the U.S. from offering assistance to Cuban citizens through the United States Agency for International Development or becoming the largest food supplier to Cuba.

While the U.S. has always been a source of hope for Cubans, it has now also become a potential source of income for the skilled and talented among them. The New York Times recently reported of a considerable number of Cuban computer programmers as the first batch of entrepreneurs who are most likely to flourish with the American easing of sanctions and regulations on Cuba. Through online postings and middlemen, skilled Cubans have been able to outsource their skills long distance to the United States as well as many countries in Europe. However, the fact that there is an American embargo there places limitations on how far U.S.-Cuba businesses can go. With American businesses scouting for opportunities in a newly opened-up Cuba, real economic growth will have to depend on the country’s readiness for new ties.

On Cuba’s side, the deal only becomes effective when President Raúl Castro keeps his promise to allow Cubans greater freedom of speech, press and grass roots political activities. With anti-Cuba hardliners in Congress seeking to restrict President Obama’s plan and a concentrated group of Cuban-Americans still resenting what Fidel Castro had done to their families, the deal could take a sharp turn as the upcoming elections present a new U.S. president in 2016.