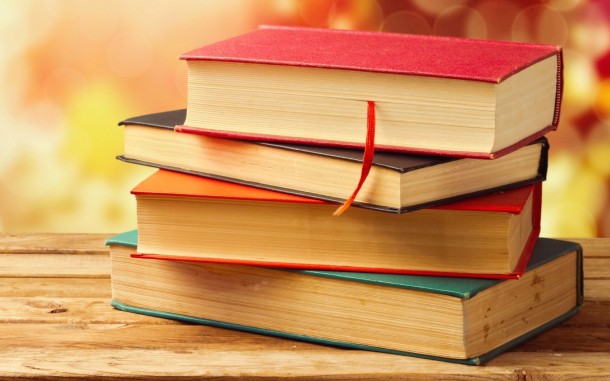 8 Good Books You Absolutely Must Read

What book made you love to read? When almost 4,000 of Facebook fans answered that question, they wrote passionately about the books they love (and, in some cases, really, really love). These titles and authors came up over and over. We used readers’ own words to describe their magic. I love reading. Pretty much any time I can squeeze in with a good book is time I’ll do so – happily. Some of these books I’ve read. Some I haven’t. But I plan to read them all. You should, too. If you are new to making reading goals, don’t let the idea of good books overwhelm you. You don’t have to read all of these at once, think of this list as one book to read each month.

So when the opportunity came up for me to write a list of good books you absolutely must read in 2015, I jumped at it.

“The Bhagavad Gita: A Biography” by Richard H. Davis

The Gita is one of the oldest and most fascinating texts ever written, and I love how its “biography” comes to life in this new book. It’s a living, breathing text that has constantly been in motion since its origin. Its life begins in ancient India and moves through medieval times; eventually it finds its way to the United States and Europe. This book covers that journey and also highlights the Gita’s portrayal in art, music and stage. I should mention this book is part of a new series (Lives of Great Religious Books) published by Princeton University Press. Next on my reading list are the biographies of “The Tibetan Book of the Dead” and “Augustine’s Confessions.”

I loved this book. So visual and moving. It’s told through the voice of Darling, who we meet as a young girl living in a shack settlement called Paradise in Zimbabwe. It’s a brutal place to live, and Darling is eventually sent to be with relatives in Detroit. A whole new set of challenges sets in there, of course. The novel also feels original. Often, when we hear about people leaving their country and restarting life in the United States, it’s through a mature, adult perspective. Here, we move through immigrant life with Darling, a kid, a young woman, and we feel all the messiness that comes with being in a new country.

The Last Time We Say Goodbye by Cynthia Hand

Hand is a NY Times bestselling author whose story of love, loss and mystery looks to be a book we’re all going to want to read this year. Popular for her young adult books, this novel appears to be breaking her out of that demographic. I, for one, plan on checking it out!

Sarah Pekkanen is one of my favorite fiction authors. Her novels have entertained me and captured my attention one after the other. Her writing style is realistic and down-to-earth, and I expect nothing less from this next release. Things You Won’t Say has a release date at the end of May 2015, and should absolutely be added to your spring or summer reading list.

“Panic in a Suitcase” by Yelena Akhtiorskaya

Finally, an epic immigrant story minus the schmaltz. This is a quick read about a dysfunctional family of doctors who abandon Ukraine but can’t come to grips with their new life in Brighton Beach, New York. The daughter, a nurse, ends up cleaning houses. Her husband is stuck at home, and their 9-year-old granddaughter, Frida, isn’t exactly embracing the American experience. Somehow they manage to coax the family black sheep, a poet name Pasha, to join them in Brooklyn. What follows is a look at why staying behind in the “Old Country” might be a more noble choice than starting a new life abroad. Akhtiorskaya told us she finds it “heartbreaking” when immigrants come to the US and “just set up a little photocopy of the city left behind, even though you went to so much trouble to leave the old city.”

“Drinking with Men” by Rosie Schaap

I read this charming memoir in a single sitting on a trans-Atlantic flight. Schaap has been an independent spirit since she was a teenager. As she set out to make her own way in the world she found that drinking and bars would play a big role. But this isn’t a moralizing tale. Bars are where Schaap found friendship, companionship, support, and even love as she forged her unique identity. Great company in the back of coach.

Okay, I had to read this book so I could interview the author. But I must admit that I don’t always love the books I’m asked to read. This is a great story about a few weeks in the life of American author Jack Kerouac, told from the perspective of “The Mexican girl.” She’s a character who occupies about 20 pages in Kerouac’s famed “On the Road.” Hernandez spent years tracking down “Terry” from the novel, the real life Bea Franco, and hours interviewing her. He weaves together the facts of Bea’s life along with letters found in a Kerouac archive, and the story from “On the Road.” It’s wonderfully written and a lovely conceit. It will also send you back to the source material, which if you haven’t read you should. And if you have read, you should read again (at least those 20 pages).

The Boston Girl, by Anita Diamant

I am a huge fan of Anita Diamant. Her latest release came out in early December, and I’ve already seen favorable reviews. The Boston Girl, a tale of a grandmother telling her life story to her granddaughter, sounds touching and quite possibly like required reading. I’m not sure what else to say except that I’ve been a long-time fan and look forward to getting my hands on this one.