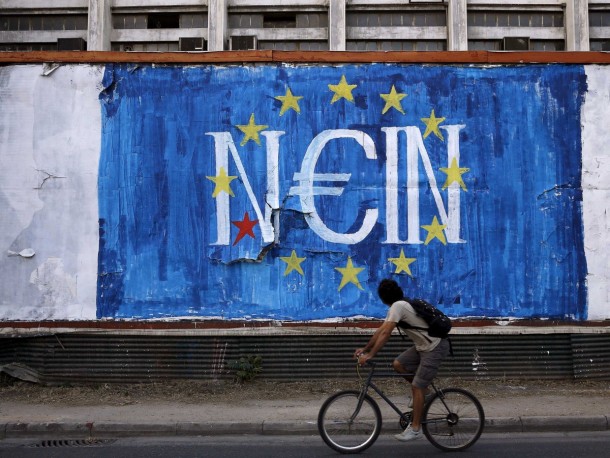 Sovereignty and Democracy: Lessons from Greece to Europe

Greece, the cradle of European democracy, has over the past few months, shown instantiations of democracy to Europe and the European Union (EU). Since the arrival of Syriza, Brussels and the rest of the European chancelleries have been wondering what path the Hellenic state will embrace under the impetus of the radical left wing party. Alexis Tsipras has refreshed the idea of democracy in the minds of his peers by respecting its core value of giving power to the people. Resigning a week ago, Tsipras placed the destiny of Greece in the hands of Greeks, and by calling an early election he has put his political destiny in their hands. “You will decide by your vote in the anticipated election if you approve the agreement negotiated by my government with his creditors,” stated Tsipras, who went on to say “[i]n this difficult time, what matters the most for our nation is democracy” (Le Monde, 2015).

Giving power back to the people started earlier this summer when Tsipras held a referendum about staying in the Eurozone. The referendum was a critical moment in the direction of the EU integrative project. Over 60% of Greeks voted to stay part of the Eurozone (remaining part of the monetary union of the EU). Although the issue originally began as one about the decline of the Greek economy and the Greek government’s (in)ability to repay its debts and avoid defaulting, it has come to speak directly to matters of geopolitics and of EU/European sovereignty today. In light of the Tsipras government seeking its third bailout, political language centered on the concept of sovereignty and the ability of the Greek people to decide their own future. Greece, however, remains part of a politically, economically, legally, socially, and culturally integrated project that involves no less than 28 member states (MS). Thus, the future(s) of these countries cannot necessarily be treated independently of one another.

Both the European Commission (EC) and the US Department of State (DoS) provided statistical information in the aftermath of the “Sovereign Debt Crisis” about the interconnectivity European economies, depicting the gross domestic product (GDP) rates, and shares of the market by each MS. Academic debate also posited the investments of each MS in other EU MS, with claims made that Greece represented (in many cases) roughly 3-4% of the MS’ economies. This is the case of Germany. Investments were high enough to claim that “Grexit” represented a danger to MS’ economies. But for the United Kingdom (UK), the banks of which have considerably lower investment shares in the Greek economy, concern was less profuse. However, because the Greek economy is tightly knit to the European economy, which in turn the UK is attached to, the UK is not “shielded” from either the crisis or from “Grexit” fallout.

The “Sovereign Debt Crisis” and the “Grexit” scenario raised at least three major and deeply interrelated issues. First, questions surfaced about Greeks being told by other MS and the EC (EU at the supranational level) how to “run” its economy within its own sovereign borders. This is a matter of authority with Greeks displaying signs reading: “We are not Merkel’s colony.” Second, the exposure of MS’ economies has spurred a vociferous debate over MS’ positions to guide, if not outright decide on behalf of Greece, the situation and create a favorable situation for the EU overall. The vulnerability of MS’ economies has illustrated that the MS are increasingly concerned for their security and economic welfare. Third, the first two points join to reinforce the trajectory of this debate as one about sovereignty and authority.

Philip R. Lane and Janice E. Thompson, two scholars in the fields of Political Science and International Relations (IR), have written extensively on sovereignty, raising questions about the ways that it is measured and operationalized. They draw attention to the need for greater problematizing, as a way to target the very bedrock of the disciplines when it comes to understanding states in terms of state authority. The debate compels us to revisit these matters in the context of the EU and the “Eurocrisis.” Jacques Maritain stated, in his 1950 work, that sovereignty should be stricken completely from our vocabulary. While Liberals see state authority as the ability to make decisions within and across a state’s territory, others internalize authority much more radically, such as the freedom of states to make the ultimate decisions that affect them, such as issuing declarations of war.

European integration has helped to erase many of the economics borders that previously existed in Europe. It has also drastically changed the manner in which peoples of Europe can move freely. These are fundamental elements of the Treaty on the Functioning of the European Union (TFEU) (Article 45), to guarantee these seminal features of the EU project, to which 28 MS agreed. They have also greatly affected domaine réservé areas. The tension exists now that these national states have become part of a supranational polity. Federalists, aspire to see the creation of a Federal states (a so-called “United States of Europe”) while others like see the EU a process of multilevel governance and the overlapping of government and governance.

As Tsipras refreshed the minds of Greeks about sovereignty and democracy, he also refreshed the opportunities of the Greek state in its negotiations with the EU. Did he revive or restrain Greece’s partnership in the EU? There is much speculation now about Syriza’s anti-bailout disposition and determination to rebel again the International Monetary Fund (IMF), the European Central Bank (ECB), and the EU, and bring “Grexit” to fruition rather than acquiescing in austerity demands. Even if political division in Greece brings infighting to an end, it could bring the question of Greece’s place in the EU and the Eurozone back to the fore.