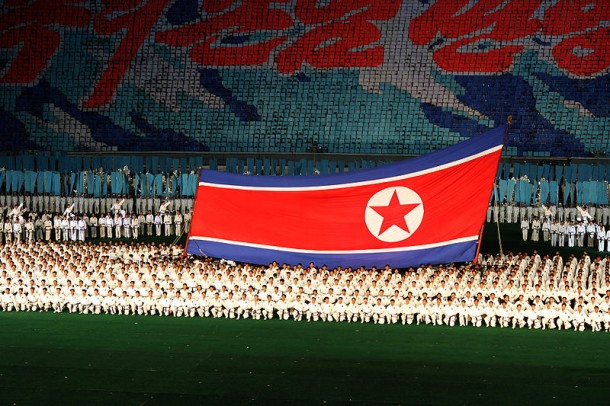 Pro-regime tales and news coming from the Democratic People’s Republic of North Korea (DPRK) show to the outside world how strange the North Korean regime is. But if the most part of the broadcasted stories about this country are at the same time both incredible and almost funny, on the other hand there are other news which are very true and horrifying.

The world famous “Kim Jong-il got 11 holes-in-one the first time he golfed” story is of course among those ridiculous and unbelievable ones. Such narratives and myths have been propagandised in North Korea for decades, to convince the domestic audience of the extraordinary qualities of their leaders (Reuters). However today it is well known that Kim Jong-un’s ruthless authoritarian regime is not a joke and its leader far from being a funny character. Kim Jong-un’s favourite daily entertainment? To use the unlimited power he detains to maintain the status quo: a system based on lies and fake promises which leaves the population in miserable conditions. Any critics? Political prisoner camp would be the prompt regime’s response.

According to Pyongyang’s media, the DPRK is a nation unified in its veneration to its leader who is securing his country a major role as global player (The Guardian). Do North Koreans still actually believe in the regime propaganda? No, at least not all of them. Even if their indoctrination is perpetuated systematically, on a daily basis and in any sector of their lives, Kim family’s monopoly over information has eroded. Most of the citizens are now more aware of what North Korea actually is in comparison to the outside world.

Recent years have seen the diffusion of smuggled radios, DVDs, USB sticks. Residents are trading South Koreans soaps, pop music, Hollywood films, though prohibited. Near the border with China, North Koreans can plug into Chinese networks and phone in South Korea, even if only short calls are possible to avoid the phone’s tracking down.

Yes, North Koreans are more informed today and able to recognize what the reality is. The problem is that the surveillance is so tight and pervasive that even whispering discontent and critics about the regime could lead to imprisonment and death.

In fact no freedom of any kind is allowed in DPRK. No trace of human rights respect can be found. This is practically what the United Nation Commission of Inquiry denounces in its last report on North Korea, where “unspeakable atrocities” have been committed. The report depicts the brutalities North Koreans are subjected to. They are kidnapped, tortured, killed, they starve.

Last June 23rd, a new United Nations office was opened in Seul to monitor and document the DPRK’s human rights situation. But much more must be done, and immediately.

It is time to seek accountability at the International Criminal Court for the crimes against humanity committed in this country. An independent media service is also essential to undermine decades of brainwashing campaign inculcated by Pyongyang. The role that the outside world can play is crucial, particularly the one of neighbouring countries such as South Korea (The Guardian).

The international media has the responsibility to write on DPRK. Some people do not even know that North Korea exists. Some others remember only how absurd some of the ridiculous stories on North Korea are. But the suffering of the population is unbelievably real, atrocities are systematically committed on a scale without parallel in any other country of the contemporary world.