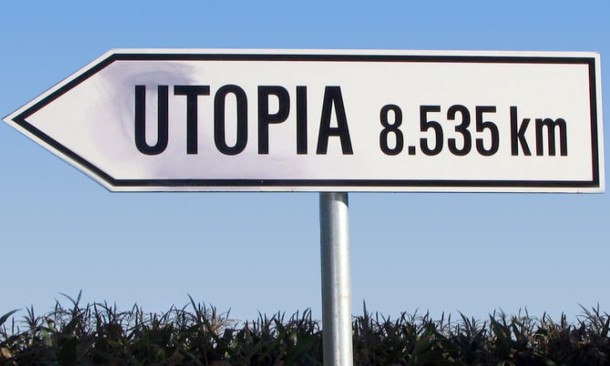 Democracy, Peace and Liberty: The ingredients for the recipe of a prosperous society

The modern definition of democracy is linked to that form of government and political sphere that guarantees the individual and political rights from which everyone benefits  to live a prosperous life. But the modern understanding of democracy poses question not only to the codified rights and privileges that every human enjoy, but to the extent where these rights are really practised, an extent where democracy becomes confusion. In such an extent where the way I define democracy differs from what democracy means to another… In such expanse our ideals clash, and in where our ideals clash, democracy loses its real meaning.

Over thinking on the applicability of democracy, we hardly focus on the abstract idea of this political term (finding it really complex and a challenging form of government) and forget that in fact democracy is just as much concrete as us, humans. When it first was a ‘’babyish’’ idea it was easily embraced from everyone, believing that after the discovery of fire, democracy was the second best one. Through many ups and downs, democracy developed and progressed especially in the late 20th century. But unfortunately the last decade clearly reflects the difficult times of democracy. The critical point in here, is that underestimating our power, we let the political climate shape democracy and we forgot that actually democracy comes from within, not just from above or below (the politicians and the bureaucrats), and now we are sacrificing our rights to save democracy.

The widespread of democracy and the promotion of democratic values beyond borders was thought as the chance to assure peace and security in the world. Many scholars and political analysts have developed the Democratic Peace Theory, claiming that democracies do not fight each other, as there is a strong relation between peace and democracy making possible the conditions for an ideal society. Yet we see that a peaceful society is not a matter of nations or governments in peace, but a matter of human conditions not because we are not capable to love each other and live peacefully, but because we have still problems in accepting each other and as this happens one’s utopia becomes another one’s dystopia, a condition where aggressive societies emerge. Such cases were seen during the latest global developments from the Russian aggression, to the Islamic state beyond Iraq and Syria, to the weaponisation of finance and the immigration issues and the loss of human life, reflecting the threats that are destabilizing the world order, where peace seems an unobtainable ideal.

Does democracy bring peace and liberty or is it the opposite?  What we know for sure is that the three of them cannot function properly without one-another. The real essence of democracy is the individual liberty, which means that no political power can overpass the freedom that every human possess. Unfortunately the above mentioned political developments show us that liberty is a notion that exists somewhere in utopia but not in the Realpolitik, where individuals are chained by the ‘’strongest’’ that seeks only to maximize his own power, and not to deliver the democratic morals that will guarantee equal individual freedom no matter on what political conditions the society is.

Utopianism and the Utopian Ideals have generated important theories on the political and philosophical discourse, describing the ideal humankind and the good society based on truth and reality. The term was first used by Sir Thomas More in his book Utopia (1516), where he, like Plato’s thoughts on his writing The Republic (380 BC), described how an ideal society must be ruled by philosophers who understand the essences of human evolution and disseminate their wisdom and the scientific truth. Here, to quote Plato:

The society we have described can never grow into a reality or see the light of day, and there will be no end to the troubles of states, or indeed, of humanity itself, till philosophers are kings in this world, or till those we now call kings and rulers really and truly become philosophers, and political power and philosophy thus come into the same hands, while the many natures now content to follow either to the exclusion of the other are forcibly debarred from doing so. This is what I have hesitated to say so long, knowing what a paradox it would sound; for it is not easy to see that there is no other road to happiness, either for society or the individual. (Plato, The Republic)

Considering the conditions and the historical developments we are encountering, ‘’Democracy, Peace and Liberty’’ remain just a utopia that we are not yet trying to reach. The politicians on the other side are leading to corruptive governments and abuses of power, therefore being unable to cope with the management of the current crisis. On the other side, humans are leading to negligence and lack of will to respect the fundamental principles of the ethical society, because they have lost their faith in politics and in the ideals of democracy.