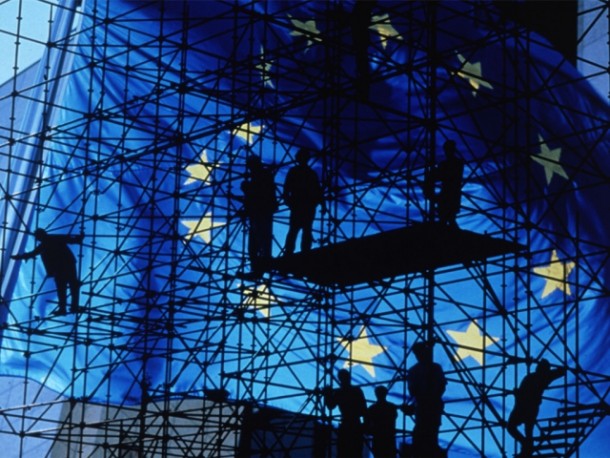 Several factors – such as globalization, pressure on natural resources, and population ageing – give evidence to the rapid world’s changes. From the European social economy’s point of view, intensifying global challenges underlines some structural deficiencies of the European system. In fact, it is undeniable that Europe shows average growth and employment rates lower than its main economic partners, as well as an acceleration of demographic ageing. Despite these weaknesses inside its system, fortunately EU can count on key strengths such as a strong industrial basis and the single market as well as common currency, but also on strong values and democratic institutions caring about environment, cultural diversity and solidarity. Above all there are strong economic interdependences between the Member States, which make it possible to trust in taking advantage from the efficacy of a coordinated strategy.

Facing this dynamic environment is the challenge Europe has to face, organizing a plan of collective action to cope with the financial crisis’ impact. The best chance for Europe to succeed is acting collectively as a Union. In particular, what is needed is a strategy to turn the EU into a smart, sustainable and inclusive economy. This is precisely the purpose of the so-called Europe 2020 strategy, which is an agenda for all Member States establishing a vision of European social market economy for the 21st century.

This strategy takes shape over three mutually reinforcing priorities; namely, smart growth, sustainable growth and inclusive growth. As far as smart growth is concerned, the focus is on strengthening an economy based on knowledge and innovation as drivers of future growth. The core point of sustainable growth is the promotion of greener and more competitive economy thanks to a more efficient use of resources, whereas inclusive growth refers to delivering social and territorial cohesion in order to support a high-employment economy. These priorities taken together represent the three main guidelines defining where Europe wants to be by 2020, thus defining the goal of the European Union as a whole. However, they are not sufficient by themselves.

As evidence, it is necessary for the EU to agree on specific objectives to be met within 2020 in order to guide progress in the right direction. Furthermore, they should be key measurable parameters for comparison purposes between Member States different situations. This is precisely the reason why the Commission proposes five main targets for 2020, which reflect the theme of smart, sustainable and inclusive growth in a more concrete way.

These proposed targets are interrelated and relevant to all Member States, old and new. More specifically, they concern: education (share of early school leavers should be under 10% and at least 40% of the younger generation should have a tertiary degree); employability (75% of the population should be employed); research&development and innovation (3% of the EU’s GDP should be invested in R&D); increased resource efficiency (“20/20/20 targets” about climate and energy); competitiveness and job creation (20 million less people should be at risk of poverty).

Since there are disparities in the levels of development and standard of living between the Member States, EU targets need to be translated into national targets as a part of the wider effort. EU organizations’ participation is important as much as local and regional authorities’ contribution and this mix has to be mutually reinforcing. In fact, a combination of policies delivered at EU, national and regional levels are needed to support and finally reach these targets.

For this purpose, the Commission proposes seven main initiatives to speed up progress under each of the three priority themes and committing both the EU and Member States. In particular, initiatives supporting smart growth are “Innovation Union”, “Youth on the move”, “A digital agenda for Europe”; initiatives fostering sustainable growth “Resource efficient Europe” and “An industrial policy for the globalization era”; initiatives underpinning inclusive growth are “An agenda for new skills and jobs” and “European platform against poverty”.

Europe 2020 strategy is able to deal with different needs and different national peculiarities in order to promote growth for all. Today Europe is facing a moment of transformation but it is not the first time. All the requirements to adapt its economies and societies are present; it’s all up to acting.