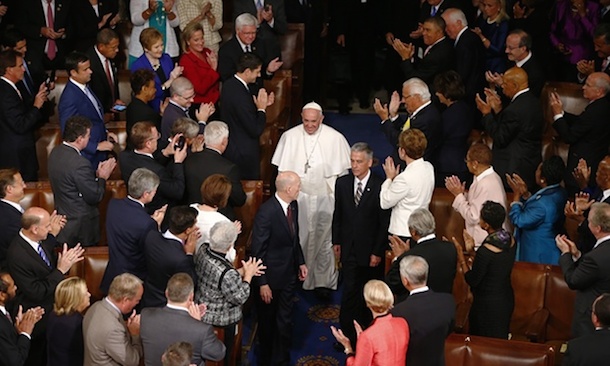 Pope Francis Invites US to Humane Attitude Towards Migrants

On September, 24, the Pope met the U.S congress: as he entered the room to a standing ovation, he paused briefly to shake hands with the secretary of state, John Kerry, and the Republican House speaker, John Boehner.

One of the focusing issues that Pope Francis discussed has been immigration; by reminding all the Americans their immigrant past, he analyzed the moral framework of the debate. During his speech to the Congress, he talked about the history of the American continent and how all there, including himself, were foreigners or descended from them.

“In recent centuries, millions of people came to this land to pursue their dream of building a future in freedom. We, the people of this continent, are not fearful of foreigners, because most of us were once foreigners. I say this to you as the son of immigrants, knowing that so many of you are also descended from immigrants.” 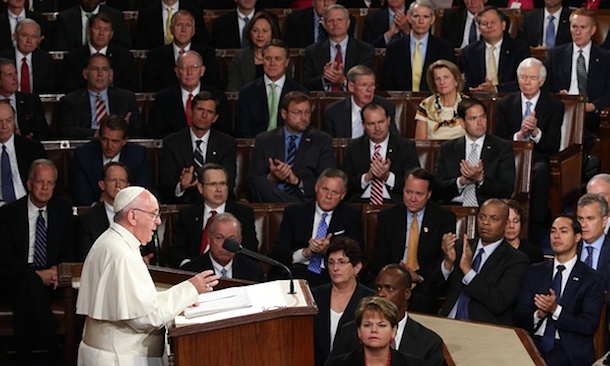 Pope Francis, over how to handle an estimated 12 million undocumented immigrants in the US,  expressed himself quoting from the Bible, urging the lawmakers to

“do unto others as you would have them do unto you”

As those words were pronounced, even Christian Republicans, firmly opposed to the immigration reform,  felt they could not remain seated during a quote from the scripture. In front of an audience that included potential presidential contenders such as the Republican New Jersey governor, Chris Christie, and Democratic vice-president, Joe Biden, Pope Francis implicitly criticized  those such as Donald Trump who have sought to demonise immigrants – arguing it was not in keeping with “the spirit of the American people”. The Pontiff expressed his concern about the topic, talking about a global “refugee crisis of a magnitude not seen since the second world war”, furthermore he made clear that economic migration also deserved empathy, particularly in the US.

“On this continent too, thousands of persons are led to travel north in search of a better life for themselves and for their loved ones, in search of greater opportunities. Is this not what we want for our own children?” 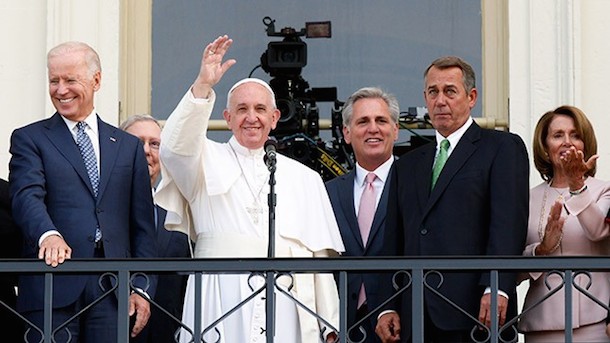 Outside the conference hall, a vast crowd of Latino immigration campaigners, were watching on the National Mall via a live television relay; one of them, was five-year-old Sophie Cruz, a US citizen, who rushed out from the crowd to hand deliver a letter to the pope that called for immigration reform to prevent the deportation of her Mexican-born parents.