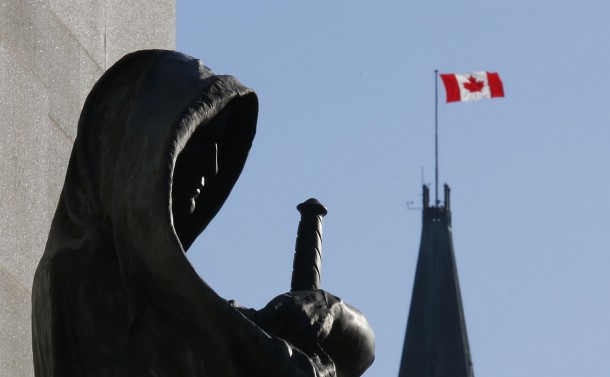 Why Canadian Politics is All Wrapped-Up in the Niqab

The niqab controversy, which currently lies at the heart of Canadian politics on the eve of the October 19 federal election, can hardly be considered a self-effacing event. Zunera Ishaq postponed her citizenship ceremony to fight for what she perceived to be her right to wear the niqab during the ceremony. The Government of Canada objected to her wearing the niqab, and the issue landed in court. Currently the Canadian courts have sided with Ishaq; the Federal Court of Canada ruled the ban unlawful. Although one final appeal to the Supreme Court of Canada exists, the appeal will not be heard in time for the citizenship ceremony, nor for the coming election.

What came of this Federal Court ruling? For Ishaq, she is able to become a citizen of Canada while retaining the “integrity of her faith.” For many Canadians, the decision has left them feeling bitterly divided. Some claim that the Canadian Charter of Rights and Freedoms provides loopholes. Others referred to the Canadian Charter being turned upside down in order to accomplish things it was never intended to.

In managing diversity for Canadians, the court ruling can be identified as pilfering of Canadians’ freedom to choose the face of their society. Yet, the multiculturalism that has come to define Canada for well over a century is not something that society has the option to pick and choose aspects of at any specific time.

For the Government of Canada, the decision may have subordinated politics or political-decision making to religion. Such goes beyond societal polarization but religion has played a conspicuous role in Canadian politics for a long time. But if politicians using the term “God bless Canada” strikes Canadians as somewhat of an anachronism and even leaves many feeling uneasy, Canadians’ squeamishness related to head coverings while taking an oath of Canadian citizenship should be even less surprising.

Prime Minister Stephen Harper’s double standard on the issue is met by another, often overlooked, double standard. The niqab is not a religious symbol, nor is it an obligation of any Muslim women to wear one. It is a political construct, but not a product of Canadian politics until the recent ruling in favor of Ishaq. Perhaps the Federal Court of Canada is unaware of women removing the niqab in Saudi Arabia during hajj, despite the niqab being seen as religious compulsion by those in power in Riyadh.

“The government,” said Ishaq, “is trying to divert the attention of people from real issues of the political campaign by using the issue of the niqab.” If the implication is that the Canadian government is attempting to or is even interested in bringing religion back to the fore of Canadian politics, one might look to the decline of religion within Canada over the past two decades.

A particularly unique aspect of Canadian multiculturalism is the distinctly Canadian identity that can be found within it. For some, the niqab controversy, smacks distinctly as an assault on that often overlooked (by outsiders) identity. Long-hailed as a country of immigrants, Canadian identity is everywhere evident in Canada. This is perhaps because Canada, while accepting a high number of immigrants, appears to continuously outshine other countries with similar policies due to Canada’s approach to integration. No one is forced to assimilate into any paradigm. Canadians welcome immigrants who wish to retain their country of origin identity first, and identify as Canadian only second.

Strikingly, as a very large portion of the Canadian population continues to disassociate itself with many conservative religious pronouncements, the pervasiveness of religious doctrine has entered into Canadian politics in a way that is seen as largely “un-Canadian.” Its effects can be observed on multiple levels of Canadian society, recently characterized as the right of one at the expense of millions. Overwhelmingly, the niqab is a contradiction of the modesty of Canadian society. The controversy surfaces the question and re-interpretation not only of Canadian identity, but also of immigration, integration, and multiculturalism.

One overarching assumption requiring diffusion is that the niqabists are forced to wear the garment. Assumptions come from the other side as well with Muslim women perceiving niqab opposition as an emancipationist effort. Such tension implies mixed feelings and understanding, to an extant that Canada and its Federal Court are not in the best position to make permanent rulings about what Canadians can or cannot do, especially at such an early stage in their citizenship process.

Newcomers to Canada might misunderstand the essence of multiculturalism, particularly in the North American (more specifically Canadian) context, and fail to regard the term’s reference to social management. It is precisely the opportunities as well as the challenges of multiculturalism as an ideational matter. Multiculturalism, even as an ideology, suggests that members of such a society should hold on to or have the power of choice preserved for them.

Far from remaining an issue concerning the right of a single individual, the niqab debate within Canada enshrines the core rights of Canadians who don’t want to see their right to social and political response to the changing face of Canadian multiculturalism taken from them.

*This op-ed piece was co-authored with Joshua K. Wasylciw