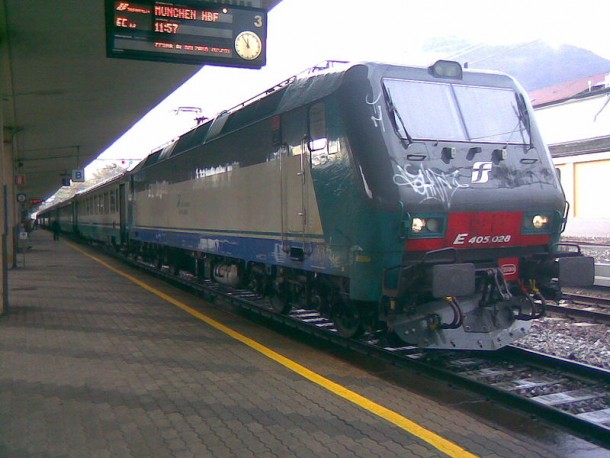 Founded in 1905 and having managed the entire Italian rail network since then, Ferrovie dello Stato is the main railway company in Italy. In 1992 the company was privatized following the European legislation, but the act remained mainly formal: shares were and are still owned by the Italian government.

What happened in 2000 was the start of something new: the two main divisions of the company, services and infrastructures, were separated while creating two different companies that every Italian traveler knows well now: Trenitalia, responsible for transport service, and Rete Ferroviaria Italiana, responsible for the management of rail infrastructure. Both companies were, among others, subsidiaries of Ferrovie dello Stato Spa. Finally, since 2011 the name was modified into the simple acronym FS.

But the history of the Italian railway monopoly does not end here. In 2009, the revolution of the high speed rail hit Italy too, maybe a bit later compared with other countries, but still in time: this high speed way of traveling changed the Italian lifestyle allowing passengers to travel more often and giving the opportunity of living and working in different cities. The “Italian underground” (this is how they call the high speed trains – Alta Velocità in Italian) carried in 2011 more than 25 million of passengers.

Fs and Trenitalia had to face a new challenge soon, tough. Since April 2012, for the first time in Europe, a competitive railway company flourished and started to sell high-speed train tickets to Italian customers: the new private company NTV (Nuovo Trasporto Viaggiatori), founded by the entrepreuner Luca Cordero di Montezemolo, made its debut by building modern high speed connections between Milan, Rome and Naples. Compared to Fs, the competitive company offers different timetables, solutions and services to Italian passengers.

Italy is the first country in the EU that opened the high-speed rail market to competitors. Other countries are interestingly looking at the Italian experiment, waiting for the total liberalisation of national passenger transport within the European Union. Competition and freedom of movement was indeed already extended to international connections and the goods sector.

But the relationship was not as easy as. Given the delicacy and the risks of the experiment, the two companies went through a harsh debate, often ending up in the courtyard. The domain of Ferrovie dello Stato remains persistent, but prices of high-speed trains had to face a downward effect because of the competitive tariffs offered by NTV, especially concerning promotions (high speed journeys could cost 9 euros with NTV/Italotreno if booked on time).

On the other side, Fs are making NTV pay hard the price of success. Track-railways rent is more and more higher for the competitor, who is still not able to repair the initial debt. For NTV, the budget is still coloured in red, forcing cuts and redundancies. As a defence, Montezemolo’s group and his shareholders accuse Fs of making as difficult as possible both the access to the stations and the organisation of timetables for Italo trains. Accuses also regard the suspect of Fs using public funds to promote their high-speed trains. A relationship that seemed to be regulated by fair play rules at first, begun to look more like a competitive war.

Lately this year, Fs made a step forward and proposed the first armistice in years: a proposal was submitted to the Antitrust in order to allow a unique train pass both for Trenitalia and Italo trains so that passenger can buy a ticket regardless the company. But the situation remains tense both for economic and personal reasons (some acts seemed to be little personal revenges between founders, presidents and shareholders). 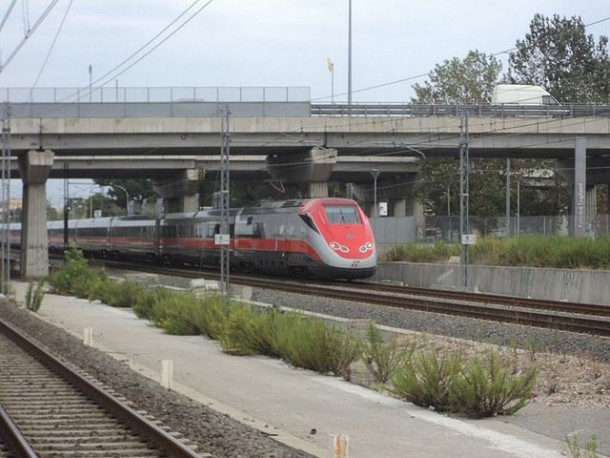 From a “social” point of view tough, perspectives remain uncertain. Italian passengers are often disappointed by the quality of services offered by Trenitalia, which is still the company providing the majority of connections. Delays are normal, while service is definitely bad also for high-speed convoys.

Last June, a survey was conducted on social networks in order to compare the popularity of both companies, Fs and Ntv (commonly addressed as Trenitalia and Italotreno). Results: Italotreno and Ntv seem to have better performances with a total amount of 1.007.598 “likes”, a more efficient marketing strategy and interactive platform.  On twitter, Trenitalia has three official accounts. The news profile @fsnews_it, is the most popular one with 118.000 follower. Italotreno hits Twitter with just one official account, @ItaloTreno with 115.000 follower. Thing is, while popularity seems on the same level, the customer interaction award definitely goes to Italotreno too. A little winning for the growing competitors and a defeat for the same old monopolies.