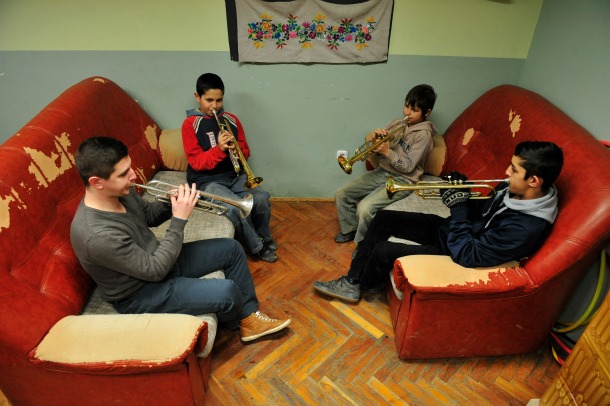 Can Music Save Children from Difficult Backgrounds?

The Hungarian Szimfónia (Symphonia) Program can trace its history back to Venezuela in the 1970s. José Antonio Abreu pianist, conductor and educator is the charismatic founder of a youth orchestra system, called El Sistema that transformed thousands of kids’ lives in Venezuela.

“Give children a musical instrument and they will never carry a gun” – the motto of the program summarizes Abreu’s ideas and the future prospects as well.

His revolutionary method is a primarily social program, where music is the tool to give a chance to the less fortunate children. 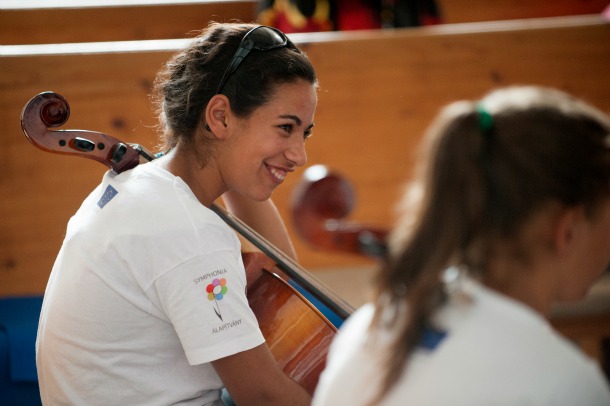 With Veronika Domokos, the lead expert of Szimfónia Program we talked about the origins, the results and the effects of the method.

How could you adapt the Venezuelan program to the Hungarian circumstances?

In Venezuela, the program started in order to rescue children and young people living in extremely impoverished circumstances. We also define our target group similarly to this: we are working with children coming from difficult backgrounds.

What was the starting point of the method?

The basic idea is really simple: the aim is to form a community of children with the help of music. We also want to share values and show a different perspective to them. Whether we are organizing the activities in the school or in common spaces and how many hours we can spend with them are changing from country to country.

Why is El Sistema different from all the other social programs which are using music as a tool?

El Sistema has several different branches worldwide, but the music education in groups is a unifying feature. Moreover, we are using the method to help children coming from difficult backgrounds – even if it means something different in Switzerland, in the USA or in Venezuela. We mostly focus on disadvantaged Romani children, living in different regions of Hungary. 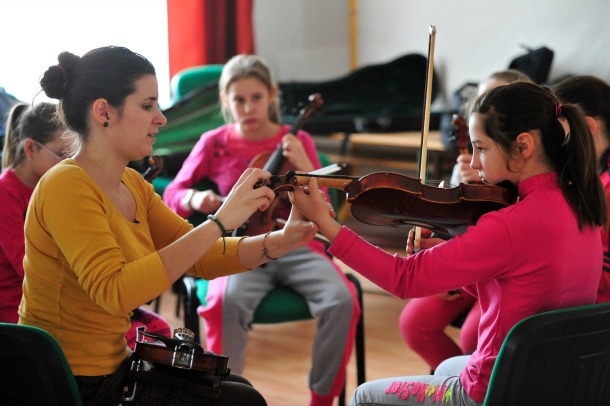 What kind of territories does the program cover?

The Symphonia Program is a social program, which uses the language and equipment of music. In the Hungarian adaptation the social features are even stronger, as the program developed within the frames of the Hungarian Charity Service of the Order or Malta. Helping the poor is a common aim in all of our model programs and institutional services.

How did the program start in Hungary?

The basic idea came from the Symphonia Foundation: their initiative met the ideas of the Charity Service. In the frames of an ongoing complex program at a Romani settlement in the city of Monor, we started the musical education with children during the summer of 2013. The good results arrived extremely quickly. In the autumn teachers could already notice the positive changes on children.

What was your next step after the promising feedback?

With the help of a European Union tender, the experimental program could go on in cooperation with the Symphonia Foundation. We started working with 15 primary schools from September. Based on the project description we should have engaged ten children from each school, so all together 150 students. Still, at the end of the year, we had 650 children participating all around the country. 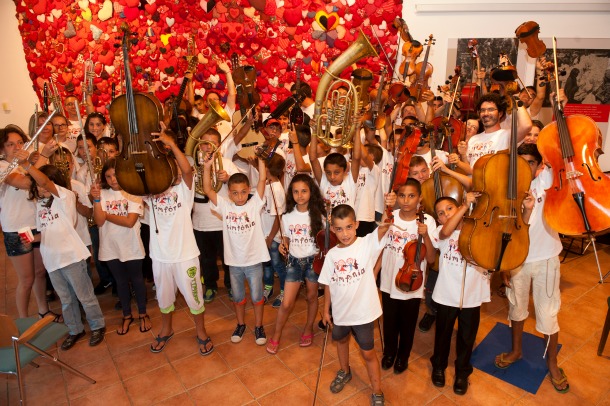 How can we imagine the educational activity itself?

We teach different types of instruments in the schools. The basic idea is to create a symphonic orchestra from stringed, wind and percussion instruments. Our main focus lies in group education. We are building communities, and with the help of this approach, more skills could be developed, such as cooperation. Outside the activities we are organizing meetings between schools as well. Until the end of the year small, local symphonic orchestras were set up. They had the opportunity to perform on stage, and at the end of September they gave a concert at Budapest. 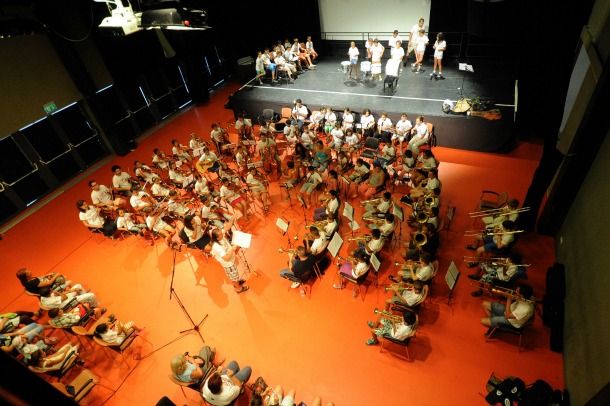 The symphonic orchestra is also in the name of the program. Why is this structure important?

The symphonic orchestra holds a mirror to the society. We have a lead violinist, who is important in playing the melody, but there is also the cymbalist, who maybe has role only once or twice during the whole concert, but he has to hit his instrument on time, with a perfect volume. It means that everyone is a useful member of the society. 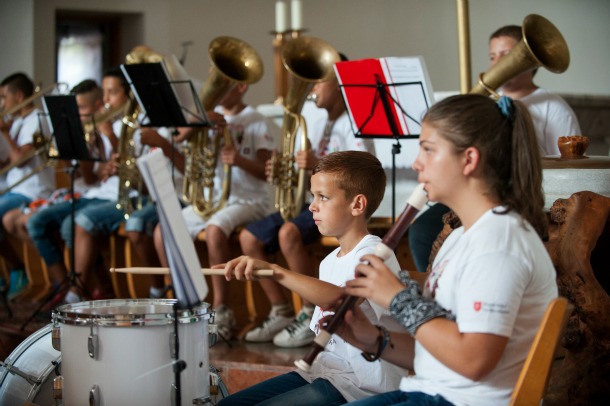 How can you measure the result of a social program?

The main aim of Symphonia Program is to reduce early school leaving, and help disadvantaged children in their school career. We are also trying to be in touch with the parents of the children to achieve a lasting effect. The results and the benefits of a social development program could only be measured in long term.

What are the changes that you can already notice?

Music can develop the skills necessary for school: it helps to raise the level of concentration and persistency. Here, we can already feel the difference, compared to last year. Children have to use their fingers for playing the instruments, which can help them to cope with dysgraphia and other writing problems. Moreover, music stimulates the emotional areas. If someone hurts the children nowadays, it is not obvious anymore that they react from anger, as it happened often before. 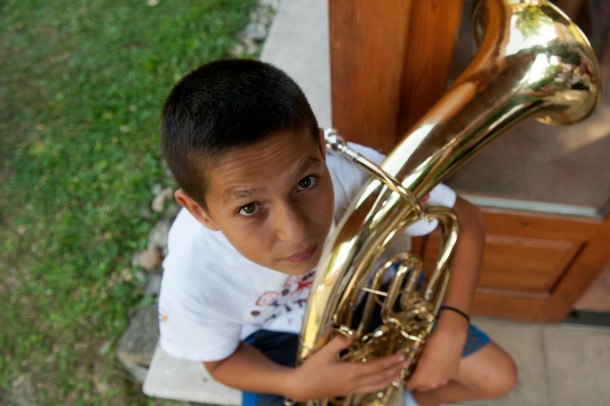 How did children react to the program?

These children usually fail in school because no one believes in them anymore. In our program they feel successful, so their self-esteem can grow, and they have the chance to be more motivated.

Why is music a useful tool to help children from difficult backgrounds?

Everyone has an attitude towards music, even if they like different genres. Music is a universal language, which has a strong power on our soul. If we listen to a sad music we all turn out to be sad, if we hear something happy we start to feel happy – regardless which circumstances we were born in.