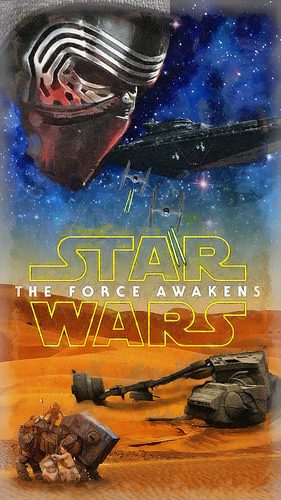 And finally the first chapter of the new trilogy is out. The saga that conquered three generations has a new starting and new proceeds of 517$ crashing the box office. However, forgetting about incomes and marketing strategies, disputes between the creator, George Lucas, and the production, there remains the movie.

The Force Awakens is a beautiful movie. It is able to capture the attention of the viewer and to keep him/her attentive for more than two hours. It can touch and excite even the most inveterate fan.

When I went to the cinema last Saturday, I feared that Star Wars VII would have disappointed me. A new production, a young – but talented –  director, new and old characters all together. A too much Disney touch! None of my fears were true. 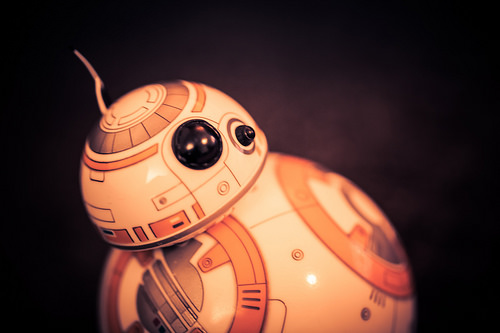 Believe me, it is truly an incredible experience! The old graphic, the music and the cinematography that recalls the first trilogy are all spectacular. Moreover, the old characters such as Han Solo, Leia and Chewbacca, are perfectly connected with the new ones, Rey, Kylo Ren and Finn.

J.J. Abrams decided to shoot the film in 35mm and 65mm IMAX camera, large portions of the sets were built in various locations, such as Abu Dhabi and Ireland, using also explosives to create the craters, and the production decided to build many of the starships. These technical decisions helped to recreate the original atmosphere of the previous movies, giving the feeling of watching a classic episode.

Impressive is also the performance of the actors, especially Harrison Ford and Carrie Fisher, who instead of being age-retired, are still forceful and convincing. As Harrison Ford stated:

There’s a lot of the rogue still left in Solo. Some things don’t change.

Among the new entries, Daisy Ridley as Rey, Adam Driver as Kylo Ren (particularly at the end) and Oscar Isaac as Poe Dameron are the most successful characters. And least but not last, the new chapter of the saga introduced BB-8, Dameron’s droid, who, similarly to what happened with R2-D2 in the first trilogy, helps Rey, Finn, Han and Chewbacca to reach the Resistance and to deliver its crucial message.

It is also a wonderful return for C3-PO, R2-d2, the Resistance Captains and Pilots and of course Luke Skywalker.

The plot recalls the first three movies, with the First Order instead of The Galactic Empire. The Resistance is captained again by Princess Leia and, as in A New Hope, the last Jedi has disappeared but the Force is awakening. It seems a game of mirrors with the original trilogy, a great gift for the fans. The battles, especially the one on the Starkiller planet, are spectacular and perfectly balanced with the dramatic scenes. Moreover, this new episode has kept the lively and ironic dialogues of the beginning. Maybe the only negative point is that Episode VII is too much similar to the Episode IV, especially in certain scenes, but with the lack of a great master such as Yoda or Obi-Wan.

However, it is a great return for one of the greatest saga of all times. So let’s wait for the Episode VIII and IX and may the force be with you!