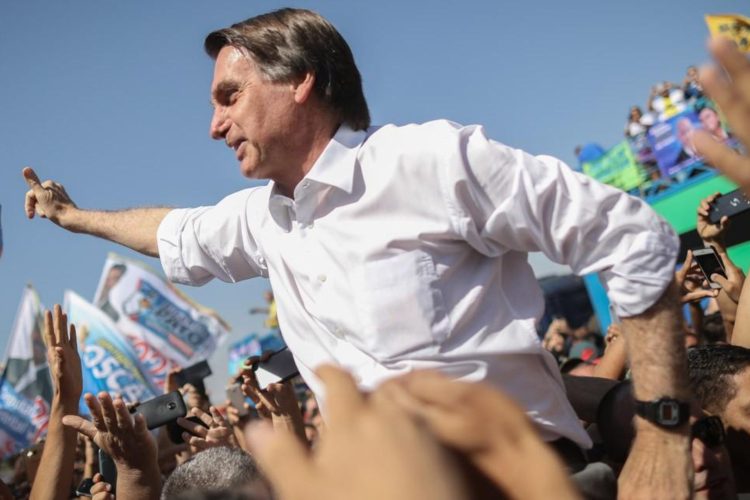 Joy swept Jair Bolsonaro, and his Social Liberal Party (PSL) supporters, as Sunday’s polls closed for the second round of Brazil’s Presidential election. Bolsonaro clinched victory in the run-off on October 28, 2018, with 55% of the vote, defeating Fernando Haddad of the Workers’ Party (PT).

The far-right candidate won in the twin industrial metropolises of Rio de Janeiro and São Paulo, as well as in the south and south-west of the country, forging a similar electoral coalition among urban elites, workers, and big farmers that the PT used to govern for over a decade.

Facing a choice between a PT embroiled in scandal, versus a radical right-populist alternative to the status quo, Brazilians opted for the latter.

In the context of economic crisis and political instability, many people have bought into Bolsonaro’s law-and-order message. However, this is no ordinary centre-right politician. Bolsonaro’s consistent homophobic, misogynistic, and racist rhetoric have made this one of the most divisive Brazilian elections in recent memory.

Violence has marred the far-right campaign. A former soldier himself, he has also ardently supported the use of torture by the old military regime. Bolsonaro has openly backed violent anti-refugee riots in Pacaraima. His comments about women have led to a spontaneous social movement organized around the hashtag #EleNão (#NotHim). 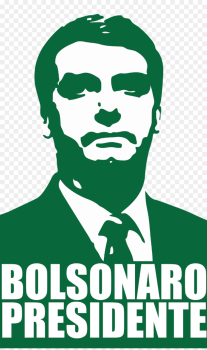 This hateful rhetoric boomeranged back when Bolsonaro was stabbed during a rally. This incident, however, hasn’t derailed his supporters. Some of whom include uniformed members of the armed forces, who have threatened Supreme Court justices and Bolsonaro’s political opponents. The stabbing has also led to the cancelling of most of the televised debates – a forum where Bolsonaro was having serious trouble.

The PT, on the other hand, has continued the electoral decline which started with the anti-corruption drive of the judiciary. Ultimately, this led to the legislature ousting PT President Dilma Rousseff in August 2016 on corruption charges. A tainted track-record combined with a message of status quo politics doomed the PT campaign from the outset.

The parliamentary coup acted as a catalyst for the steady collapse of support for the PT. In the October 2016 municipal elections, right after Rousseff was thrown out, the PT vote collapsed. Blank ballots outnumbering the votes for the winning candidate in cities like São Paulo. Where even Haddad himself lost the mayoralty despite being the incumbent. The trend continued in the most recent elections where the PT stumbled in the National Congress to 56 seats, a loss of 32 seats since the 2010 elections.

Initially, the PT tried to run Lula as their presidential candidate, despite the judiciary scandalously banning him from running for office. Despite a court order, PT militants had actually tried to physically block Lula from surrendering to the police, so that he could run. Instead of Lula, the PT eventually ran Haddad, an unpopular moderate, on a centrist campaign.

The failures of the left

Now Fernando Haddad wasn’t the only leftist with a checkered past to run a centre-of-the-road presidential campaign. Starling given that the decline of the PT has caused a void on the left.

The Democratic Labour Party (PDT) candidate Ciro Gomes, a Harvard trained technocrat who, remains unpopular for his participation in the Itamar Franco government. Aiming to scoop up support on the left, Ciro initially campaigned to the left of Haddad by demanding to tax the rich and defending public-ownership. However, he is seen as a status quo candidate because of his involvement with austerity governments. His track record along with his support for liberalizing pensions cost Ciro in the first round.

Guilherme Boulos, the candidate for the Socialism and Liberation Party (PSOL), was essentially a compromise candidate of the PSOL. Whose leadership was trying to bring Boulos’ Homeless Workers’ Movement into the party. Instead of contending with the PT, as Ciro was attempting to do, Boulos spent the majority of his campaign attacking the austerity of the current right-wing government and criticizing Bolsonaro.

Fighting the far-right with one hand, the PSOL attempted to – awkwardly – court PT supporters with the other. How he tried to do this ended up being a disaster. First, Boulos’ platform remained almost identical to Haddad’s proposals. Leaving no substance to the wandering eyes of former PT supporters.

Then, instead of trying to split the PT base on political grounds, the PSOL candidate tried to do it by cozying up to the caviar left of the PT brass. Keep in mind, this is the same political elite in the middle of a massive corruption crisis. Naturally, PT supporters – many tired of politics-as-usual – looked right past his name on the ballot.

Given Ciro’s tattered past and Bolous’ awkward footing, both candidates were sidelined on the left by the PT in the first round. With the option of the real PT or what looks like a knock-off, Brazilians simply chose the real deal. The scandal was in how the candidates handled the loss.

While Boulos backed Haddad as the only hope for defeating Bolsonaro, Ciro refused. Leaving the 12.5% of Brazilians who voted for him in limbo for the second-round. Critically, this split the left vote paving the way for a Bolsonaro victory.

Bolsonaro’s first 100 days will give Brazilians a sense of how the rest of his term will play out. Given the massive economic crisis facing Brazil, what is certain is that this is a right-wing regime presiding over a very unstable society.

During the campaign, Bolsonaro  has promised to remove anti-slavery provisions from the country’s conditions. At the same time he has proposed the mass arrest of all left-wing groups to restore order. Backing up his unapologetically racist statements against indigenous and Afro-Brazilians, he has also made hints the he will come after protected reserves. Essentially, he intends to restore economy prosperity on the backs of marginalized sectors of society. 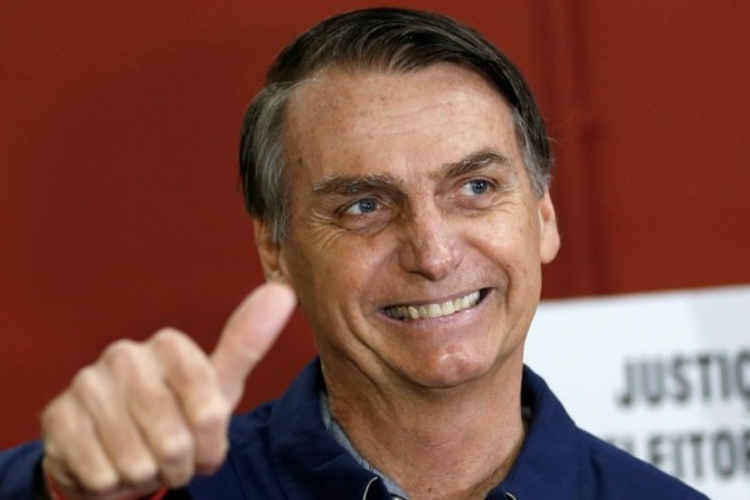 To make good on these promises, Bolsonaro will take a heavy-handed approach to governing – which he is not afraid to do. He has spoken approvingly of torture during the dictatorship years. His running mate, retired Gen. Mourão, has made statements reserving the right for Brazil’s military to intervene in politics. And his campaign promises include bringing more former generals into his cabinet.

It’s no surprise that various groups lined up against him during the campaign. Feminists have recently used the hashtag #EleNao as a popular platform to organize against Bolsonaro’s regressive politics. Artists like Dua Lipa, Roger Waters, Imagine Dragons, Diplo, and Pabllo Vittar have also jumped on the bandwagon. Indigenous parliamentarians started a front against him. As Amnesty International raises concerns about police impunity for human rights violations getting worse under Bolsonaro, the stage is set for confrontation in Brazil.

Internationally, Bolsonaro hopes to deepen ties with the US and EU by liberalizing trade ties. A pivot to the US entails a radical shift in hemispheric politics meaning Brazil will conduct a hostile foreign policy to Venezuela and Bolivia. Bolsonaro has also characterized China, Brazil’s biggest trading partner, as predatory stating the “Chinese are not buying in Brazil. They are buying Brazil”. This entails a complete reversal of the foreign policy guiding the PT since 2003.

With some analysts calling this “the most conservative Congress of all time,” Bolsonaro will be able to form a government to carry out his domestic and international agendas. Bolsonaro’s first 100 days will be a political earthquake – unlike anything Brazil’s young democracy has faced before.