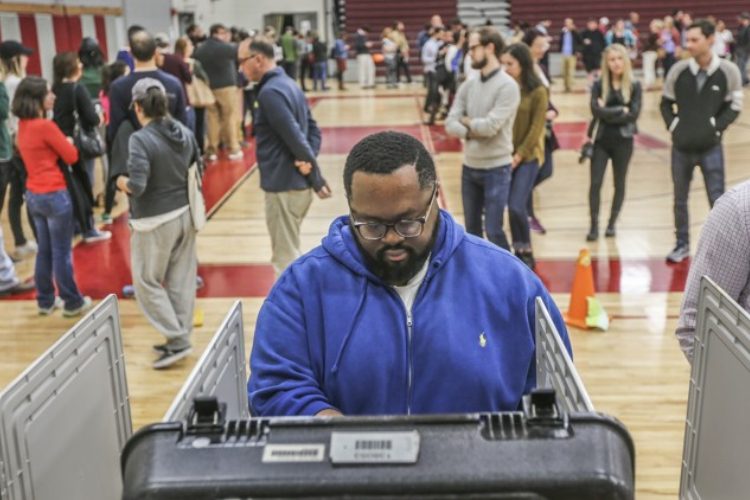 As midterm elections rapidly approach this November, Americans are gearing up for competitive races for the seats in the Senate and the House of Representatives. American voters are expected to turn out at higher rates for the 2018 midterm elections as a result of many different political disagreements and events that have occurred within the past two years. Absentee ballot applications are being requested and citizens are beginning to early vote. Important issues, such as health care rights and gun control, are on the ballot this November, and the results will impact each and every person in the United States.

On my college campus, I have witnessed student activists grow increasingly excited about the importance to vote over the past few months.

Students have encouraged everyone on campus to vote, whether in state or by absentee ballot, and have provided the resources necessary to help students register to vote. This excitement is inspiring, however, little attention is being paid to those who are being deprived of their constitutional right to vote.

Depriving individuals of their voting rights is no new issue in the United States. In 2013, the Supreme Court ruled that states can change their election laws without obtaining federal approval prior to doing so. This has caused many states, particularly in the south, to create new barriers to make voting more challenging, and most of the people which these barriers are affecting are people of color.

As midterm elections are nearing, new stories are emerging about minority groups being marginalized when it comes to the right to vote. In the state of Georgia, there have been many issues with voters who have sent in absentee ballots, and as a result have had them thrown away if their signatures do not match exactly. This has adversely affected the African American population, which means many of these votes and voices could potentially go unheard.

Voter suppression has unfortunately been a long standing problem in the United States. Policies ranging from gerrymandering to Jim Crow laws and modern day voter ID laws were put in place to intentionally silence the minority vote.

Take Native American voters as an example; it is required by some states that a voter provide a permanent or physical address in order to be able to vote legally. However, in states such as North Dakota, Native Americans who reside on certain reservations are not given permanent addresses and as a result are not able to vote.

These practices are discriminatory and unconstitutional.

The United States prides itself on the idea of a “true democracy.” However, as these voter suppression issues continue to rise as we near the vital midterm elections, it seems to be that our democracy is in jeopardy. Excluding certain voices and opinions from our government that makes choices that inherently affect us all is not reflecting values of the democracy that we advertise our nation to have.