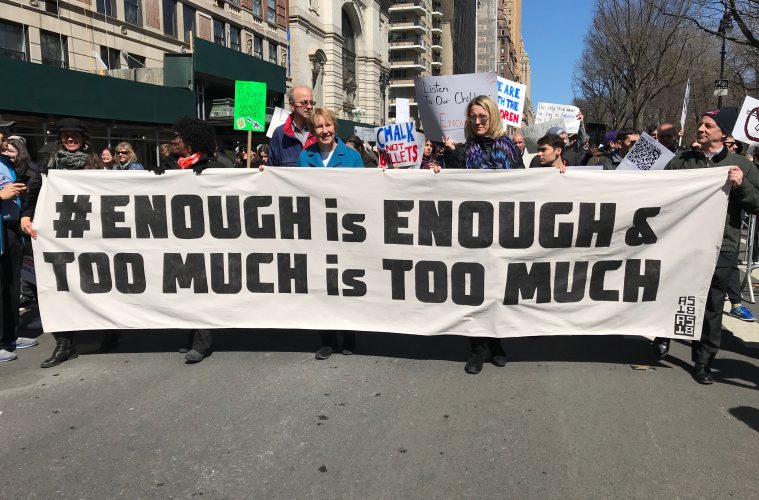 March For Our Lives in New York City | Olivia Debes

Gun Violence in America: Growing Up in Fear

It is no secret that the United States is infested with extremely high rates of gun violence. Day after day, there are new headlines regarding mass shootings. Most recently, a mass shooting left 12 individuals dead in California in a college town at a nightclub and bar scene. Just 12 short days before that, a mass shooting left eleven people dead in their place of worship, a synagogue.

Being a college student and seeing almost weekly another mass shooting taking place in the country in which I call home, I can’t help but think, “Will it ever happen here?” I worry because North Carolina is a state where open-carry laws are still in place, and individuals are entitled to carry a firearm on them legally. I worry because I have seen people openly carrying firearms many times, and I fear that they could use that weapon to kill me and my friends. I worry because I never want to receive a text from those I love, saying that they are in a situation where they think a gunman is about to end their life. I worry because too many families in this country have already lost their children, moms, dads, cousins and more.

Will it ever affect my best friends that go to other universities? Will I ever have to be the student locked in a dark classroom, being protected by merely a plastic desk, wondering if that shooter will be coming into my classroom next? Will I ever have to text my parents telling them that I love them because I fear that my life is in jeopardy, simply because I chose to go to class that day?

Gun violence is something that America is becoming numb to. We have to prepare ourselves and create drills to protect us from an active shooter, as opposed to passing legislation to prevent that shooter from ever obtaining a gun in the first place, because it is “our Constitutional right.”

Two of my dear friends have been in situations where they were under the impression that their life could be in danger as a result of an active shooter. Bryce, a junior at Rollins College in Winter Park, Florida, had to wait in her classroom for hours as a result of a school lockdown because of an active shooter situation. I will never forget receiving a text from one of my friends that Bryce was on lockdown, my heart stopped.

I talked to Bryce about what it was like to hear gunshots not far from her classroom:

“I truly have never felt so terrified in my life being in a situation like that and hearing gunshots. It was also the thought of not knowing what was going on and what was going to happen.”

“When I was sitting in the corner, I was looking around thinking that if someone came in here right now with a gun we would all die because there is nothing to protect us besides a locked door and a desk leaning against it,” Bryce continued. “It is terrible to say, but in that situation you wish someone in the class or the professor had a gun on them in order to defend us.”

Another recent incident, which fortunately turned out to not involve an active gunman, took place at the Global Citizen Festival in Central Park, New York City. A barricade had fallen towards the stage that created a loud noise, similar to that of a gunshot. Instinctively, the crowd started to run fearing their lives. My friend Marissa was one of those people.

I asked Marissa how she felt in that moment. “In that moment, I had never felt more vulnerable. It was pitch black, people all around me, and I had no way to protect myself. I was terrified to turn around thinking that I would have seen dead bodies or gunmen.

I truly didn’t understand the fight or flight response until that moment. My adrenaline kicked in and I was literally running for my life. I was separated from my friends and running through Central Park all alone.

During this I had so many thoughts running through my head, but the one that stuck with me was ‘of course this is happening, it was only a matter of time.’ It had almost been one year since the Las Vegas shooting and it had been a while since the last mass shooting. We see this in the news all the time, so I thought it was only a matter of time until it happened to me.”

These two personal stories reflect how youth feel in America every day because,  just like that, their lives can be put at risk. It is time to end this gun violence epidemic that has affected far too many Americans. 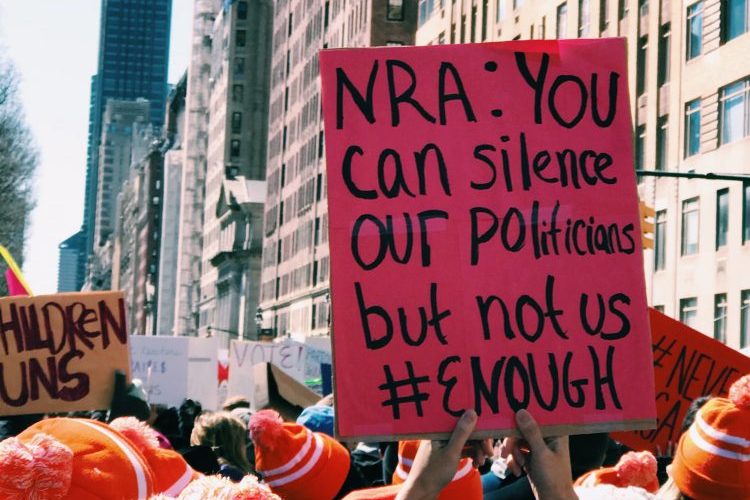 March for Our Lives in New York City | Olivia Debes