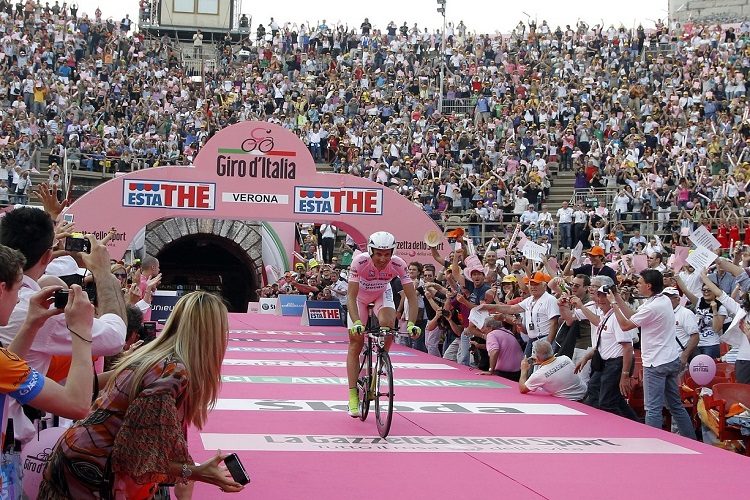 Ecuador won its first 3-week cycling race (Grand Tour) in May with Richard Carapaz (Movistar Team). Carapaz brought back home the pink jersey of the winner of the Giro d’Italia. On Sunday, July 28, Colombians burst into tears of joy with their first win in the Tour de France. The 22 year-old Egan Bernal (Team Ineos) ended a long wait for Colombia. The country had already hoped with Nairo Quintana (Movistar Team) since his 2nd place in 2013. Quintana had been received by the Colombian president at the time, Juan Manuel Santos. Cycling, like Olympic Games and the World Cup, is heavily influenced by politics. Politicians like to use cycling for their personal credit. Cycling competition is a political object for some politicians.

Race organizations: the race before the race

The first political implication in cycling is the competition between cities, or even countries, to get the start of a stage or the main start of a whole Grand Tour. Indeed, the three Grand Tours (Giro d’Italia, Tour de France, Vuelta a Espana) regularly start from abroad. This trend started with the Tour de France 1954 that started from Amsterdam (The Netherlands). Some stages are also a pretext to honor historical events or to bring the spotlight on a specific region.

The Giro d’Italia is the most spectacular when it comes to bringing in the spotlight on a region. Israel launched the 2018 Giro in Jerusalem. It was commented as a great marketing tactic to give visibility to the country in Europe by having a new angle as opposed to the usual religion and tensions with Palestine. PM Netanyahu even appeared live on giant screens at the race start from the Knesset (Israeli parliament). The Giro 2010 crossed the Aquila. It was to honor the victims and show the financial needs for reconstruction after the 2009 earthquake. It was again the case in 2018 when the race crossed Abruzzo, Lazio, the Marche and Umbria regions devastated in January 2017. Next year’s Giro will start from Hungary. It was proudly announced by race organizers in presence of respective foreign ministers.

What is interesting in this move, is the proximity between the race organizers and the party in power in Italy. The Giro is organized by RCS Mediagroup, owned at 58% by a shareholder’s pact on the Milanese stock market which is led by the Mediobanca bank. Matteo Salvini, the strong man of the Italian government, became federal secretary of his party (Lega Nord) in 2013. Investing 1.2 million € Mediobanca bank was one of Salvini’s first move at this position. Furthermore, Salvini’s main ally in Europe now is Viktor Orban, Hungarian Prime Minister. For a country that does not have a competitive cycling scene (a second division team project should start in 2020), it is a big achievement.

The access to the spotlights of the Tour de France, the most famous cycling race in the world, is expensive. ASO, the race organizers, requires investments. First, cities have to pay ASO to get a stage. It is between 65 000€ and 160 000€. Second, local authorities spend roughly the same amount to organize security and logistics. It includes parking areas, police forces and cleaning the streets. They also need to modernize roads. A typical Tour de France stage is 170km. However, this benefits local communities with new asphalt. Mayors and regional governments fight to get the Tour de France in their region because it brings spotlights on the points of interest, like old castles, natural parks, gastronomy and vineyards. The costs come back to the region with a peak in tourism that year. Following years also benefit of this marketing vitrine of the Tour de France.

The Vuelta a España is a specialist of crossing regions, reclaiming autonomy from Madrid. Catalonia and the Basque Country are present in the race nearly every year. Spanish race organizers are however more concerned with the design of the road to make spectacular uphill finishes after steep climbs. The Tour de France is more into symbols when it went for the first time of its history in Corsica in 2013, an independent French island in the Mediterranean Sea. Similarly, the Tour 2014 crossed the Flemish fields and the Belgian town of Ypres to honor the centenary of the flooding of the Yser plain. That was certainly the turning point of the first World War, giving time to French, Belgians and British soldiers, to get organized against Prussia. This Tour 2014 had started from the Yorkshire, UK.

Pedal for your political campaign!

Cycling is a cheap way to bring spotlights on politicians. In recent history, French presidents Sarkozy and Macron appreciated the Tour de France as a moment of communion with the crowds. They appeared close to the popular chaos and emotional relationship of French people with Le Tour. Behind the cameras and the show, there are some downsides for the sport or for the organizers.

Ex-President Sarkozy (2007-2012) has been in the spotlight for his influence on anti-doping decisions taken when he was Minister of the Interior (2002-2004, 2005-2007). After some discussion with the American Lance Armstrong, Sarkozy took the decision to fire the head of the French anti-doping agency. Sarkozy strengthened his relationships with the USA where Lance Armstrong, his 7 victories in the Tour de France (now lost after TV confessions of doping in 2013) and his Livestrong foundation against the cancer, was a superhero, a Texan, like the 43rd US president, George W. Bush.

By attracting major cycling races, mayors and regional governments try to build an image of cycling-friendly regions. In some cases, it is true, in other cases it is greenwashing. Let’s put it clear as a cyclist (and ex-racer): cycling races and training for competitive racing have nothing to do with cycling infrastructures for home-to-work commutes on urban/hybrid bikes. Bringing cycling races in a region does not highlight how good a region is at promoting cycling as transportation. You can be disqualified from the race if you use the bikeways on Belgian races. The most complicated and nervous race of the calendar is usually the Amstel Gold Race with its twisty roads full of road furniture. The Amstel Gold Race is in Dutch Limburg, Netherlands where cycle paths are as usual as drops of rain in India during the monsoon season.

Cycling to work is not a Grand Tour stage

Belgium, France and Italy have a long history with the most prestigious competitions and the most famous heroes of this sport. However, these countries are far behind in terms of cycling infrastructure. Nordic countries, Taiwan, Japan and China, have extensive biking infrastructures for transportation despite not having any historic racing culture in cycling. It is simple: bike racing and transportation on bicycles have nothing in common except two wheels and two pedals. Politicians use cycling as a popular event for their personal credit or as a foreign policy tool.