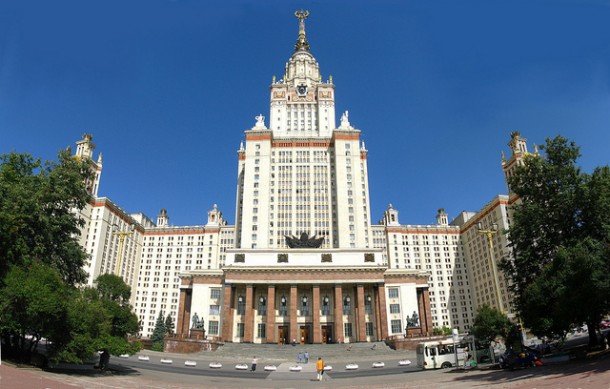 SERIES: Education | Journalism Education: A New Deal for Russia and China, too

[translations idioma=”ES” url=”https://archives.rgnn.org/2014/04/11/serie-educacion-la-ensenanza-del-periodismo-un-nuevo-negocio-tambien-para-rusia-y-china/”]
Under the motto, “Education is the key,” ROOSTERGNN is publishing a Special Series dedicated exclusively to one of the most important topics defining our society of today: Education. View the complete series here.

RUSSIA / CHINA. Journalism’s Great Depression requires a New Deal, and the place to start is innovation in college education.

Unfortunately, for universities where fear reigns, change tends to move at glacial speed. Fortunately, throughout the history of journalism, innovation is nothing new.

In America, lessons date back to 1690 when publisher Benjamin Harris printed the four-page Publick Occurrences: Both Forreign and Domestick with a blank back page.

Think of that blank space as a 17th century blog or Facebook page: Readers were encouraged to write their own news and pass it along to other readers.

Publick Occurrences, which reported a sex scandal involving the king of France, lasted just one issue before it died of government censorship.

Which brings me to Russia and China: As America explores a New Deal in journalism education, Russia can put the “R” in FDR and China can put a “C” in the alphabet soup of recovery programs.

That’s because whether journalism exists in advanced democracies, struggles in emerging democracies or faces limits of Communist rule, professors are confronted with similar challenges in teaching aspiring young journalists.

Those commonalities can be seen in Russia where the premier journalism school at Lomonosov Moscow State University has embarked on a revolutionary change in curriculum and in China where Shanghai University continues an alliance with a 100-year-old journalism school in the U.S.

Therefore, the New Deal takes a three-pronged stab at innovation by trying to 1) raise financial capital in creative ways, 2) boost social capital by creating new jobs doing the public good, and 3) graduate an array of Hans Brinkers who can stick four fingers in the credibility dike.

Thirty years ago, when I started my career at a major metropolitan newspaper, money was no object for the newsroom. Today money is every object.

Journalism students are told to be entrepreneurial. That’s another way of saying don’t expect to expense-account the $10,000 fur coat you bought to cover global warming at the North Pole.

Job One for the New Deal is to supplement advertising revenue, where dollars from print newspaper advertising compare with dimes from online ads and pennies from mobile.

Students need to learn how to create their own non-profit ProPublica models to underwrite costs and breathe in the fresh Dutch air from a crowd-funding startup success story.

More than a lack of financial capital unites Russia, China, and the U.S. They face another deficit: too few good citizens.

Job Two for the New Deal is to boost social capital, which accrues when good citizens care about news and do something about it by engaging in community problem-solving.

News organizations that have walls separating journalists and ad sales reps should add a suite for community builders, entrepreneurs, artists, and philanthropists. Their jobs will be to help people solve problems, create new businesses, strengthen the community, and make it more profitable.

In the New Deal, change will leap off a three-legged stool of news, revenue, and activism.

Job Three may be the most difficult of all: restore credibility, which continues to sink. Beyond the scandals (stop those, please), we might be able to regain some credibility by telling “the people formerly known as the audience” where we’re coming from.

We could organize our journalism curriculum not by media (print, broadcast, online) but by mission (Advocacy, Traditional-Elite, Public or Civic, and Citizen 2.0).

Then our task would be to turn Advocacy majors loose to pursue social change and justice, train Traditional-Elite majors in objectivity to pursue truth for public decision making, encourage Public or Civic majors to tackle community problem-solving, and unleash Citizen 2.0 majors to change the news agenda by giving voice to the voiceless through the blogosphere.

When it comes to the New Deal for journalism education, the only thing we have to fear is the fear of change itself.