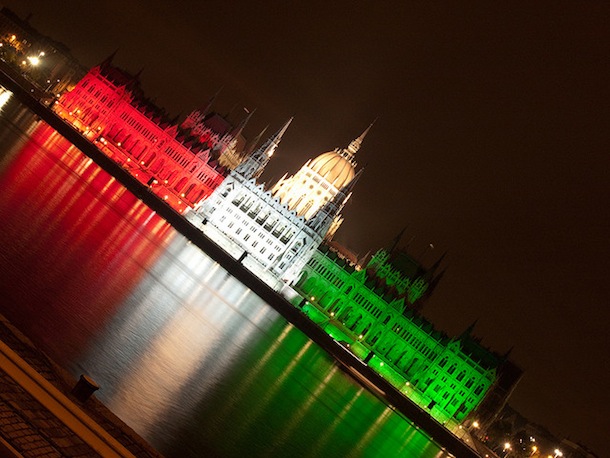 Hungary and the EU: A Tumultous Road Ahead

HUNGARY. On April 6th, 2014, parliamentary elections were held in Hungary. Almost 45% of the votes were gained by the ruling centre-right coalition Fidesz-KDNP; while the socialist MSZP party obtained 26%; the right-wing Jobbik a bit more than 20%; while the green-liberal LMP obtained a bit more than 5%. As a result, the new parliament of 199 seats will be divided as follows: 133 seats, which is a constitutional majority to Fidesz-KDNP and for their main opponents – MSZP – 38 seats. This is a complete triumph for “young democrats” as Fidesz representatives are commonly called, who now have opportunity to carry out a further amending of the state’s constitution, and form a government by selves without the necessity to include representatives of Jobbik.

The results were not a full surprise for many analysts. There were few opinions predicting such a staggering success of Fidesz in single-member districts. Moreover, there were analysts who assumed that the formation of the “democratic” social opposition into one major formation could obtain a better result and become a power that could slightly attempt to challenge Fidesz. However, for majority of experts the main intrigue involved, whether Fidesz would obtain constitutional majority that would give it extraordinary powers.

The day after elections, all electoral participants started to seek an explanation for the results. The socialists blamed the rules of the electoral campaign and the procedures labelling them as “unfair” while Victor Orban, leader of Fidesz and PM, stated that the electorate had voted in favour of his government policies.

It is true that these elections were held under the new 2013 electoral procedure law that was passed after the adoption of a new constitution, which, according to opposition, conditioned the electoral process and its results favouring the ruling party. The critics of this electoral law point out the following characteristics that determined the outcome of elections: one ballot instead two; abolition of restrictions on voter turnout; and reduction in number of seats of MPs from 386 to 199. Likewise, they claim that raising electoral threshold to 5% for single party lists, bipartisan lists – 10% and three-party lists and more – 15% in addition to the fact that citizens were only allowed to vote for party lists and not individual candidates, placed the opposition in a disadvantageous position. These regulations benefiting the incumbent party paved the road to a foreseeable outcome of the electoral encounter.

Along general lines, the recently held elections revealed the same political landscape as in 2010’s elections when Fidesz came to power. The parties represented in the Parliament are the same. Two-thirds of Hungarians, as before, voted for the Hungarian nationalism of Fidesz and Jobbik while elections again confirmed the failure of the former communists of MSZP and the Hungarian socialists as a whole. The Unity Alliance, a union of five left-leaning parties that run a joint party lists was not enough to confront Fidesz supremacy, as they were unable to place common goals ahead of party politics. The left and centre-left parties seemed to lack solid alternative proposals for change while Fidesz in his previous term tackled several dilemmas in the economic and social spheres among which it is possible to underscore the successful lead of Hungary out of systemic crisis and dealing with rising unemployment.

Nevertheless, the figure of Orban is ambiguous and to some extent unfriendly for EU main institutions. Therefore, his new term has various implications for the EU. Many of Orban’s policies, such as restricting the influence of foreign banks and multinational corporations, major land distribution to small and medium farmers, restricting the power o the constitutional court and the central bank, the nationalization of pension funds caused discontent and a storm of criticism from the EU leadership.

The same kind of criticism is also heard in Hungary, as many argue on the continuous gradual conversion of democracy into autocracy hinting at a likely continued constitutional reform leading the concentration of power in the hands of Fidesz.

However, Orban disagrees with internal and external (EU) criticism. In the response, he claims the defence of national interests as a priority of his government being proud that his government reduced prices of electricity and gas, paid off state’s previous IMF debts and took distant stance from the EU using Eurosceptic rhetoric, so popular nowadays among the local population. In his speeches, Orban targeted Brussels as new colonialist power compared to USSR. In the same respect, the “Eastern” course (flirting with Russia and China) is another source of irritation of Brussels.

Up to the moment, there is no sign that he is going to soften his stance towards the EU and its institutions, and therefore the new term up to 2018, promises to be full of unpleasant shreds in the relationship between EU and Hungary.