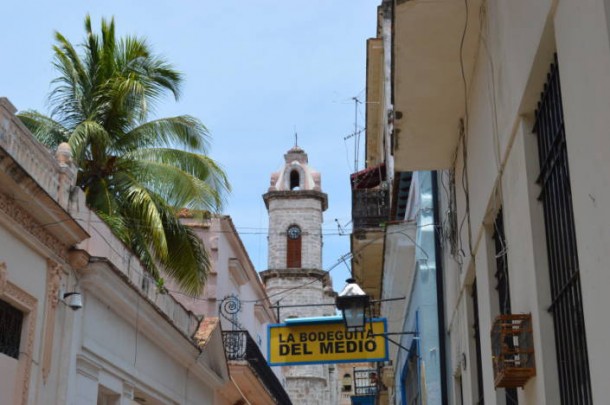 Cuba: The Island Adrift in Time

HAVANA, CUBA.  The words “patriotism is humanity” are displayed on the façade of Cuba’s Jose Martí International Airport in Havana, quickly and brazenly setting the tone for the island’s propagandistic landscape replete with billboards, murals, and street graffiti glorifying the 1959 Cuban Revolution and the Cuba’s subsequent Communist party rule.  These words—originally written by Jose Martí, a prominent figure during Cuba’s War of Independence against Spain, and later used by the Communist party to spark fervent nationalist ideology—echo both the Cuban government’s and the Cuban people’s fixation with the island’s past. 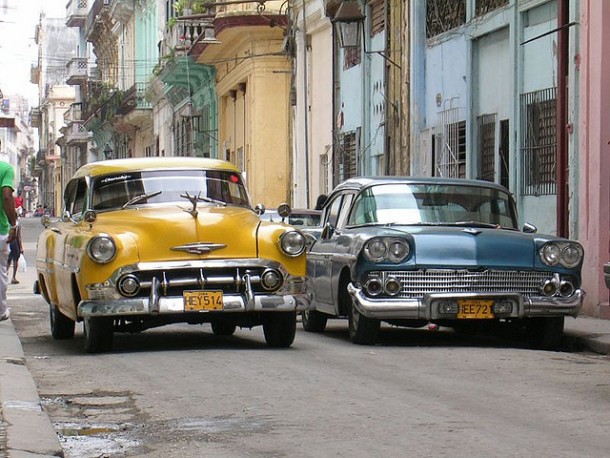 Leaving Cuba’s international airport in Havana, visitors are confronted with the vestiges of pre-revolution capitalist Cuba.  Vintage 1950s Fords—preserved since the U.S. embargo put into place in 1960—roll down the streets of Havana past beautifully constructed, but poorly-maintained residential buildings displaying magnificent ionic columns and dreamy balconies peering through overgrown weeds and sitting atop crumbling foundations.  The names of American and European businesses present in Cuba before the Revolution are still etched into the buildings where state-owned businesses selling household items and basic foodstuffs currently stand.

Along San Rafael Street in the historic district of Old Havana, a state-owned eatery sits underneath a magnificently crafted rose-colored pediment and frieze bearing the name Chantilli—a privately-owned bakery popular before the Revolution.  A few miles away from San Rafael, a shop selling miscellaneous items between 23rd and 10th streets in Vedado, Havana, reminds passersby of Cuba’s pre-Revolution ties to American business with the giant gold letters reading Woolworth’s lying on the granite floor at the entrance.  During a conversation with a local Cuban woman in her seventies who runs a “casa particular”, or “bed and breakfast”, in the Miramar district of Havana, I expressed my intrigue in these small remnants of Cuba’s unimaginable capitalist history, to which she responded by noting her nostalgia for the childhood she spent eating ice cream at Woolworth’s with her friends.

However,  what gives Cuba its undeniable charm are the instances in which I encountered the optimism, delight and strength harnessed by the Cuban people after over a century of intense change and uncertainty.  Overriding the sense of nationalism imposed by the government through endless portraits and monuments of national heroes and Revolutionary martyrs is the sense of cultural pride seen in the works of local artists and craftsmen.

Along the sixteenth-century Spanish colonial neighborhood of Old Havana, local artists can be found painting surrealist-style Cuban cityscapes and pictures of stylized Afro-Cuban band musicians in traditional lively color palettes.  Historic locations in this district such as the magnificent Spanish baroque Cathedral of St. Christopher, the Capitol building, and the famous restaurant-bar La Bodeguita del Medio (where prominent figures such as Ernest Hemingway and Marlene Dietrich regularly enjoyed Cuban cuisine), serve as typical subject matter for local painters who use these sights for inspiration, using styles as diverse as surrealism and abstract expressionism to depict their realities.  Many of these local artists’ works can be seen and purchased at a nearby gallery called Mercado de Artesanías, located at the Port of Havana.

The country’s politically-charged climate, the way in which people make sense of their realities, and the ways in which people define and express themselves are signs of the strong socio-political, psychological, and artistic impacts that Cuba’s history has imposed on current Cuban culture.  The strong presence of the past is as surreal and unsettling as it is astonishing, but Cuba’s real charm comes from the ways the Cuban people seek to integrate their history into their culture, rather than allow their history to define their values.