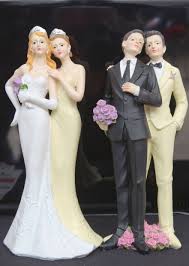 Objectively: wedding albums are so boring! Same poses, all relatives in line and that white dress! It seems always the very same thing. Maybe because it is expected and seen as a normal step in the life.

Maybe, if it was a conquest, it would be different.

With this spirit of conquest, the last May, Ireland has said Yes to the marriage for same-sex couples, after months of campaigning. A freedom to marry approved by popular referendum for the first time in the world, exactly where before homosexuality was a criminal offense.. If it is not a victory!

Since 2001 in Netherlands to 2015 in Ireland, Europe has seen many of its countries becoming favourable to same-sex marriage and legislating on it. Belgium, Spain with Zapatero – despite the serious opposition of Catholic Church – Portugal, all the Scandinavian peninsula, France, Denmark, Luxemburg, Iceland and UK. Slovenia is working on it – a law is pending as of March 2015.

There are other forms of recognition for same-sex couples – as in Germany, Austria or Switzerland. But if in Western Europe there is now a positive trend, Eastern Europe is still closed and being homosexual in some of those states means to hide and to be criminalized or imprisoned.

But what is only a social theme can be exploited in different ways.

Many parties can use it in their political campaigns to influence public opinion and to attract audience. And the same thing can do the Catholic Church. Cardinal Parolin called Irish pro-gay vote a “defeat for humanity”.

It is not a case if Italy doesn’t recognize gay marriages – not at national level, by the way – and civil unions are not protected in any way.

A theme that exclusively concerns human rights is transformed into a reason of religious and social hate.

Marriages’ rate in Europe has been going down in the last two decades and Italy reached this year its all-time low. And so many same-sex couples are asking only for having this right.

It would be a very good idea just thinking to open our mind – politically or religiously- if what is considered a taboo was rationally and humanly seen as something that could solve many real social problems.

At the end, isn’t all only about love and respect?