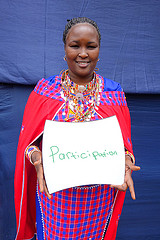 From the very first time when Democracy appeared in early ages till nowadays where Democracy is widespread as a modern political system, it has undergone significant challenges from many external factors, especially from the Cultured Civilizations and Modernization. One of the major impacts that came along with modernization is the era of Digitalization. Technological developments gave a boost to the political sphere and shaped not only the manners of democracy but also the way how it influences our daily behaviour, mostly in the activism of  civil society  as a mean of political participation and decision making. The topic ”Democracies and New Technologies” has recently stimulated the public debate and has prompted many questions. To answer some of the frequently asked questions on this subject, the PhD Candidate and Lecturer at Epoka University in Albania, Mrs. Reina Shehi, was delighted to contribute with her academic background and elaborate the relation between Democracy and New Technologies.

Can you please share a short comment on what is the real impact of technology in the political sphere, particularly in democracy?

Technology made a revolution in the lives of human beings and we can undoubtedly call it the fourth age of history after the hunters and gatherers, agricultural and industrial age. Technology leads our everyday decisions influencing even our daily decisions.  When it comes to democracy, the first major impact of technology has been on spreading a large amount of information at a very quick time. Secondly, technology enables all citizens to access any kind of information regardless of their geographic location. Additionally, it pushes governments and other political actors form more transparency and efficiency. However, alongside the benefits, often it presents challenges to democratic development. Technology can serve as a voice for undemocratic powers to reach their opinions and objectives to larger groups of people. Thus the impact of technology on democracy depends largely on how and who uses it.

How do you see the interaction of internet and technology with politics, does it result in strengthened democratic processes and more effective governance or does it offer new challenges which complicate the political sphere?

As already stated above, technology is a crucial tool to enhance information sharing, efficiency and transparency that are crucial for good governance and consolidated democracies. However, especially in less developed countries, technology costs and thus access to technology is limited to those who can afford it. In this way, the gap between those who can fully benefit technological tools and those who can’t access it is growing. Whereas in developed countries, technology increases political participation. Social media is one of the examples that allow people to get news instantly and at a same time be part of the public opinion and express their voice not only during elections but at every matter that influences their living.

What can you tell us about the approach of teledemocracy and the way that technology can enhance democracy?

If used properly, technology can assist in rebuilding trust for the citizens by improving the communication  with their respective elected representatives. Additionally, technology brings forward the capacity to transform democracy from a representative system of government to a direct one in which public opinion affects public policy directly rather than only the candidate. Moreover, technology can also help candidates themselves address a wide array of issues rather than limit on only a few hot issues because of financial constraints.

Which is the most prominent technological innovation related to democratic development?

Certainly , the internet and more particularly the social media. It can be accessed by everyone, regardless of class, status, gender, age, location etc. It is free and easily up-datable at all times as well as easy to be followed. Everyone nowadays remembers how social media helped the realization of the so- called Arab spring revolutions.

From your own personal and professional experience as a lecture, how do you see the youth engagement in politics? Are they exercising their citizenship and political participation intelligently?

I have experienced my job as a lecturer in Turkey and in Albania. I can say that there is a great difference between the Albanian and the Turkish youth. In other words youth engagement in politics is influenced from a variety of factors like education, political regime in their living country , economic opportunities, rather than technology alone. However, it is crucial what  we have been discussing so far: how much we teach the youth on the benefits of technology and how much we warn it against the disadvantages.  Overall, I am witnessing a youth full of energy to positively change politics but also that can be quickly misled by the huge amount of uncontrolled information offered by the modern technological devices.

How do you evaluate the performance of democracy and technology in a long term?

I am strongly in favour of technological advancement and I believe that if used effectively, it can largely facilitate political participation. However, in order to fully and correctly use technology we have to work on the factors that hinder access especially for the poor and rural population. Technology itself cannot advance democracy however if used properly it can largely help.

Reina Shehi is at present a lecturer at Epoka University in Albania, at the department of Political Science and International Relations. Her modules of teaching are Democracy and Democratization, Conflict Analysis and Resolution, Sociology. She has contributed in the academic field with various books and proceedings such as: ‘Voting for Democracy: The Experience of Albania” (2010), “Balkans Foreign Affairs, Politics and Socio-Cultures”(2011) and ”Democracy Promotion in Albania”(2013).